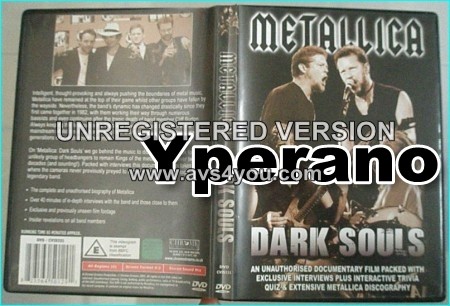 On ‘Metallica: Dark Souls’ you go behind the music to discover what it took for this unlikely group of head bangers to remain Kings of the Metal Scene for over two decades (and counting!). This documentary film takes you where the cameras have never previously preyed to achieve an uncensored look at a truly legendary band.

A powerful and uncompromising heavy metal band, Metallica managed the rare feat of rising from the underground of thrash to become the biggest rock group on Earth, and despite many changes in their lineup, their approach, and their sound, at the end of the day Metallica never stopped playing their music in their own way and on their own terms.
Metallica: Dark Souls Unauthorized is a documentary which combines newsreel footage with interviews with people who know the band to fashion an inside look at one of the most powerful forces in hard rock. Produced without the participation of the group or their management, Metallica: Dark Souls Unauthorized features no music or performances from Metallica. 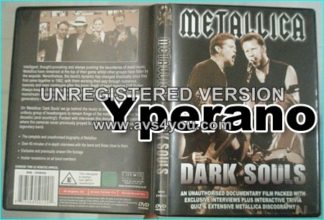