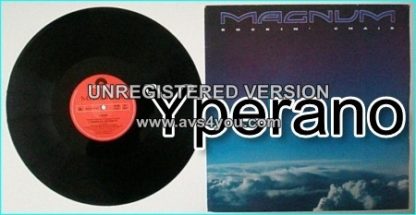 Hailing from Birmingham, U.K, this melodic rock band had some notable success during the 80’s. ‘On a Storytellers Night’ was their big breakthrough in 1985, and their most successful album in 1988 ‘Wings Of Heaven’. They had huge hair and loud guitars, and in 1990 released the album ‘Goodnight L.A’, which peaked at no 9. This single was taken from that album and was the 2nd highest chart single they had, peaking at no 27.

Be the first to review “MAGNUM: Rocking Chair 12″ 3 tracks. Contains killer unreleased track “Where do your run to”. 1990 check VIDEO” Cancel reply 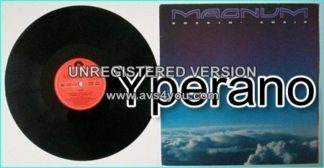