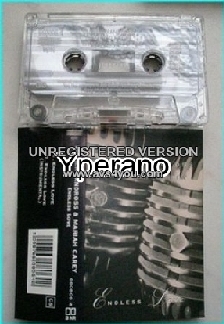 (live DUET)
ENDLESS LOVE
In September 1994, Luther Vandross released “Endless love”, a duet with Mariah Carey from his album “Songs”. “Endless love” had been a huge hit for Diana Ross and Lionel Richie in 1981, when it sold more than 2 million copies. This version was produced by Walter Afanasieff, which provided the connection between the two singers, as did the record label, with Luther Vandross also appearing on Columbia. On October 1, 1994, “Endless love” had reached its highest point, number 2 on the Billboard Hot 100.

My love,
Theres only you in my life
The only thing thats bright

And your eyes
Your eyes, your eyes
They tell me how much you care
Ooh yes, you will always be
My endless love

Two hearts,
Two hearts that beat as one
Our lives have just begun

‘Cause you,
You mean the world to me
Oh
I know
I know
I’ve found in you
My endless love

Oooh, and love
Oh, love
I’ll be that fool
For you,
I’m sure
You know I don’t mind
Oh you know-
I don’t mind

And, YES
You’ll be the only one
‘Cause NO one can deny
This love I have inside
And I’ll give it all to you
My love
My love, my love
My endless love

Mariah and Luther definitely sung this better than Lionel and Diana.
Walter Afanasieff produced Luther Vandross and Mariah Careys cover of the song for Vandross’ Epic Records-released album Songs, and it is known for being Careys first “high-profile” duet (an earlier duet, “I’ll Be There,” was with the then-unknown background singer Trey Lorenz). At the 1995 Grammy Awards, the song was nominated in the new category of Best Pop Performance by a Duo or Group with Vocal.

Sony Music Entertainment President Tommy Mottola suggested that Vandross record Songs, an album of cover versions. Featuring Vandross’ versions of songs like Stephen Stills’ “Love the One You’re With,” Heatwaves “Always and Forever,” and Roberta Flacks “Killing Me Softly,” the album was shaping up to be a major career accomplishment. To give the album a bigger boost, Mottolas wife, Mariah Carey, came up with the idea to remake “Endless Love” as a duet with her. Lionel Richie and Diana Ross had originally recorded “Endless Love” in 1981, and the song spent nine weeks at number 1. Although Luthers album was already set to contain one Lionel Richie composition, “Hello,” it was obvious that having the most-popular female singer on the Sony label singing on the album would be a benefit.

It remained in the top forty for thirteen weeks, and was ranked number 56 on the Hot 100 1994 year-end charts. It was also an improvement over Carey’s previous single, “Anytime You Need a Friend,” which had missed the top ten. It was certified gold by the RIAA.
The song was a success outside the U.S, reaching the top of the chart in New Zealand (for five weeks) and the top five in the United Kingdom, Australia, Ireland, and the Netherlands. It also reached the top twenty in most of the countries. It was certified gold in Australia by ARIA and in New Zealand by RIANZ.
Total sales in the UK stand at 230,000.

Two music videos were released for the single; one features Carey and Vandross recording the song in a studio, and the other shows the two performing the song live at Royal Albert Hall.