Time’s Up is the second (and definitely their best ever) studio album by the band Living Colour, released on August 28, 1990 through Epic Records. It was the follow-up to their successful 1988 album Vivid. Time’s Up features a wide range of genres and also includes cameo appearances by Queen Latifah, Little Richard, Doug E. Fresh, Maceo Parker and James Earl Jones. The album reached gold status, peaking at No. 13 on the Billboard 200, and won a Grammy for Best Hard Rock Performance. In The Village Voice’s annual Pazz & Jop critics poll for the year’s best albums, Time’s Up finished at #5. It is the final album to feature Muzz Skillings on bass.

At a time when rock was increasingly looking beyond its own frontiers for inspiration, Times Up was a genre-mashing stake in the ground, taking in hard rock, modern jazz, funk and soul and more and binding them together with an incisive political spirit. Blistering opener Times Up is an powerful and eloquent statement of intent, and this is a seminal album.

Living Colour second album keeps up the tradition of Vernon Reid blazing, Hendrix-worthy guitar playing and Corey Glover scorching vocals; the band politics remain as unyielding as its hard rock is unflinching. TIME UP begins with a clock ticking behind a wall of noise, but the real bomb doesn’t go off until about halfway through, when Living Colour declares that “”Elvis Is Dead.”” “”Elvis was a hero to most, but that beside the point,”” Glover declares. “”A black man taught him how to sing, and then he was crowned king.”” From other bands, that might sound like hot air, but Living Colour pumps out an articulate sort of hard-rock that suggests it can back up its claims and arguments. This is a versatile hard-rock band, too: “”Type”” is danceable commercial rock, and “”Love Rears Its Ugly Head”” is one of the genre most funky ballads.

They can hurt me, jail my body
I’ll still be free
I’ve got the solace of you

Gotta go inside
Back to the beginning

5.0 out of 5 stars Forgotten gem of politically charged rock.,
Chuffing heck, this album does take me back to the early pre grunge American funk rock 1990s, absolute forgotten gem of funk/rock/metal, very experimental, with a social conscience.
Living Color were in the same mold of late 1980s early 1990s Red Hot Chili Peppers, Primus and Faith No More, but with a lyrical cutting edge.
From the versatile guitar work of Vernon Reid, switching from funk to metal in one movement to Corey Glover superb vocal range this album just fires on all cylinders.
From the charged ‘Love Rears Its Ugly Head’ (the albums most famous track and first single in 1990) to the more political `Type’ there is a vast assault on your senses on offer here, admission tickets are available. 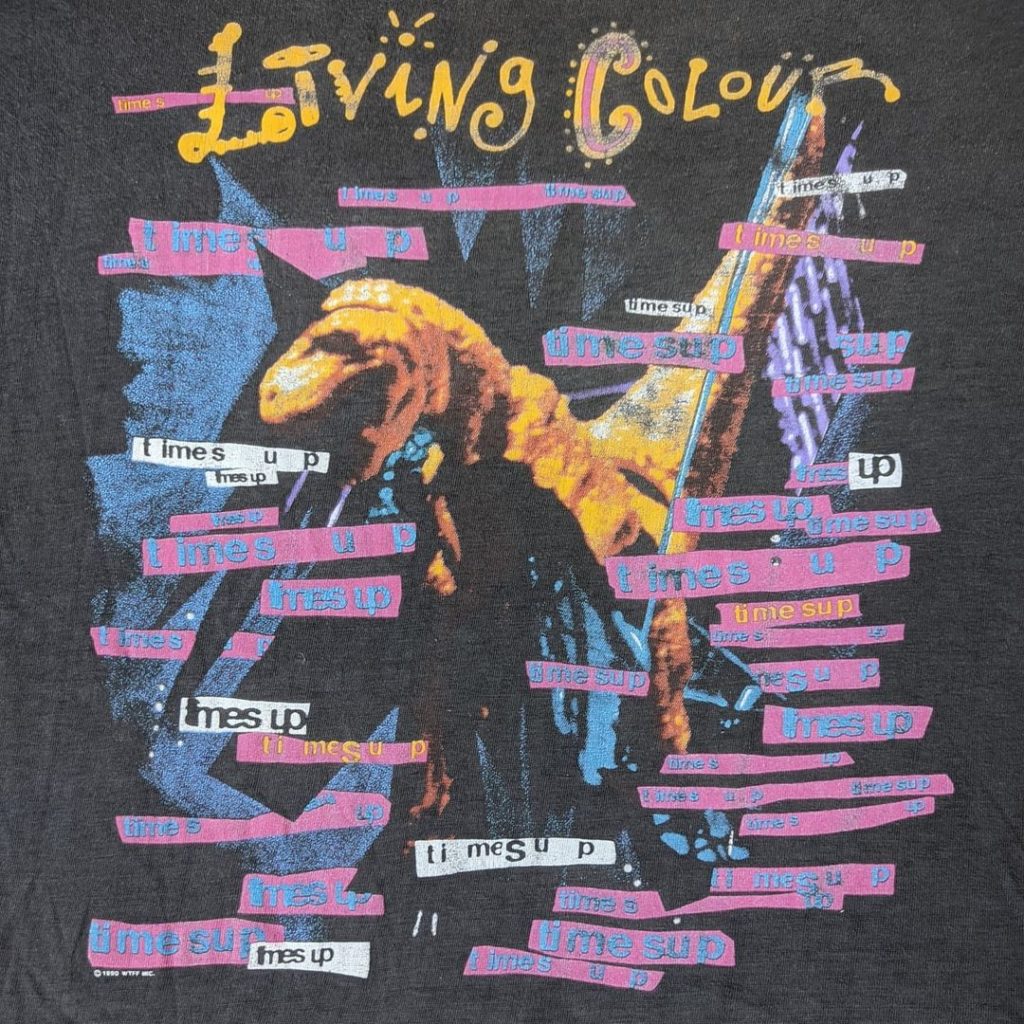 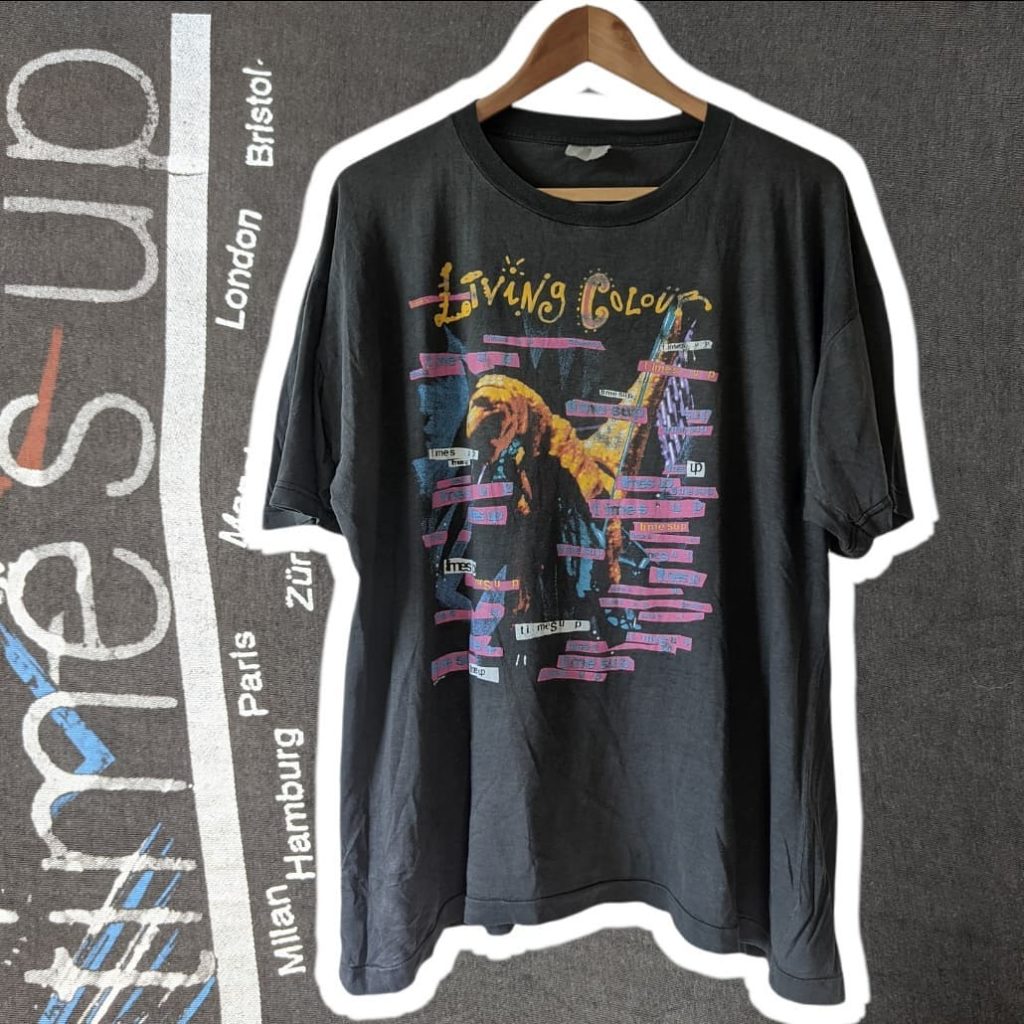 ===========================================
5.0 out of 5 stars I got it with a warning!!,
This is the only album I have ever been warned about by the person behind the counter!! Seriously – the shop assistant said “”If you’re buying this because you liked ‘Vivid’ then you might not be pleased.”” I was a little worried when I got it home. I need not have been. From the virtual thrash stomp of the title track to the excellent Muzz Skillings song someone Like You’ (whatever happened to Muzz?) and the brilliant olace of You’ this album is typical of Living Colour versatility. Superb writing and musicianship and although ‘Vivid’ is more immediate (and therefore popular) I believe this to be the stronger ALBUM. Excellent band who spilt criminally early.

5.0 out of 5 stars Even the album cover great!
As I wasn’t born yet or too young to notice when Living Colour were in their prime, I’d never really discovered them until sometime last year after hearing the fantastic “”Cult of Personality”” on GTA: San Andreas. After hearing that one song I decided to buy a few of their CD and so far I have about 7 and this is my pick of the bunch!

Time Up is by far one of the best albums I’ve ever heard and here a run-down of all the songs.

1) Time Up – Strange Opener, nonetheless a great song. Very fast for most of the song but occasionally turns into a slower riff. Great lyrics, wicked bass!

2) History Lesson – An early interlude, nothing major musically. The album has a couple of short tracks like this and this I think is an introduction to the next song with samples about religion and african slaves.

3) Pride – This is just a wonderful song, and a little similar to “”Cult of Personality””, powerful lyrics, fantastic guitar by Vernon Reid who delivers yet another smashing solo not to mention one of the best choruses ever! The Best on the album, pure brilliance.

4) Love Rears Its Ugly Head – Slow bluesy track about hating someone you are supposed to love. A really good song with a good solo.

5) New Jack Theme – Possibly the “”heaviest”” song on the album and quite a good one too. Great vocals and about half way through their is a decent breakdown, the drumming is great also.

6) Someone Like You – All round brilliant track, great chorus and a real grower.

7) Elvis Is Dead – What can I say about this? As in another reviews it quite bizarre being with funny lyrics and samples but has a stronger meaning, although not one of my favourites.

8) Type – Fantastic from start to finish and it clocks in over 6 minutes, just full of great vocals, lyrics and of course, guitar. Yet another great chorus but then a better bridge.

9) Information Overload – After first listening to the first 30 seconds of this song you’ll think Tom Morello was their new guitarist, but after that it kicks into to another top song, quite similar to the track before in that it has a quality chorus and bridge but also includes the best solo on the album.

10) Under Cover of Darkness – After a series of rocky tracks they slow it down again with a jazzy track, very sleazy and includes standout bass.

11) Ology – This is another short interlude interlude but I really like it, it just has one of them beats that I like and it quite catchy too.

12) Fight the Fight – Starts of with dreamy guitar and verse but then kicks into another rocky song with great drumming and solo to match, in the lyric insert, it says this song is to celebrate the prison release of Nelson Mandela so I should hope he were rockin’ out to this one.

13) Tag Team Partners – Another Interlude, basically the group beat boxing for 47 seconds, nothing too interesting.

14) Solace of You – The last of the softer songs and my favourite of them very up-beat and uplifting, just a nice song.

15) This Is The Life – Probably the 3rd best song on the album (I can’t decide a 2nd best). The song is very powerful but not political like their other powerful songs, the message is to simply appreciate the life you have and it a great ending to a great album, musically, lyrically and vocally (Is that a word?) Slow but rocky.

So their you have it, a little review of each track, you may have to give the album a bit of time to fully appreciate it as I did, I bought it in May (2006) and have come back to it now and I love it.
BUY! BUY! BUY!”