Little Texas is an American country music band started in Nashville, Tennessee in 1988. Warner Bros. signed Little Texas in 1989, and two years later, the band released their debut single “Some Guys Have All the Love“. This song, which reached No. 8 on the U.S. Billboard country singles charts, was the first of five singles from their debut album First Time for Everything. After the debut single came the album’s title track at No. 13, “You and Forever and Me” at No. 5, “What Were You Thinkin’” at No. 17 and finally “I’d Rather Miss You” at No. 16. The album was then certified gold by the RIAA for shipping 500,000 copies in the US.

First Time for Everything bears the strong influence of mellow ’70s pop, especially on hits like “”You and Forever and Me”.

First Time for Everything is the first studio album by country music band Little Texas. Released in 1992 on Warner Bros. Records, the album was certified gold by the RIAA for sales of 500,000 copies. Five singles were released from it: “Some Guys Have All the Love”, the title track, “You and Forever and Me”, “What Were You Thinkin'”, and “I’d Rather Miss You”. Respectively, these reached #8, #13, #5, #17 and #16 on the Hot Country Songs charts. 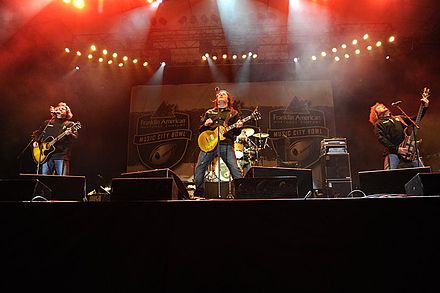 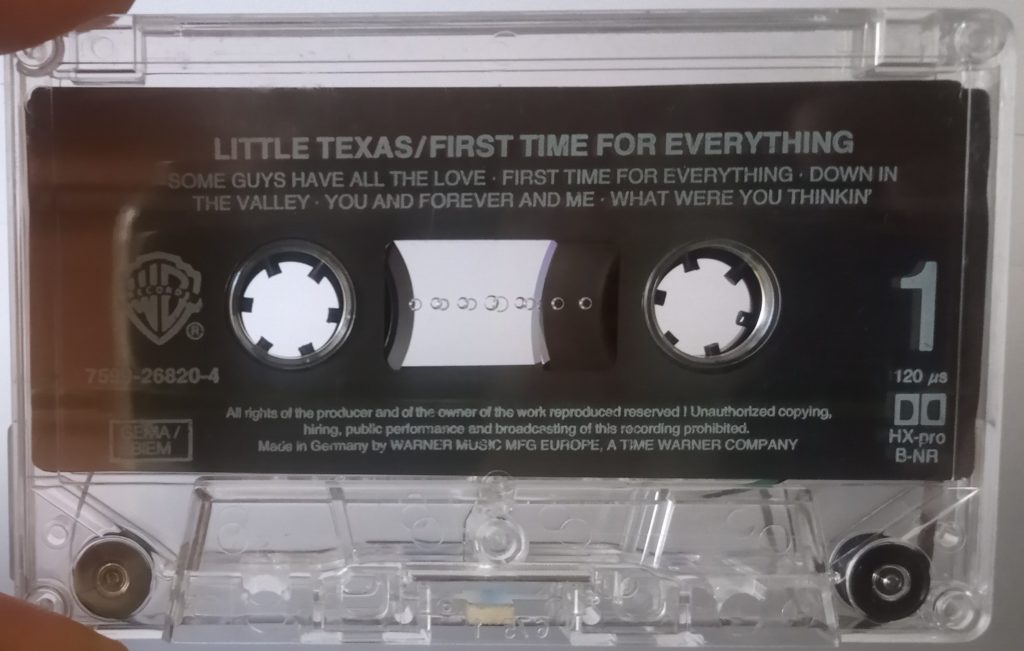 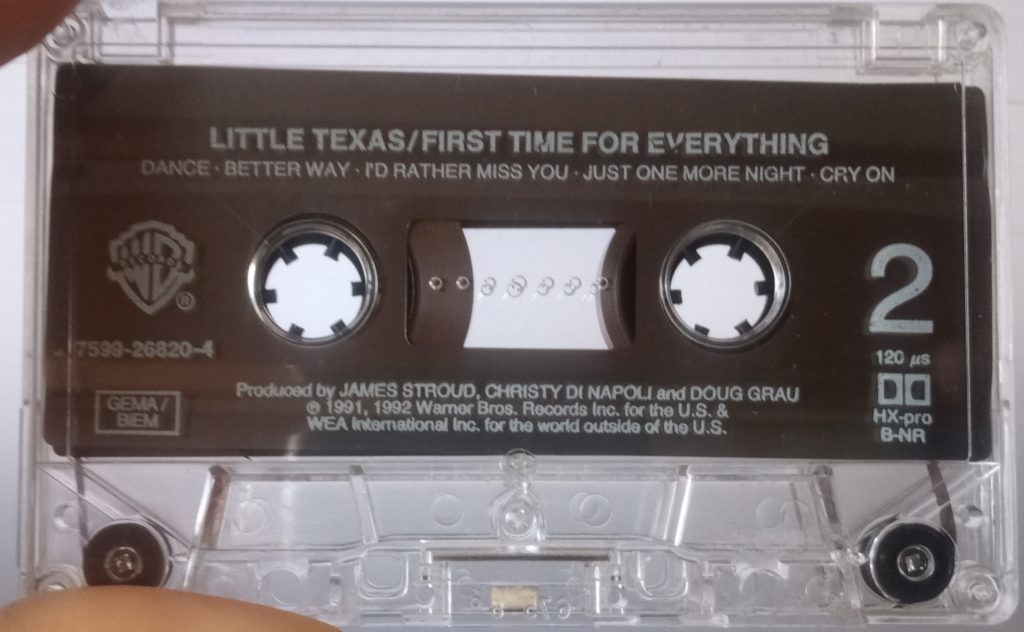 Be the first to review “LITTLE TEXAS: First Time For Everything [tape cassette] 1992 Great combo of A.O.R and light country rock from Nashville, Tennessee. Check videos and audio” Cancel reply