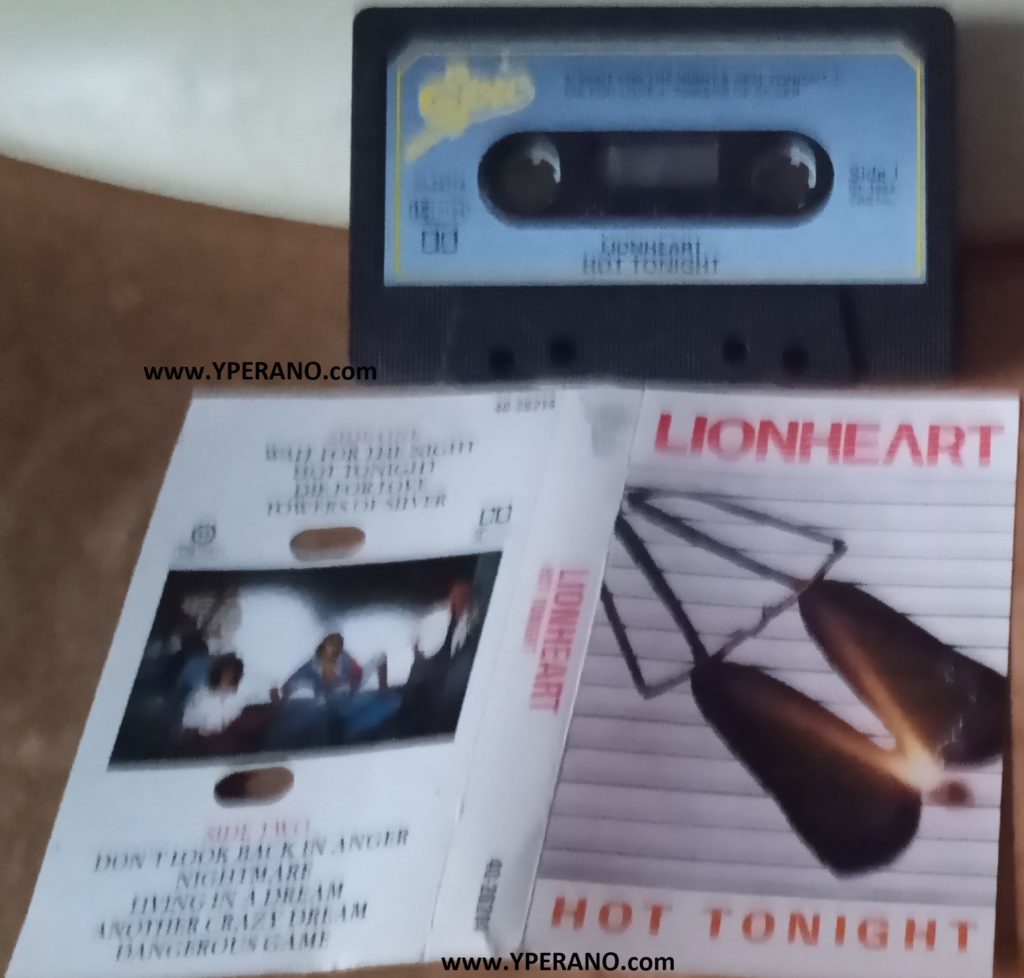 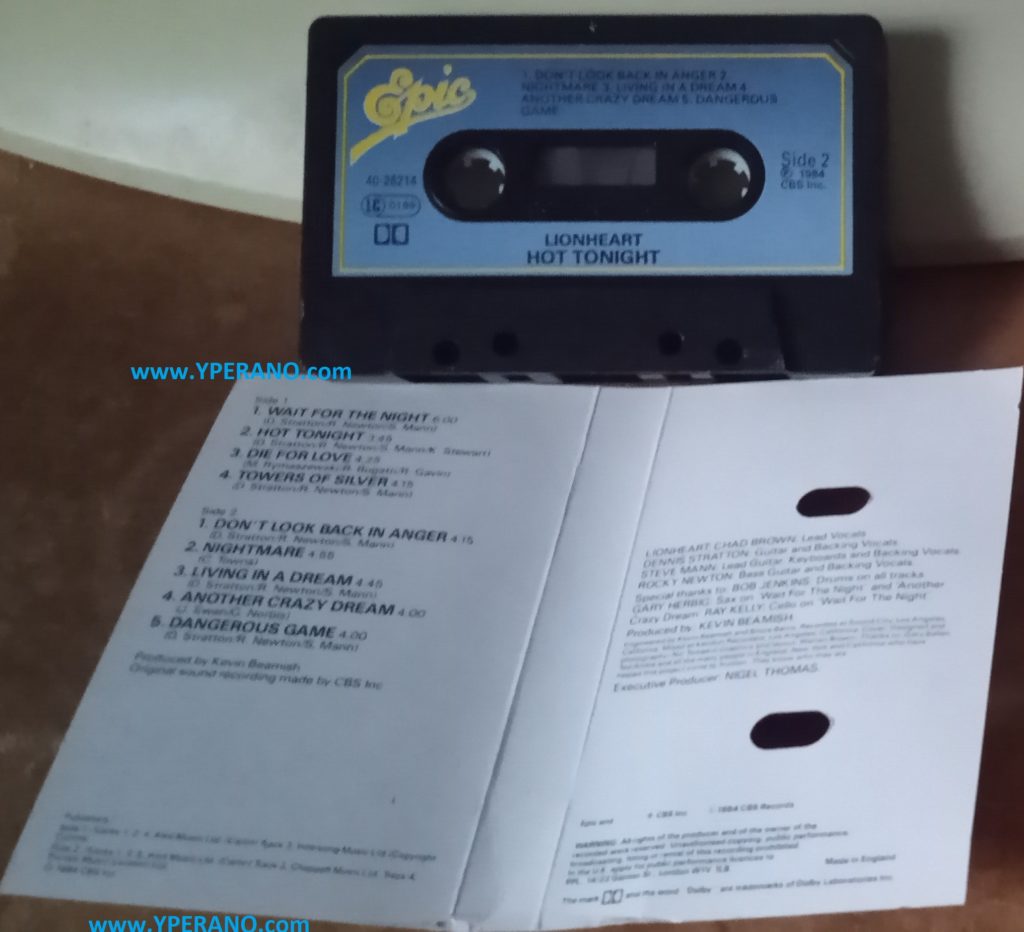 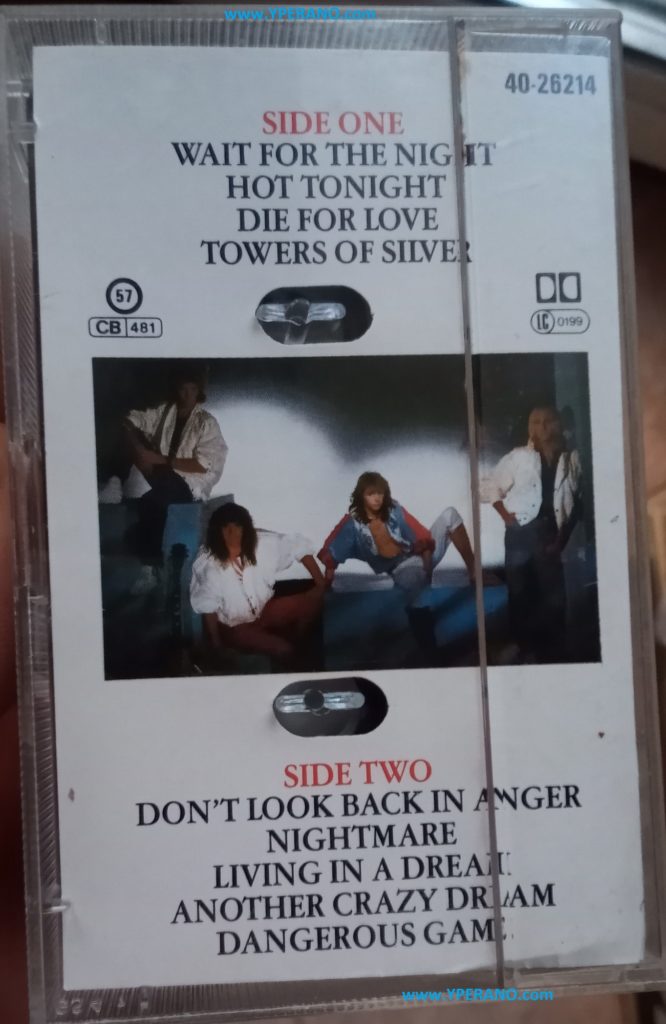 Hot Tonight  the band’s sole album release is amongst a handful of fantastic melodic hard rock releases that were to come out of the UK in the ’80s, right up there with the very best that Airrace, Strangeways and the like could lay claim to. In Chad Brown, they had one of the most powerful and distinctive voices in rock and with songs of the quality of the title track,  Die For Love  (who remembers the seldom seen video featuring Rik Mayall?) and  Towers Of Silver, Lionheart proved that they more than had the skills to pay the bills.

This is a must have! 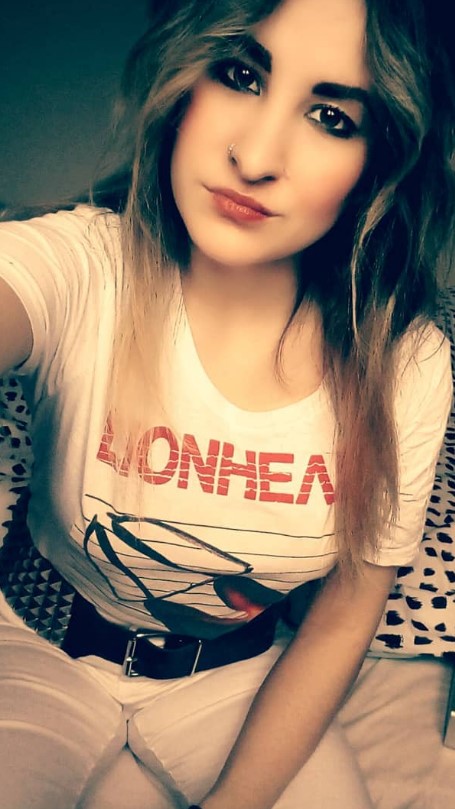 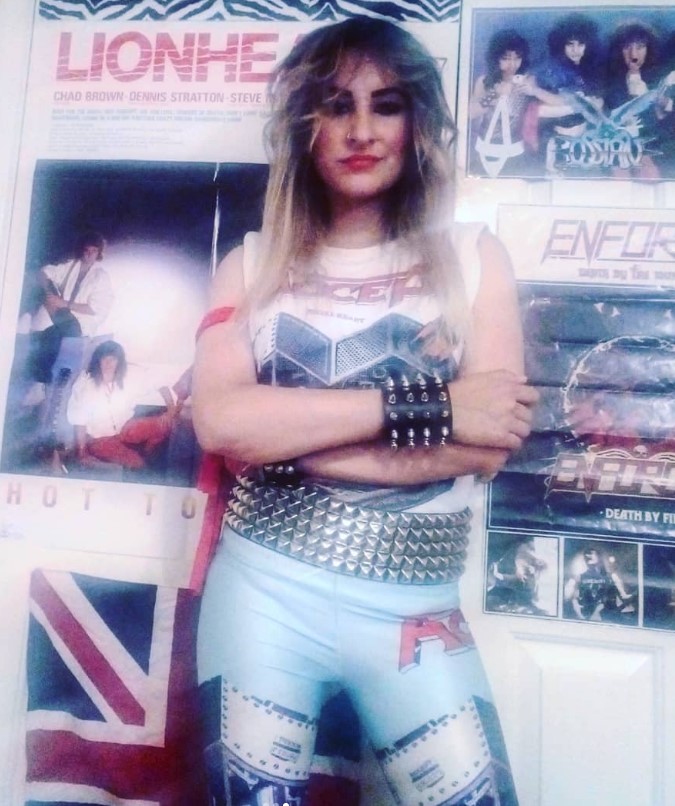 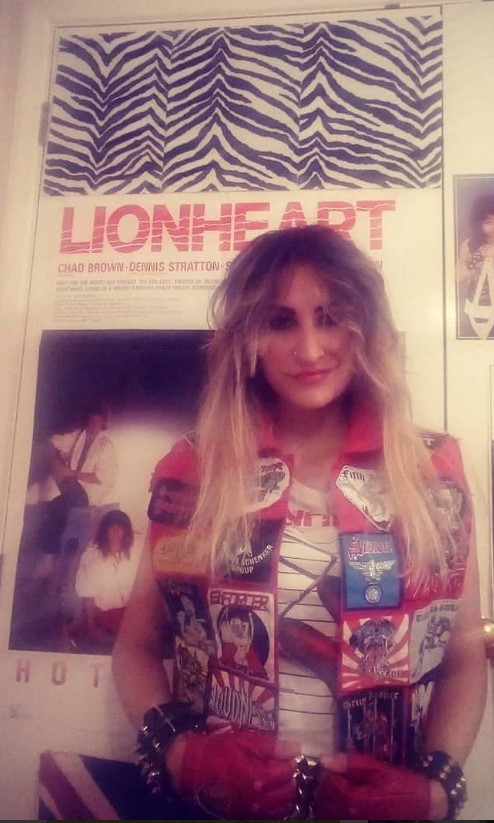 Suppose you’d call them something of a NWOBHM  super group  given the collection of various well-connected names which passed through the ranks and put out just the one album  Hot Tonight in 1985.
Formed in 1980, Lionheart boasted Dennis Stratton (ex-Maiden)and Jess Cox (ex-Tygers Of Pan Tang) to give some weight to the  super group  tag with the line-up also consisting of Steve Mann (ex-Liar), Rocky Newton and Frank Noon. A none-too-well received debut at the Marquee saw Cox shown the door with Rueben Archer replacing him. Archer was in Lautrec thus keeping the NWOBHM connection intact.
With the support slot to Def Leppard secured in 1981 it looked like Lionheart were set for the big time though the line-up changes were somewhat frequent as ex-Judas Priest drummer Les Binks replaced Noon who went on to Wild Horses as did Archer for a while then Clive Edwards came in the opposite direction (Wild Horses to Lionheart) shoving out Binks. Confused? Yeah, me too.
Anyhoo. It didn’t quite happen for them although they did bag a deal with the American arm of CBS eventually which saw yet more personnel upheaval and a new singer (Chad Brown) and yet another butt on the drum stool in the form of Bob Jenkins. And lo, their one and only album was created. Given the band’s rich NWOBHM pedigree, Hot Tonight turned out to be something of a radio friendly AOR-tinged offering perhaps aimed at the American audience.
Sadly for Lionheart, Hot Tonight did not do the business in terms of sales though the band did sterling keeping the HR department busy whilst temporarily soldiering on. Two former members of Grand Prix came in (Phil Lanzon and Andy Bierne) for a bit though it made no difference and Lionheart disbanded in 1986 after a brief but promising career.
Although Hot Tonight is not exactly out-and-out NWOBHM, don’t let that put you off. Whilst more melodic that power-chord crazy, it is a fine piece of NWOBHM-related obscure worth the curiosity of checking out. 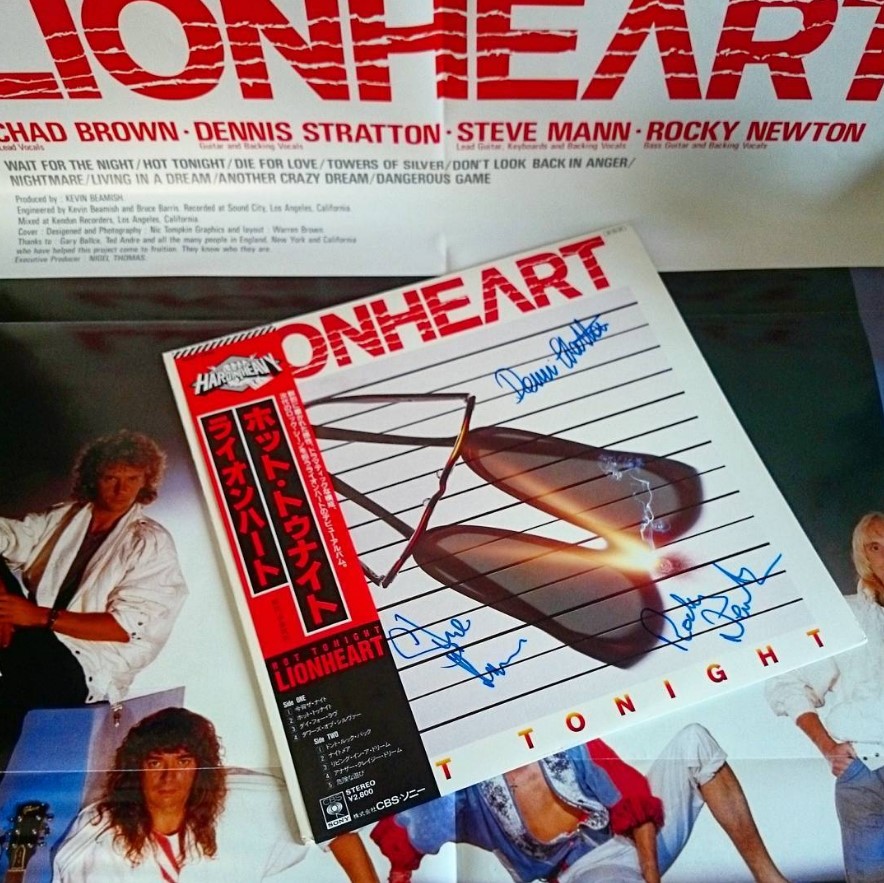 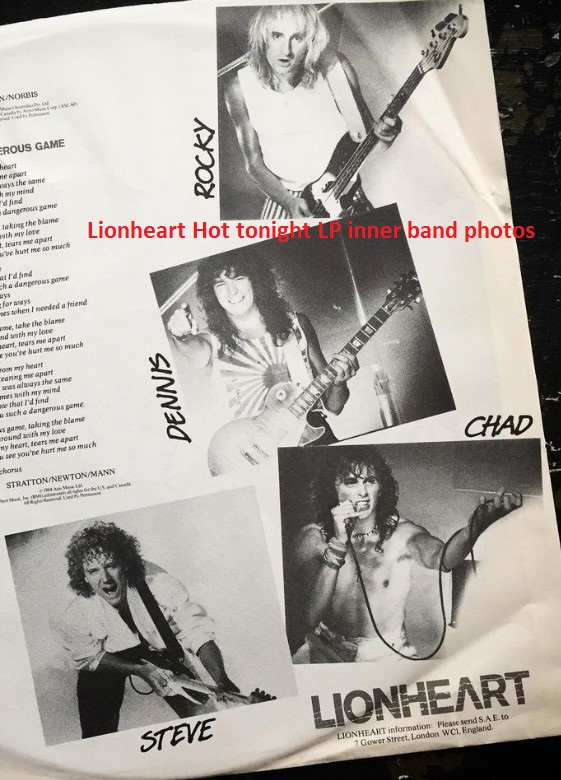 Dennis Stratton’s first band after leaving Maiden, this is the most un-Maiden thing you could ever hear whilst still remaining in the hard rock genre. I’m not complaining, ‘cause I love albums like this, as well as early Iron Maiden, but I wonder how many die hard Maiden fans bought this and then did a bit of sick in their mouth on first listen. This is melodic AOR drenched in keyboards and harmony vocals, maybe comparable to a less bluesy, more pop orientated early 80s Whitesnake. One ballad, but the rest  is pretty rockin’. A pretty good album and I’m surprised they didn’t do a follow up back in the day. Stratton ended up in Praying Mantis in the 90s and also did a couple of albums with his old cohort, Paul DiAnno, also known as the greatest singer Iron Maiden ever had! 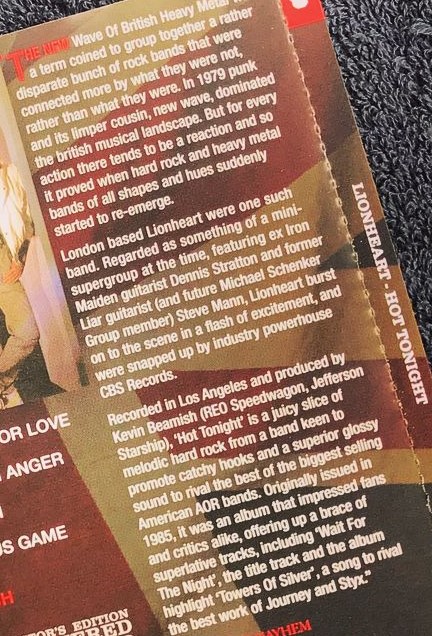 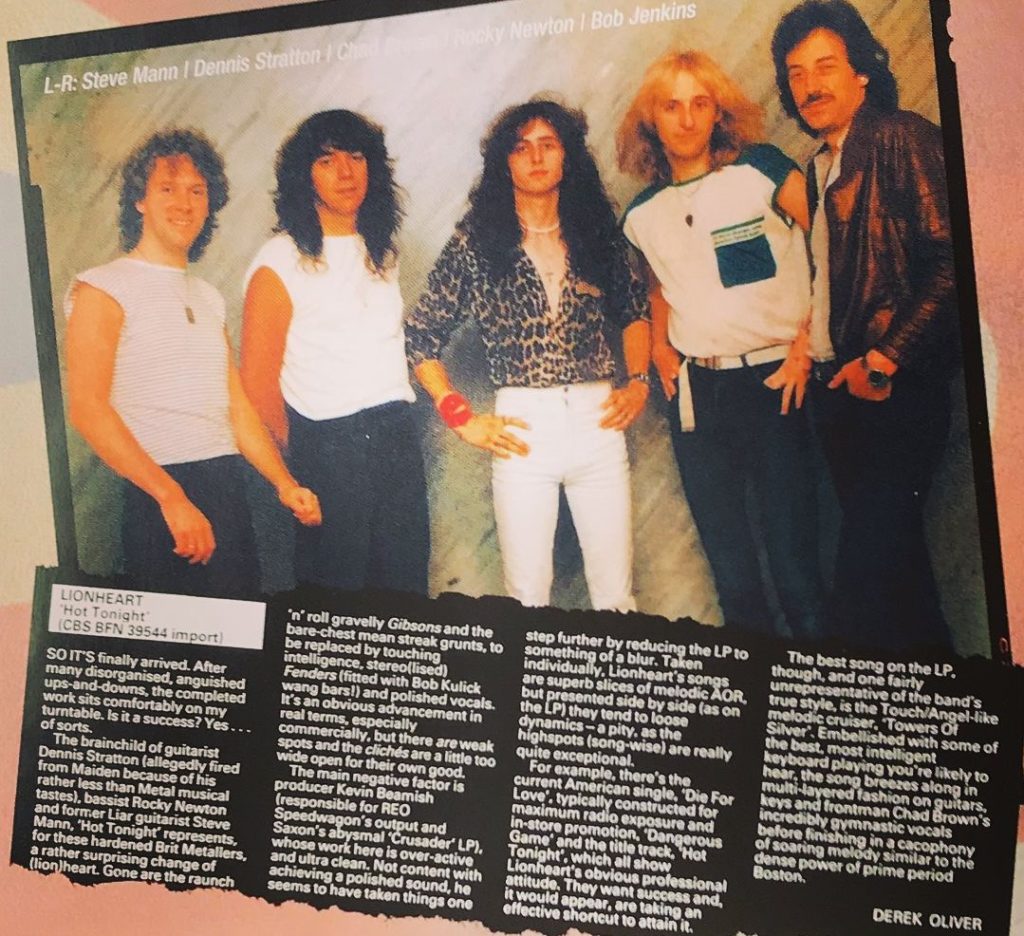 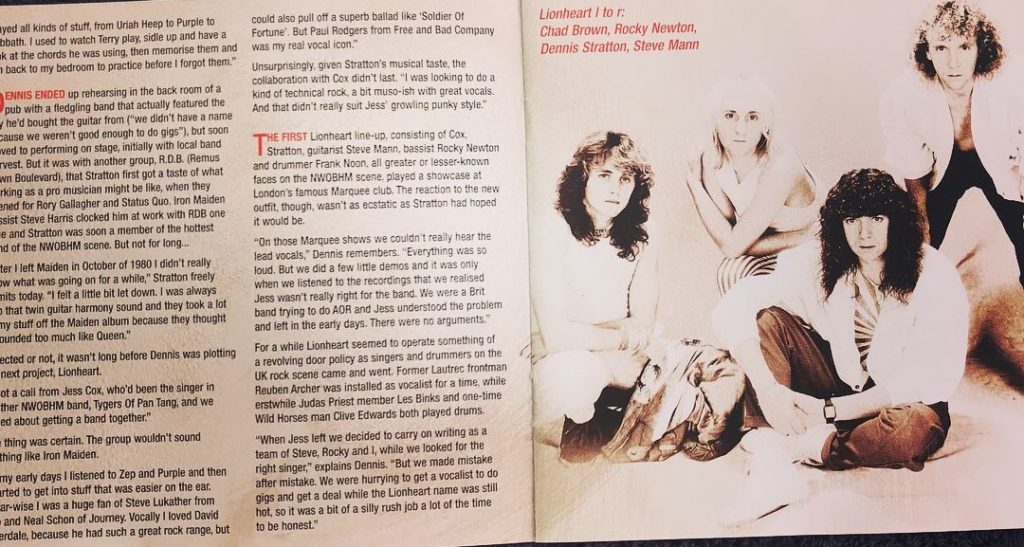 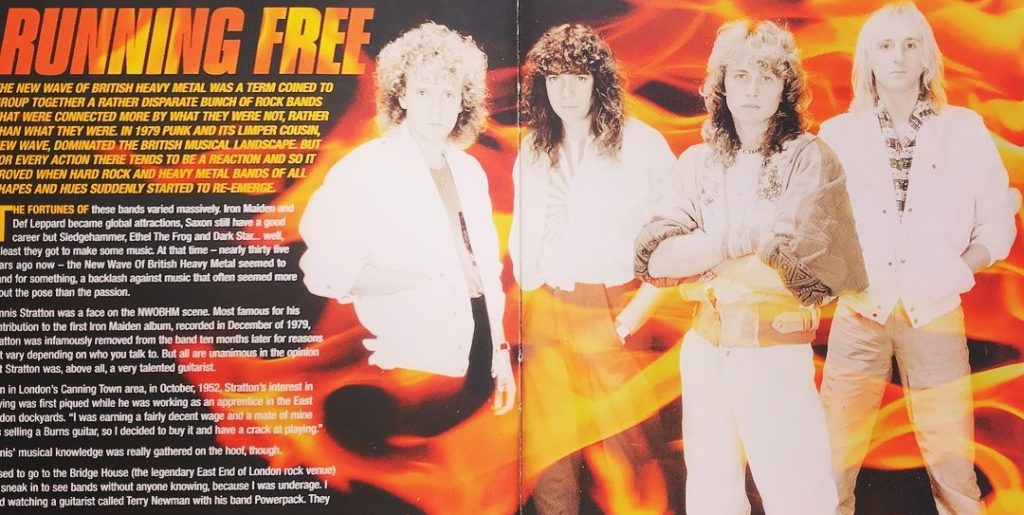 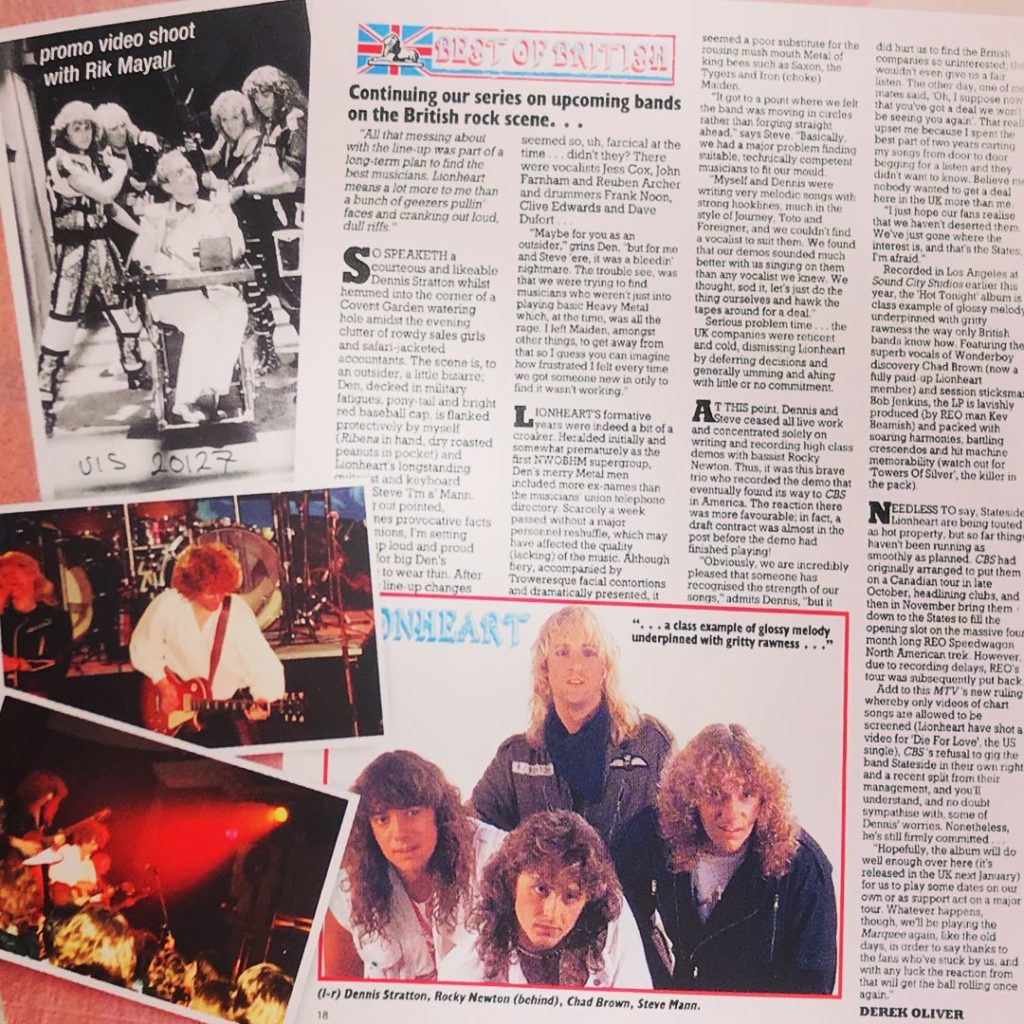 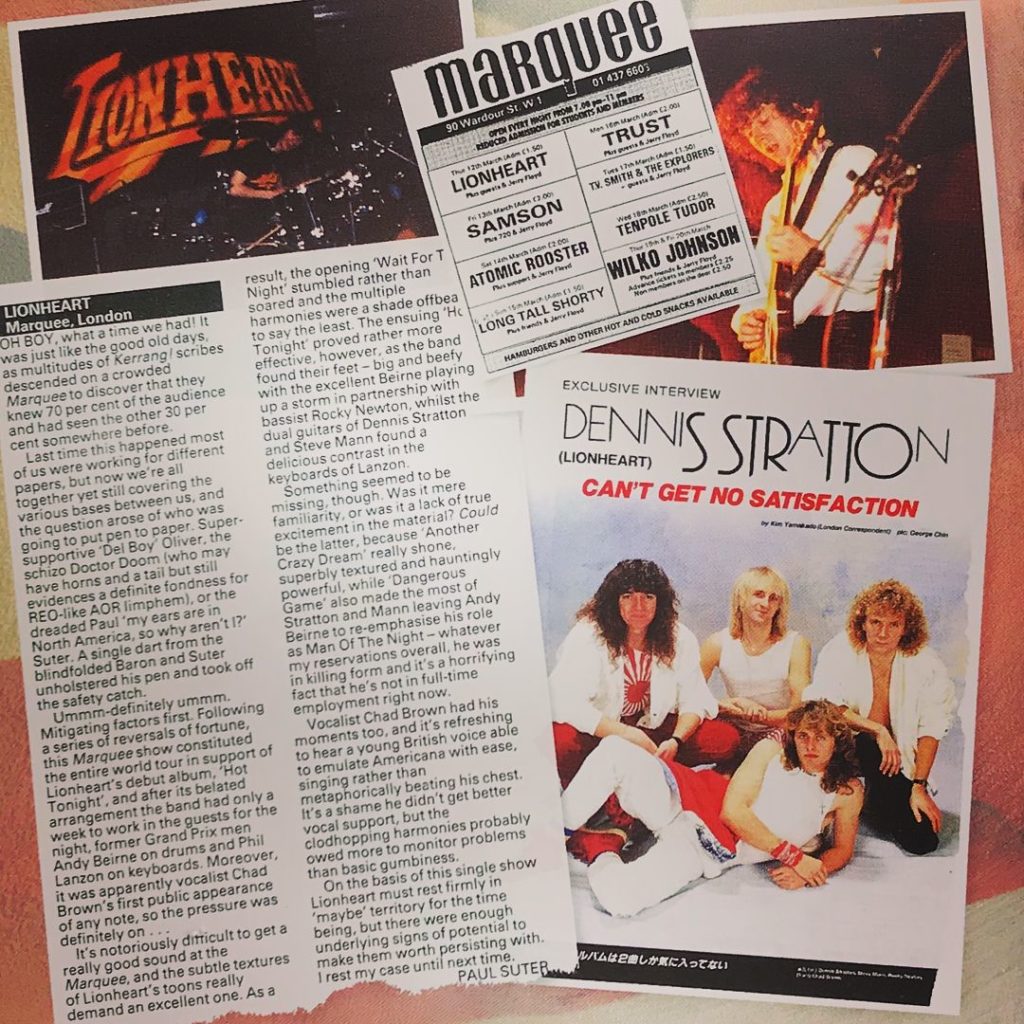