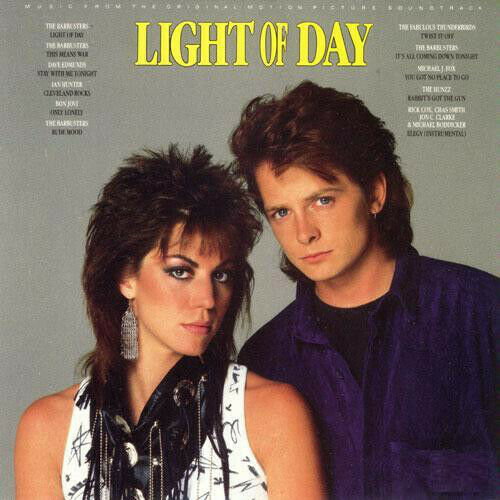 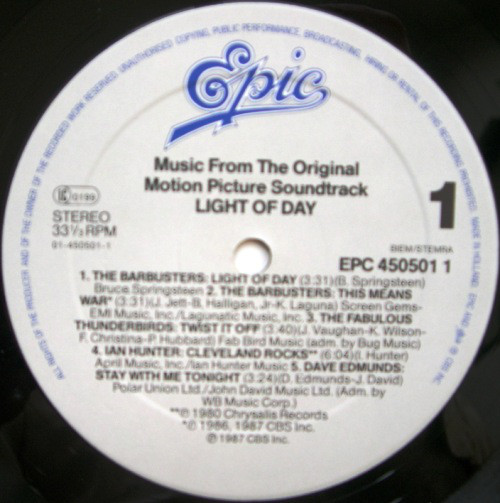 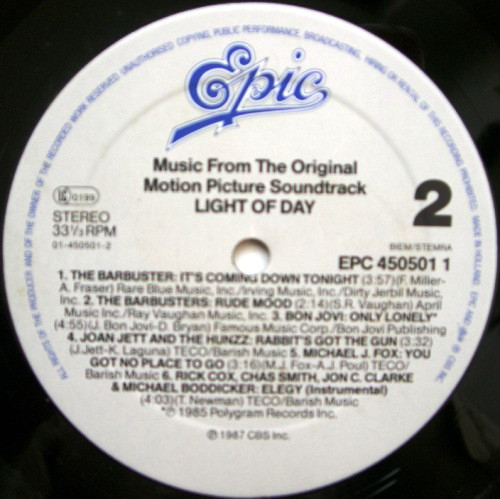 Light Of Day (Music From The Original Motion Picture Soundtrack)

Back in the early ’80s, filmmaker Paul Schrader was working on a script about a blue-collar band from the east coast. Schrader wanted to make sure his depiction of a struggling bar band was authentic, so he had his friend Bruce Springsteen take a look at a draft of the script. I don’t know if Bruce liked the script, but he sure liked its working title: Born In The U.S.A.

A few years (and about 20 million albums sold) later, Schrader was finally ready to make his movie. He couldn’t really call it Born In The U.S.A. by that point, of course, so Springsteen made up for his thievery by penning a new title song for the film. That song was called “Light Of Day,” and it’s still a crowd favorite at Bruce shows to this day.

In the movie, Joan Jett and Michael J. Fox are siblings who front a band called The Barbusters. The Light Of Day soundtrack credits four tracks to The Barbusters, but I’m not sure if Fox and fellow film bandmate Michael McKean actually play on any of the songs. “This Means War” had been released by Joan Jett & The Blackhearts a year earlier, and the version on the soundtrack sounds like it was simply remixed from the original Blackhearts session. Fox definitely does sing on the bluesy “You Got No Place To Go,” a song he also co-wrote.

The Light Of Day soundtrack has been out of print for years!