Lee AARON: Bodyrock [tape 1989] THE Canadian METAL QUEEN. Check videos incl. “Whatcha Do to My Body” and “Hands On”.

THE METAL QUEEN. Always in our hearts. 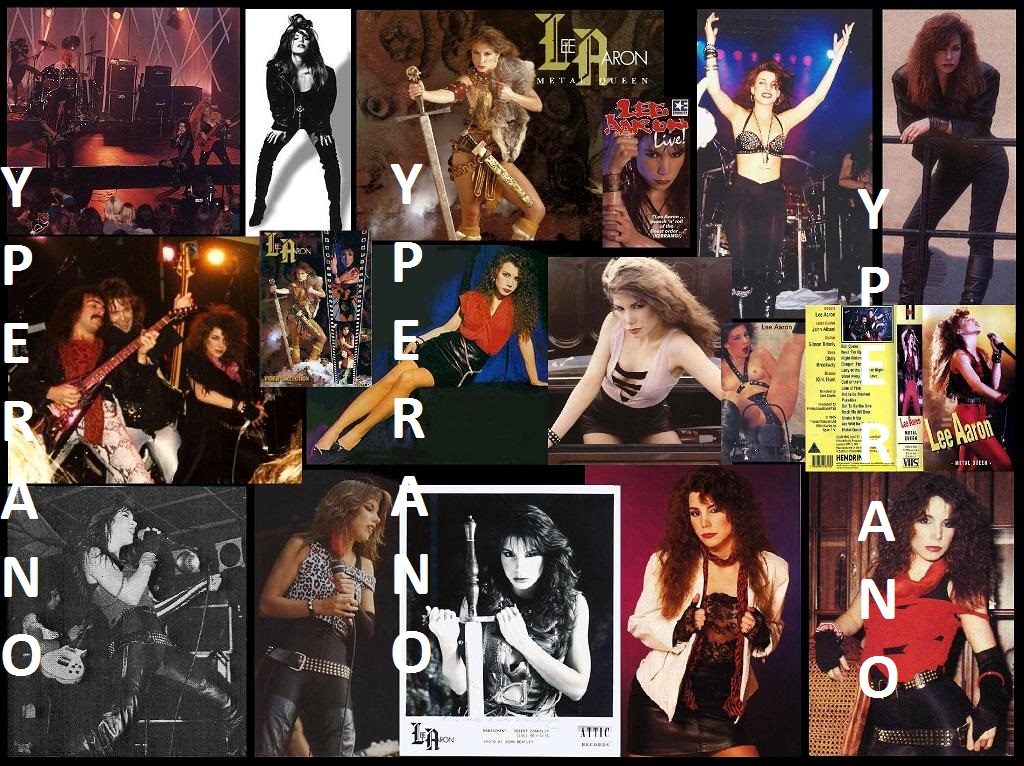 This was the LP that put her among the elite of the female rockers in the mid 80. An all time favorite female Hard Rock / Metal singer. She had a big following in Canada and Europe. Lee had the looks, the voice and certainly the band behind her to do great things, so the music is outstanding, especially because it is added by Bob Ezrin (Kiss, Pink Floyd, Alice Cooper, Aerosmith, etc) producing talents. “”Body Rock”” is quite a bit more commercial than “”Metal Queen”” or “”Call of the Wild,”” which actually suits Aaron voice quite well. Apparently many others thought the same thing, for within a year of it release, “”Bodyrock”” sold over 200,000 copies. As with “”Call of the Wild”” repeated listens are what is required to really enjoy this. I don’t know that I would actually label this heavy metal, but more commercial hard rock, but regardless, I think anyone into the 80 style of pop metal would enjoy this disc.

‘Bodyrock’ is an AWESOME 80’s metal album!! GREAT Lee Aaron videos from back in the days when music was REAL and there was some normality in the world. Lee Aaron is an amazing Canadian Rock Goddess!! I wish they STILL made music as COOL as this nowadays!!

5.0 out of 5 stars Lee Aaron rocks!, I have Lee Aaron albums, and this one is definitely my favorite! I love every track on this tape. Among my favorite tracks is “Rock The Hard Way”; she also does a wonderful cover of Montrose “Rock Candy”. Lee has a wonderful voice, powerful but feminine! I would absolutely recommend this for hard rock fans, and anyone wanting to discover Lee Aaron for the first time. 5.0 out of 5 stars Love my body?, This is album #5 from the Canadian “metal queen”, and is filled with catchier tracks than her previous efforts. The energy is still there, but with more polish and commercial appeal than before. Some tracks seem to stand out more than others, possibly because there appears to be more passion in them. Good rock with strong vocals: the musicianship will impress, and I think it the most constant after “Metal Queen”.

5.0 out of 5 stars awesome for all rock listeners and ages. Was introduced to this album in Uni and became addicted. I was not into rock at the time, so I was converted! The music is upbeat and definitely gets you in the mood for going out on the town. A must if you are going to introduce someone to rock. 5.0 out of 5 stars Perfect! I first got turned on to Lee Aaron while working in broadcasting and watching Canadian Music Tv. One of Lee best I think. My favorite track would have to be “Sweet Talk”, which I also have on video from MuchMusic.

5.0 out of 5 stars  there was a lot of great female singers back then. To name a few: Pat Benatar, Sandi Saraya, Doro Pesch, Ann Wilson, Fiona, Marie from Roxette even, Patty Smyth of Scandal, Trace Balin, Margaret Becker different genres but still great singers. The best one though was Lee Aaron.

Be the first to review “Lee AARON: Bodyrock [tape 1989] THE Canadian METAL QUEEN. Check videos incl. “Whatcha Do to My Body” and “Hands On”.” Cancel reply