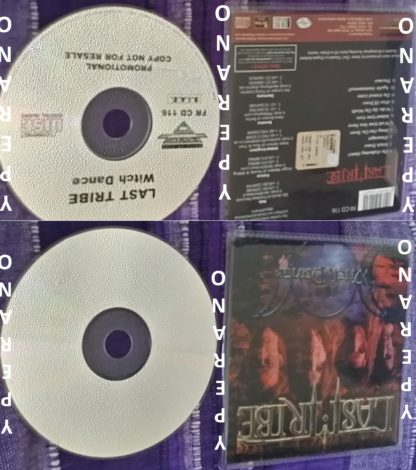 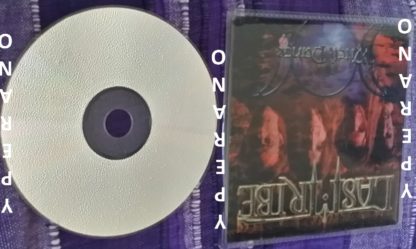 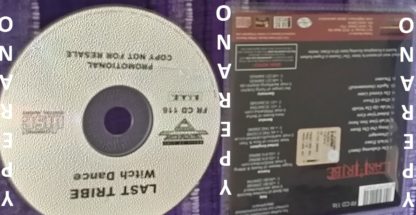 More power, more prog, more great songs! This is what the 2003 Last Tribe album has to offer to all the metal heads that enjoyed the first album of this Swedish band lead by guitarist Magnus Karlsson (Midnight Sun). There is also a new drummer around none other than ex-Flower Kings Jaime Salazar. Absolutely great stuff.

5.0 out of 5 stars Great cd from Great Musicians!,
2003 Last Tribes album has alot of power for the metal heads that enjoyed the first album of this Swedish band lead by guitarist Magnus Karlsson (Starbreaker, Midnight Sun ). If you enjoy Masterplan, Dream Theater, Elegy etc you will enjoy this cd. It has elements of Progressive, Power and good ole Heavy Metal. The guitar work is superb and vocals are great. The production is outstanding!! crystal clear and loud ( produced by Anders “Theo” Theander & Magnus Karlsson ) Recorded at Roastinghouse Recording Studios in Sweden ( alot of the Metal bands are!! )

I highly recommend it
———————————————————-
5.0 out of 5 stars Melodic Metal Masterpiece,
Don’t you just hate it when a really good band somehow escapes your notice? I absolutely love a good melodic rock/metal band, and make it a point to seek them out. Yet somehow Swedish band Last Tribe slipped by me.

I recently picked up the bands second album – 2002s Witch Dance – and was totally blown away. This is melodic metal at its best, reminiscent of Vanden Plas, Vanishing Point, Circus Maximus, early Royal Hunt, Pink Cream 69, and of course Starbreaker (which features Last Tribe guitarist Magnus Karlson). The music is powerful and melodic, with plenty of progressive elements. Every aspect of Witch Dance – songwriting, musicianship, vocals, all of it – is first class.

If you enjoy any of the bands mentioned above, you owe it to yourself to check out Last Tribe. I know I’ll be seeking their other releases soon, while kicking myself for not discovering this fantastic band earlier.

Update – I have since managed to track down nearly all of Magnus Karlssons other projects, including Starbreaker, Allen/Lande, Codex and Planet Alliance. He definitely has a songwriting formula he sticks to, but its a formula I love!
———————————————————-
5.0 out of 5 stars Stunning Melodic Metal,
This CD is a must-have for fans of melodic metal who perhaps also like bands like Masterplan, Section-A, Starbreaker, etc. This CD has 2 songs everyone must hear: Dreamer, and Wake Up The World, but there is plenty other stuff on offer here to make it an all round great package. Magnus Karlsson is a fantastic guitar player, and a great composer of melodic hooks. You will be humming these tunes after the first one or two spins of this CD.
———————————————————-
5.0 out of 5 stars Brilliant!!!
Another excellent Swedish metal band in the vain of Space Odessey and Astral Doors.
If this album would have been released in 1987 it probably would have sold a million copies.
Rickard Bengtssons vocals are extremely strong and the drumming from ex – Flower Kings Jamie Salazar is very tight.
If you like old school classic metal this is a must buy.
———————————————————-
5.0 out of 5 stars Great Melodic Metal,
There must be something in the water in Sweden because so many great metal bands seem to hail from there or surrounding countries and Last Tribe are yet another that are a cut (or two) above the average.

The guitarist Magnus Karlson is reason enough for you to buy this album, if you are into great guitar players in the metal genre, he is truly amazing (a mix of John Petrucci/Steve Vai/Yngwie Malmsteen/etc but without too much excess – very melodic with everything he plays).

As for the songs on the album, well, for me, its the melodies and arrangements that count most, not the lyrics, and so in this respect I guarantee you will be blown away by tracks such as “Dreamer”, “Witch Dance”, and “Wake Up The World”. They will bury themselves into your subconscious and you will wake up in the morning humming these tunes not knowing why or how. They are that good.
———————————————————-
5.0 out of 5 stars Melodic Metal Rules,
Last Tribe is such an incredible melodic metal band from Sweden… As the whole world know that Sweden constantly produces metal bands of high calibre.. Last Tribe does not fall short of its title… My favourite band since purchasing it when it got released. I was recommended by a close friend to check this new band out…. As soon as I pop the disc into the player.. it just makes me so satisfied for such a great band.
All 4 musicians display their craft to their best abilities. My personal favourites songs are.. Witch Dance, Messenger, Dreamer, Wash Your Sins Away, Wake Up The World, Man Of Peace, Agadir….
For Fans who crave for new Melodic Metal bands to check out… Pick this one up for a start.. Its worth every penny.. Then also check out their new album THE UNCROWNED-2003
———————————————————-
5.0 out of 5 stars Magnus Karlsson (“Primal Fear”) takes “Last Tribe” to the next level,
“Witch dance” is the second album by “Last Tribe” the band led by guitarist Magnus Karlsson (“Allen-Lande”, “Primal Fear”) originally released in 2002. On this album Magnus reunites with “Last Tribe” vocalist Rickard Bengtsson while featuring new entries bassist Dirk Lowgren and drummer Jaime Salazar (Karlssons bandmate in “Midnight Sun”).

The song-writing on “Witch dance” is very similar to Karlssons other projects “Starbreaker” and “Allen Lande”, for that matter. In comparison to the “Last Tribe” debut, the neoclassical element has been substantially reduced while the progressive nature of the group has come even more to front; the riffs, choruses and overall instrumentations have a more progressive feel to them, still nothing complicated to compromise the albums directness. And “Witch dance” is first and foremost a solid heavy metal album.

On a personal level, I do prefer the approach of the first album which leaned more towards neoclassical metal yet one appreciates that “Witch dance” offers just as many standout track as their debut, clearly proving its point. The haunting “Messenger”, the positive “Bring out the brave” and the extra melodic “Dreamer” perfectly portray the quality of the album. Overall “Witch dance” is still a fresh sounding album, nine years past its release while being substantially differentiated from its predecessor, demonstrating its unique identity.