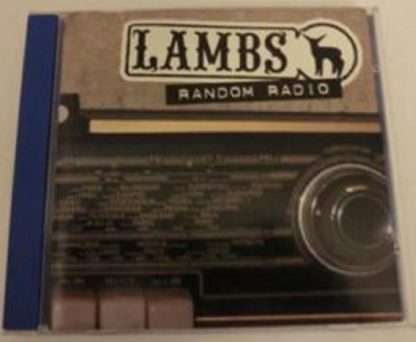 The freight train from Finland has rolled back again with another full-length slab of explosive shit. The Lambs waste no time, getting right down to business on “Down and Under” and “Land of Goodbyes.” Both are excellent examples of the bands Motorhead-colliding with-The-Misfits style. Interestingly, the bands sound is a lot thicker on this one, but at the same time hasn’t lost the rougher edges that made their last US release on Devil Doll such a killer album. The real standout track on this one is “Cut You Loose,” with its alternating verse, piledriver, verse, piledriver sound. A splendid experiment in trying to create as much momentum in 3 minutes and 18 seconds as a band possibly can. Also apparent on Random Radio is how the bands main influences have become more polar, almost two very distinct sides to the personality. On “Cut You Loose,” “Heart,” and “Life Removal Machine” the punk parts are punk as shit, and the metal parts are full-on metal. There also seems to be a bit of melancholy creeping into the bands moods, especially on “Heart” – the guys are actually starting to experiment with other emotions besides angst. Hell they even take a stab at slowing down the tempo on “Over You” and “Higher Ground” (even the Misfits had “London Dungeon” and Motorhead “Capricorn”), a definite step outside of the Lambs normal boundaries but still a killer track with its super heavy mid-section. Thats not to say they’ve shelved their aggressiveness. “Life Removal Machine,” “Wrong Mans Door,” and “Leave It All” prove these guys still know how to tear a listeners ears off with rugged intensity. In addition, the Lambs have not lost the simple formula that makes their songs work – pack as much emotion into a 3 minute tune as you can. “Leave Your Life” and the title track are both good examples of that. The latter just comes at you with the Lambs’ “freight train from hell” style. These guys have kept the main element to their sound – that explosive quality of their music – while still being one of the more unique bands to hit the rock scene in a while.

Finland’s super-trio Lambs are constantly being heralded as a fusion between metal and rock, or “extreme rock” as some have taken to calling it, but there is more to their music than just the combination of these two elements.Though it’s true that the rock and metal elements are both visibly present in all of Lambs’ compositions (and more so the rock than the metal), it is certainly the healthy dose of unadulterated punk rock ‘tude on the band’s newest offering “Random Radio” that gives these eleven tracks their enjoy-ability and utterly important replay value. Lambs’ sound is an eclectic mix, borrowing from the better parts of rock, metal and punk to make for an interesting stew of styles.Sure, there’s a lot of straight-up Rock n’ Roll riffs here, but they just sound a bit busier and more interesting the way they are laid down.

Guitarist/singer A. Lindholm executes some interesting guitar harmonics, his playing is full of zest and his occasional solos add an extra layer of tasty party atmosphere; with his creativity and skill there is no need for a second guitar.Lindholm’s vocal delivery is perfectly gruff, with an obvious punk attitude and a slight Scandinavian swagger.Though his singing is somewhat off-key most of the time (alright, all the time), it still sounds just right, slightly sketchy but fitting the loose, light-hearted attitude of the songs.Hautsi Drums (guess my instrument) never misses a beat and is solid throughout, changing up when needed to perfectly accompany the flow of the music. Don’t be a bit surprised to hear an occasional hip hop beat in there, and let’s not forget the mandatory cowbell!

So what is there to say about the songs themselves Overall, the offerings on “Random Radio” are well-crafted and entertaining, though there are a few which stand out among the others. The album’s opener “Down And Under” possesses the truest mix of rock and metal to be found on the CD, deftly darting back and forth from hard, fast and dirty rock riffs to melodic metal guitar chords without ever sounding forced or out of place.”Land of Goodbyes” follows the opener, a fist-pumping number in the vein of late-Eighties Motley Crue and Van Halen, undeniably Rock but souped up with enough of that punk edge to distance itself from the banality and predictability of the majority of today’s “radio” rock.

“Higher Ground” is another multiple personality composition, starting off innocently enough as a simple garage rock tune, morphing into a slower-paced punk rock jam, then eventually breaking down into a slow, drunken, rousing, bar-fight causing swamp rock finale.The Buzz-clip worthy “Over You” is a future party favorite, a fun, head-bobbin’ number with that dancy retro feel; this sounds like an outtake from a Lenny Kravitz recording session (I mean this in a good way).I was almost expecting Lindholm to belt out “Are you gonna go my way” in the middle of this little ditty, but I think maybe he thought better of it.Not to be outdone, the last (and title) track, “Random Radio” is the most upbeat, aggressive song of them all, and is a great tune to end the CD with.This one sounds a ton like Motorhead, fast and rough, dirty, in-your-face and to the point.

Though it could be said that this particular genre of music is currently enjoying a bit of a Renaissance, or that this style of writing rugged, punk-laced rock tunes is currently “in”, it seems like Lambs are truly and genuinely into the music they write, and this passion shines through on “Random Radio.” These boys manage to create a pretty big sound for a little ol’ three piece, and whether you are a fan of punk, metal or straight-up rock, this CD is a good compliment to any collection.

Bottom Line: In a time where it seems that the majority of bands are producing the same old stuff, for better or for worse, time after time, I feel that bands like Lambs can truly thrive.This is a highly energetic, feel-good, no-nonsense album, and it just sounds different from most anything out there, which is definitely a good thing.I’m going on my tenth spin of this disc, and it hasn’t bored me yet.A fun little record to help break up the monotony of the current music scene. 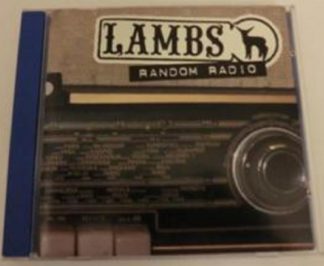