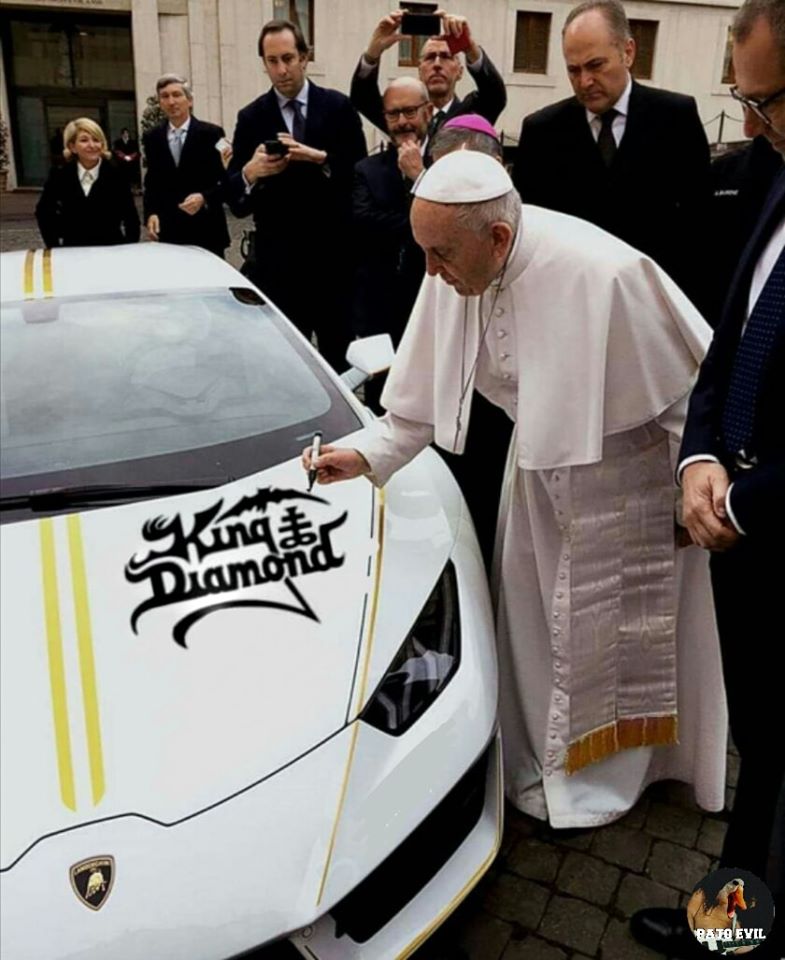 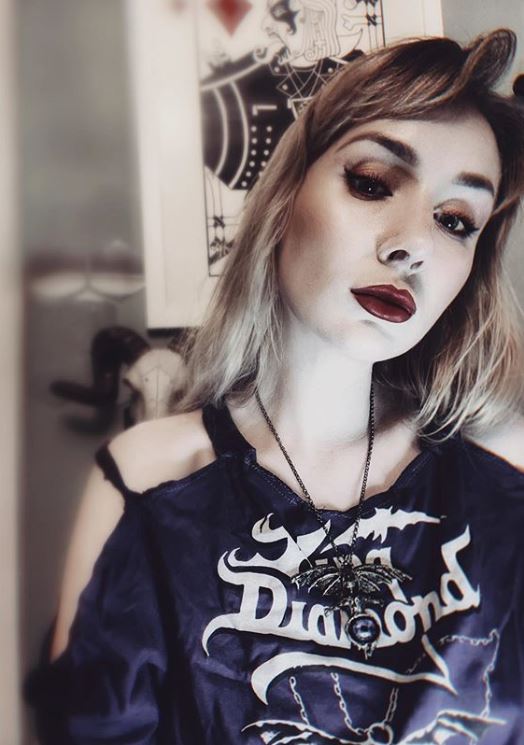 The Eye is a concept album by King Diamond released in 1990. It continues to feature a major storyline such as other King Diamond albums, though it is told differently.
His past two concept albums have been told from the perspective of the protagonists; this one is told from the view of a narrator. The themes of Christian atrocity with the persecution of alleged witches and sexual abuse against nuns are present. The story is almost entirely historically accurate, including the names of the actual characters (except for the storyline about the “Eye necklace,” which is fiction ). The story starts off with an unnamed character finding a necklace called The Eye that allows him/her to see the events the necklace was witness for in the past. They see an accused witch named Jeanne Dibasson being tortured and burned at the stake. Next they see two little girls finding the necklace in the ashes at a stake, and what they see when they look in the eye kills them. Finally there is the story of Madeleine Bavent, a nun working in the Louviers convent, who finds the necklace and decides to put it on. After being raped by Father David, she uses the necklace to kill him by making him look into it. Shortly after, the new Chaplain, Father Picard, arrives and starts bringing everyone to communion. He winds up lacing their communion wine with some substance that lets him control their minds, and uses a group of nuns including Madeleine to ritually torture and kill children. In 1642 all are arrested and imprisoned.
The main parts of the stories told on this album are true, and took place during the French Inquisition, 1450-1670. All of the following characters are real and from that period of time:
Nicholas de la Reymie: Head investigator of the Christian Burning Court (Chambre Ardente), in Paris, France.
Jeanne Dibasson: Supposed witch.
Madeleine Bavent: 18 year old French nun who entered the convent at Louviers in 1625, after having been seduced by a priest. Died in 1647 in prison.
Father Pierre David: Chaplain of the convent at Louviers till his death in 1628.
Father Mathurin Picard: Chaplain of the convent at Louviers from 1628 to his death in 1642.
This marked the first King Diamond album without Mikkey Dee recording the drums. The drummer on this album was Snowy Shaw (as opposite for the general belief, King said that no drum machine was used on the album, Snowy actually played on drum pads instead of proper drums). Falcao wrote “Two Little Girls” with King Diamond, but wasn’t credited. 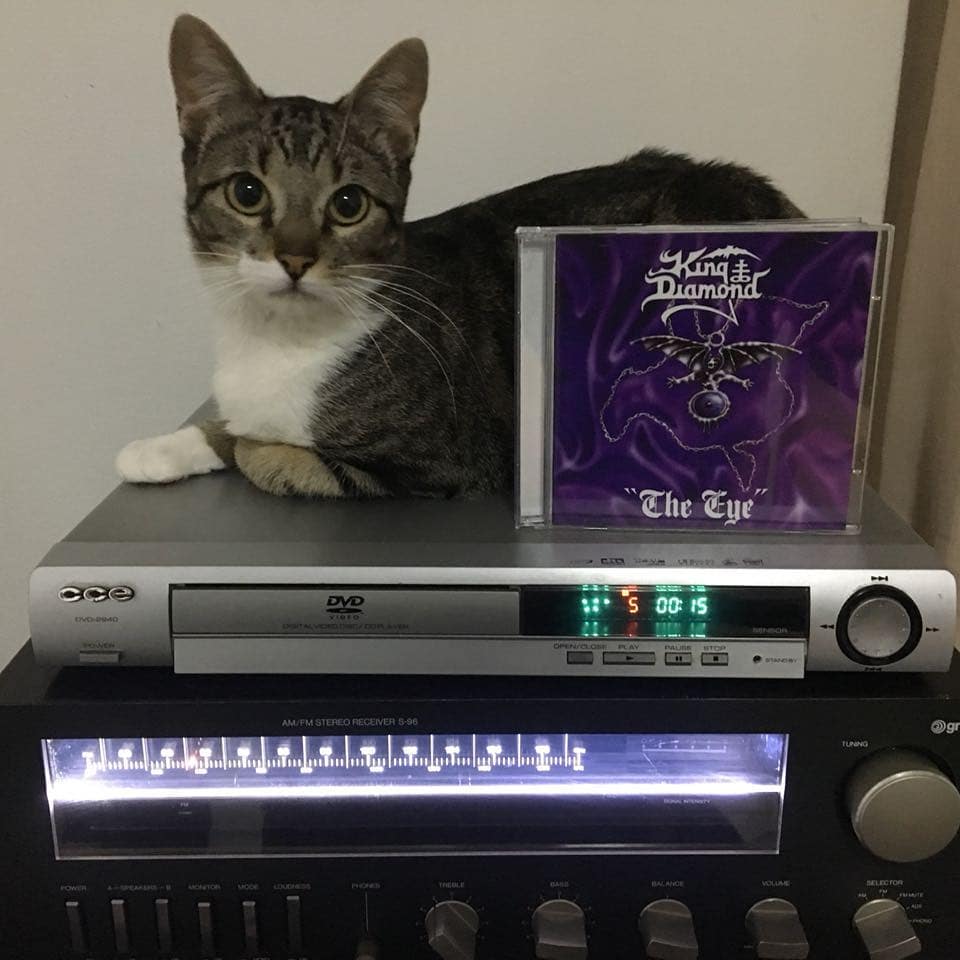 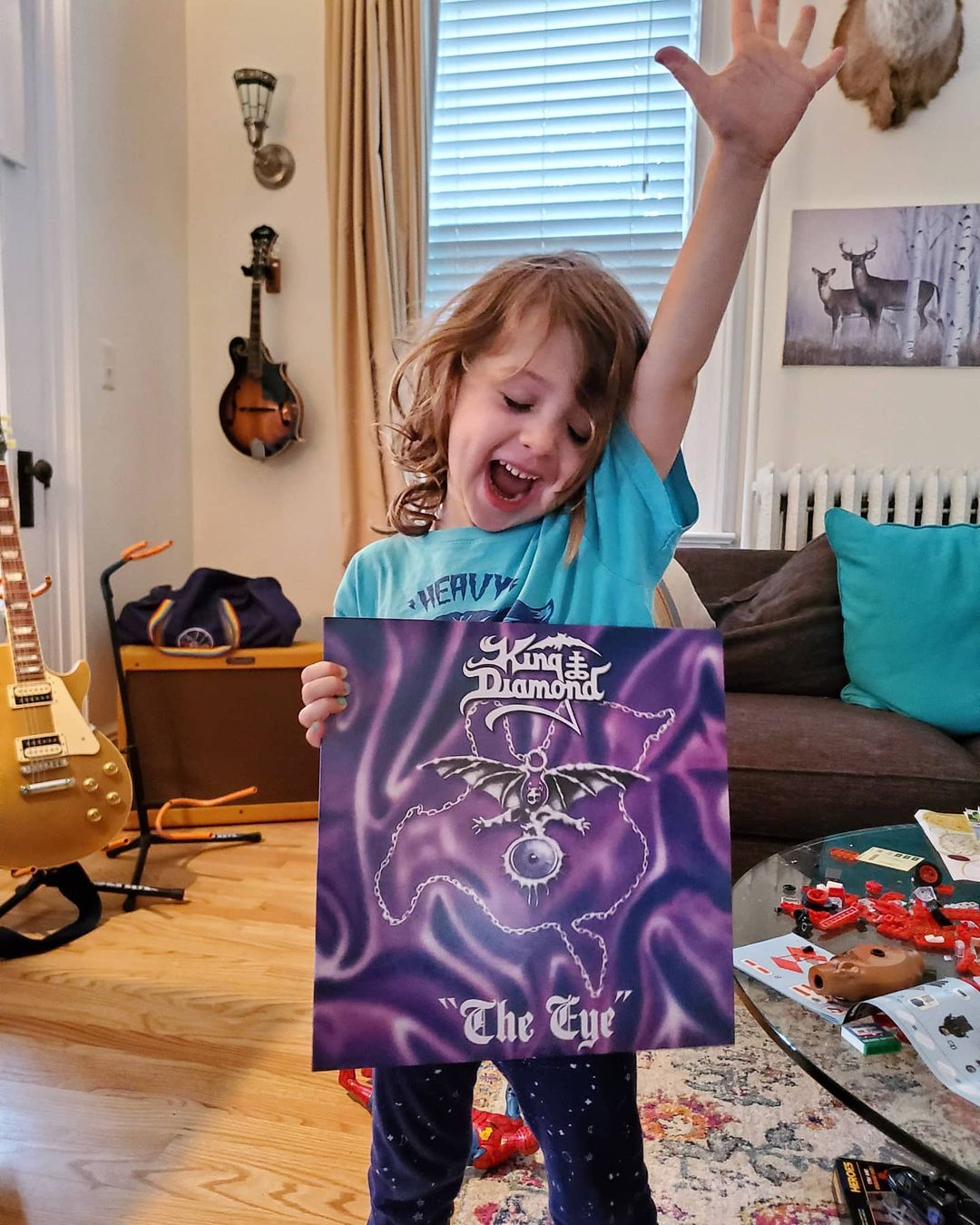 5.0 out of 5 stars Very progressive: IMO the best KD album after “Conspiracy”,
It opens with an energetic and powerful piece: “The Eye Of The Witch”, which is for me one of the bests KD themes ever. This CD sounds mature and majestic. The mystery and urgency is everywhere, and the musicianship is ground-breaking and excellent. Keyboards work with harmonies in a very professional way, and the tense atmosphere is maintained through the entire story. Not to mention guitars! Andy LaRocque reached again in this album a very neoclassic taste, without loosing his own personality and style. With tempo changes, riff after riff, he and Pete Blakk know how to play innovative metal without becoming jazzy. Drums are also brilliant, as well the bass guitar: KD has developed into a band that deploys a high level of quality in the metal scene, still maintaining its heavy roots. In addition, the entire album is coherent and well produced, with vocals delivering passion, fear, rage, anger, mercy… Admirable! And please, don’t close the eyes to the song “Two Little Girls”, in spite of its softness. Its a very well composed tune, at the same time chilling and tender: an actual masterpiece!
My final words: If you like progressive rock, this one is for you! Five stars!
——————————————————–
5.0 out of 5 stars The greatest King Diamond album bar none,
This album is a pure masterpiece. It is one of the top ten heavy metal albums of all time. The Mercyful Fate album “Don’t Break the Oath” is the only other album that King Diamond participated in that is on equal footing as far as pure listening enjoyment is concerned. The complexity of this piece of metal artwork is breathtaking.
——————————————————–
5.0 out of 5 stars Another masterwork,
I think, that “The Eye” ranks right up there with “Abigail” in terms of quality from King.

There are a lot of really excellent tracks on this release. Some of my favorites are: “The Eye of the Witch”, “Two Little Girls”, and “Father Picard”. And, that doesn’t mean that the rest aren’t as good.

The intro song (“.. Witch”) is a great way to start a new story. Its evil, its creepy and contains all the elements Kings music is known for. It sets the stage for what is about to come.

I like “Two Little Girls” even though its missing half of the band, instrument-wise. Its very creepy. “Father Picard” contains some excellent verses and chorus structure. When combined with the lyrics and characters, both of these really shine. I have always liked how King uses different vocal tones to really creep out the listener.

This is a story about witches, evil, corrupt clergymen, and ancient artefacts. Its a classic KD release.

In fact, it just makes the sinister more so. Like the contrast in Led Zeppelins music, the haunting melodies make the wicked heaviness seem even more brutal. It takes guts to put those elements together, and King has certainly demon-strated that.

Give The Eye a listen, and the other reviewers are right – there are a lot more keyboards and melody here than on Abigail or Them. But this just enhances the sinister seductiveness of the overall theme, as well as the powerful music, itself.

Great songs do not make it less heavy. Judas Priests British Steel, a classic, was attacked on those grounds, and we now see how silly it was. That album rocks, and so does this one.
——————————————————–
5.0 out of 5 stars The most melodic King Diamond,
When this album came out, many former Mercyful Fate fans gnarled. I was hooked! King`s melodic feeling is to be heard on this album in the widest scale. Never has he used so many keyboards and so many catching melodies but on this one! The lyrics is also one of his best deeds, just check out “The Trial”, it`s so scary and realistic. “Behind These Walls” is my favourite and again, the melody in this song prevails. King`s vocals chill to the bone in places and the overall impression is very very deep! “Insanity” is the best acoustic instrumental by a heavy metal band ever and I cannot understand how this song never made it in the Charts. It could be played during funeral ceremonies, such a moving melody in there! None of King`s albums coming after “THE EYE” matched this one!