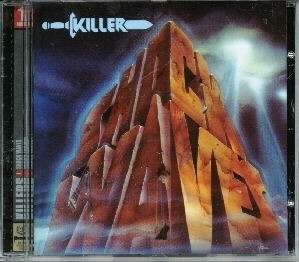 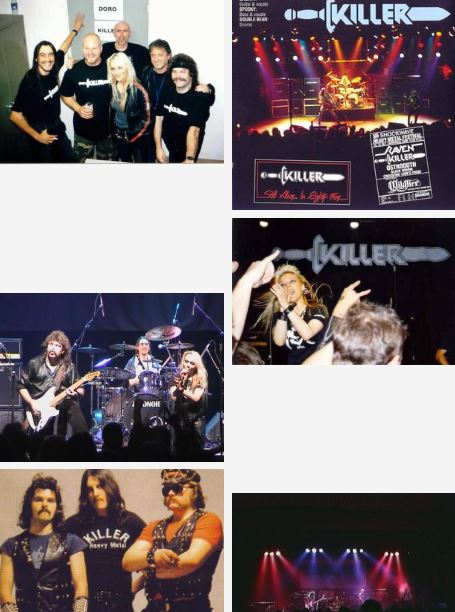 Killer – ‘Shock Waves’ (Mausoleum)
Liked this CD. Tracks that had me practically begging for more were the in-your-face title cut “”Shock Waves””, “”King Kong””, “”Richter Scale 12″” and the four added bonus tracks weren’t bad either. Line-up for this disc: Shorty – guitar & vocals, Spooky – bass and Double Bear – drums. I couldn’t say one way or the other if this is the same personnel on their other records – because they appear to be using nicknames. Nonetheless, ‘Shock Waves’ is definitely a should-own title. Store them next to your CD’s of Saxon, Crossfire and Motorhead. Turn this on U-P!!

Awesome, solid metal!
KILLER is at their finest on this CD!!! While their first two releases were solid as well as “”Fatal Attraction”” after this one, it is “”Shock Waves”” that finds them on top of their game. Solid guitars combined with the pounding drumming and bass flow perfectly with Shorty’s ruff voice. MOTORHEAD must have thought about these guys back-in-the-day as a force to be reckoned with… Anyway, get this disc if you’re wondering which KILLER release to start with.”

KILLER was formed in 1980. Only four month’s after KILLER’S formation, armed with “”READY FOR HELL””, the band’s debut album, a deal with WEA, a major record company now known as WARNER MUSIC was signed. KILLER was one of the first continental bands inspired by the imminent success of the NWOBHM bands such as SAXON, IRON MAIDEN and DEF LEPPARD. Because of the trio-formula, the gruff vocal-style, and later – the pounding double bass drums, they would however forever be compared to MOTORHEAD. In the end the band considered it more of an honor than a nuisance. In other areas KILLER were actually innovators, playing speed-metal, not only  avant la lettre  but also quite a while before bands like METALLICA broke through with this genre of music. Regardless of volume or speed, they always made sure that there was a distinguishable anthem-like melody on top of their  wall of sound. 1981 saw the release of “”WALL OF SOUND””. The album was another powerful shot in the arm for the band. It sold well everywhere, especially in Germany, and allowed KILLER to tour in most countries of Europe, as well as perform at some significant festivals. The first two albums MAUSOLEUM RECORDS released were actually re-releases of READY FOR HELL and WALL OF SOUND. In 1983 KILLER were back in the studio to record the third album. The ambitious “”SHOCK WAVES”” was not only a monumental commercial success remaining for a long time MAUSOLEUM’S bestseller, to be eventually only surpassed in sales figures by WARLOCK and FAITHFULL BREATH – but also enjoyed considerable critical acclaim. KILLER and their album “”FATAL ATTRACTION”” was the first release on the second coming of MAUSOLEUM in 1991.