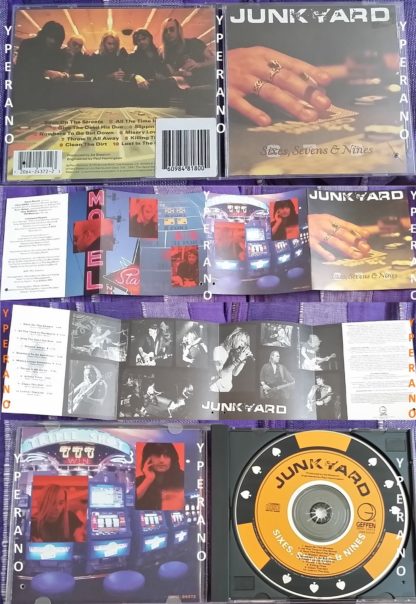 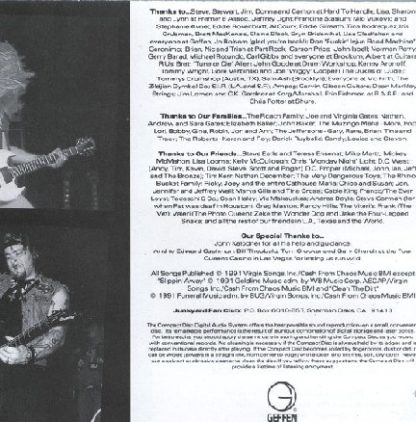 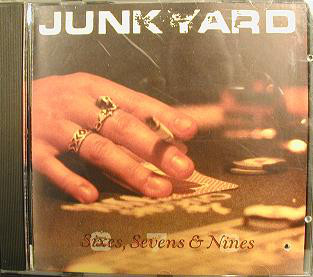 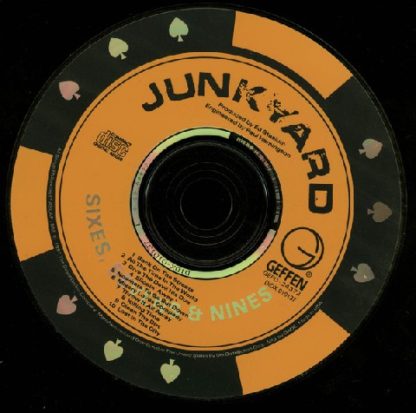 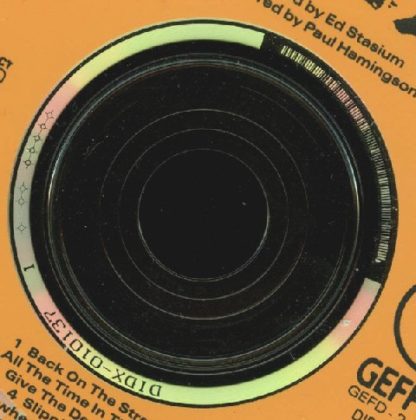 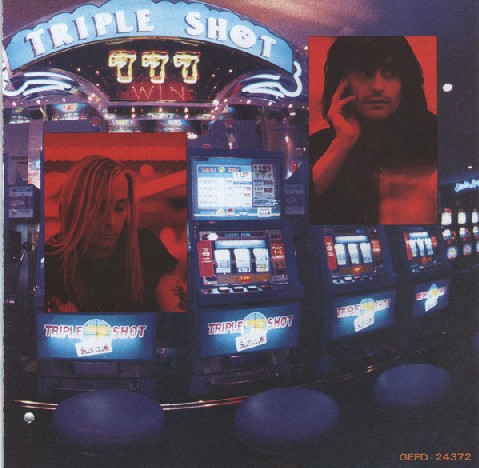 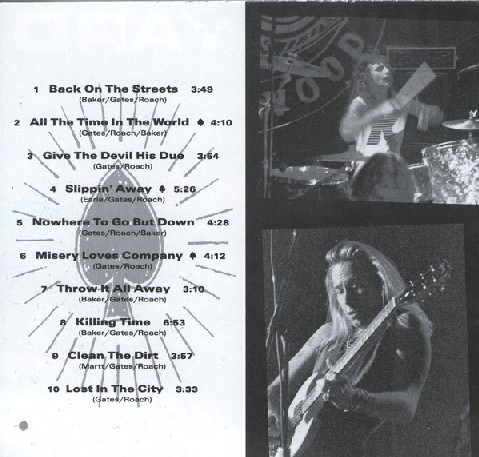 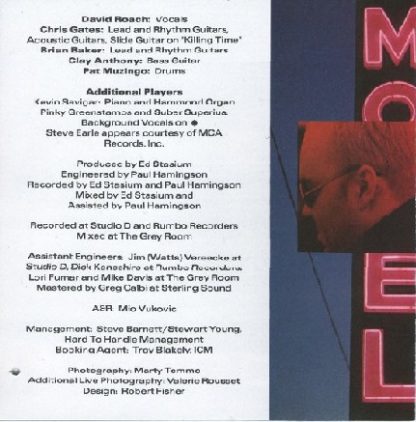 The band was signed by Geffen Records in January 1988, with a self-titled Tom Werman-produced debut album issued in 1989, described by Allmusic as incorporating “elements of Southern rock, boogie-woogie, and AC/DCism into one compact sound”. This was followed two years later by Sixes Sevens & Nines, produced by Ed Stasium and featuring contributions from Steve Earle. Anthony left the band shortly before the release of the second album amid drug problems, to be replaced by Todd Muscat.

5.0 out of 5 stars One of the great bar bands,
The early ’90s were filled with great bar bands. Some called them hair bands, some were glam bands, but one thing was for sure – you and your buddies were in for a great Saturday night when you could hear real live bands, drink real beer, and just rock. Heavy on the guitar, catchy riffs and lines, this albu is heavy on the good times. ‘All the time in the world,’ ‘Nowhere to go but down’ and ‘Misery loves company’ are the standouts on this album. If you cut your teeth on ’80s and ’90s pre-Nirvana music, do yourself a favor and pick this one up. Otherwise remember, “misery loves company, but don’t drag me down with you.”

5.0 out of 5 stars Great CD more people should have!!,
An excellent CD that any rock fan would like. The songs are fun at times, then they slow down and make you think. Highly recommended, I bought this on a whim and do not regret it at all.Junkyards first release off of their second album “Sixes, Sevens and Nines” is a song about having to deal with someones constant complaining about how tough things are and constantly looking for sympathy.

5.0 out of 5 stars
So Junkyards debut disc didn’t go platinum. So what! And they didn’t become rock-stars. Who cares?! Another hard-luck story? Kind-of. But what really counts is what these guys laid down in the studio that will last forever. And this album is awesome. In fact, I think its even better than their 1st. No fluff. No filler. Just straight-up, blues driven’, good time bar-room rock. Lotsa sleaze. Lots of snarl. A touch of anger. And a heart of gold. All ten tracks are incredible. You just can’t turn that knob far enough or get it loud enough. From “Back on the Streets” all the way through to “Lost in the City,” Junkyard deliver in spades. Great band. Great look & logo. Great songs. Just never quite reached the masses. No bother. All fans of this type of music will love this disc. Be it Rhino Bucket, Circus of Power, The Four Horsemen, The Black Crowes, etc., if the bands I listed above “do it” for you, then so will Junkyard & this record. Don’t just download it. Get out there & buy it. You need a hard copy in your hot little hand. You know you do!

5.0 out of 5 stars Junkyard kiddies,
They are one of lost southern true rock band, anyone would enjoy this and anything from them from that matter, too bad at the time the band came out, the thing
that was big was glamrock, or bubblegum rock…
no matter this band know how to put the music down and make it a art form..true southern treasure Dave roach.. the singer let you know what rocking a crowd is about not to mention Brian Baker old’ schools punk guitarist makes you rethink rock at its best! 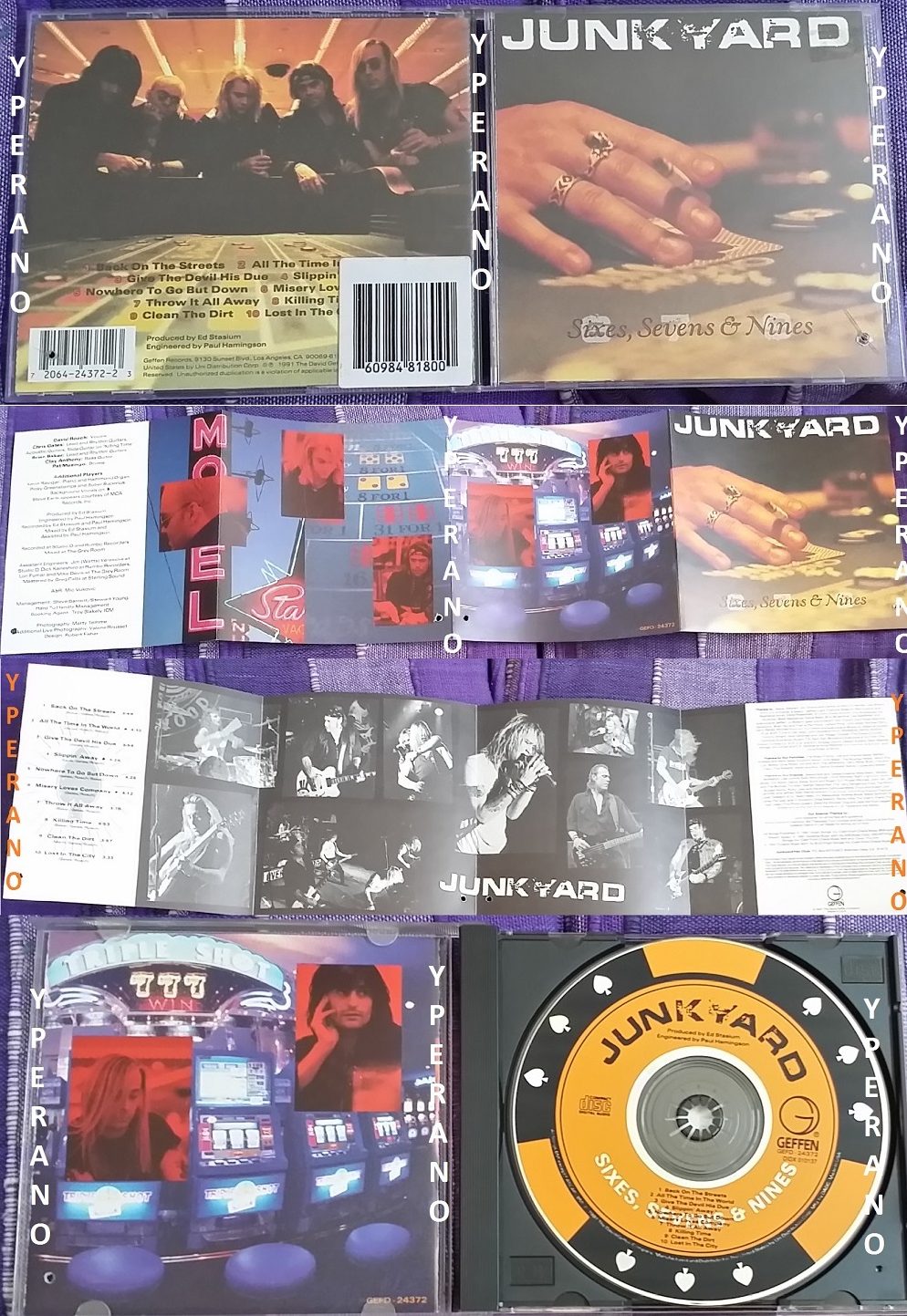 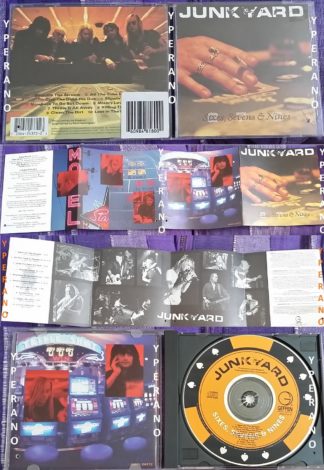