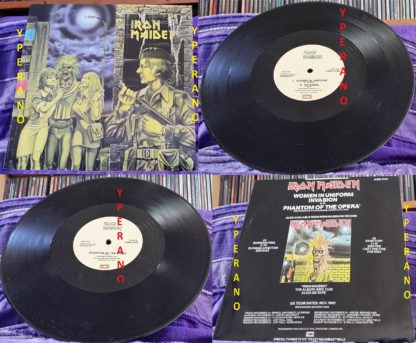 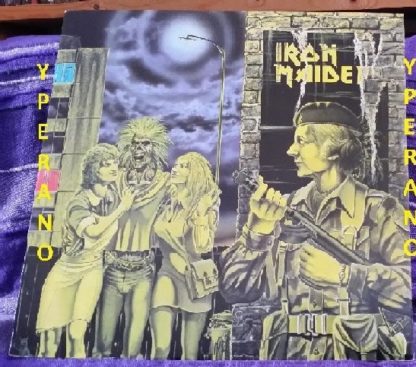 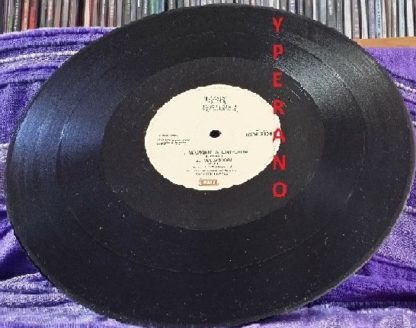 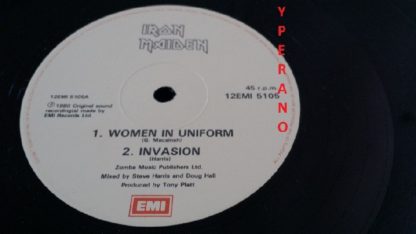 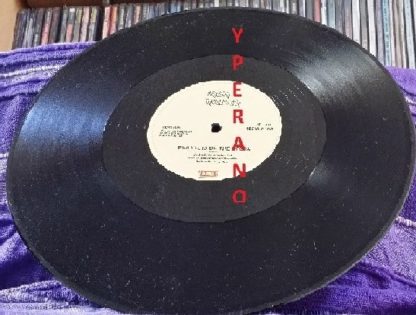 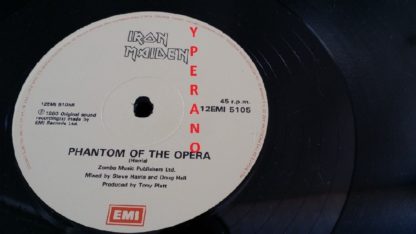 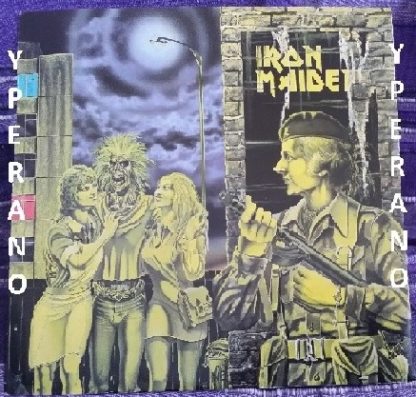 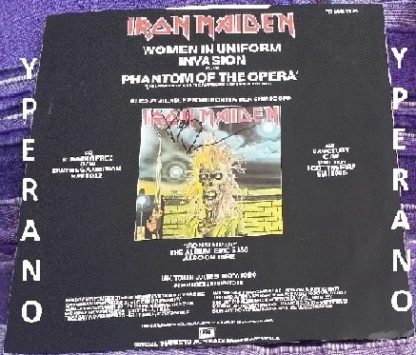 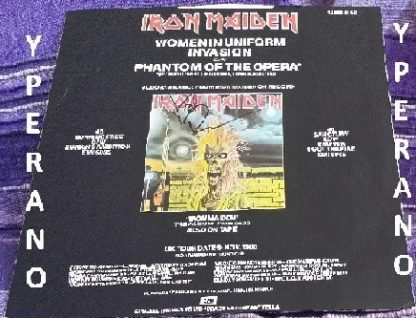 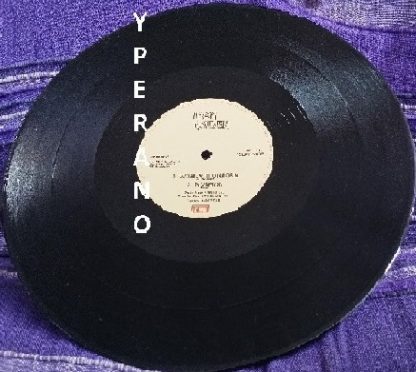 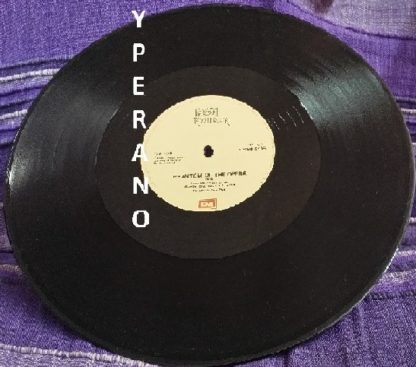 MINT CONDITION 12″ cream colour labels.
IRON MAIDEN Women In Uniform (1980 UK forth issue 3-track vinyl 12″ single with cream labels, released at the time of the bands debut LP but never featured on any album, also includes Invasion and Phantom Of The Opera [recorded live at The Marquee on July 4th 1980], housed in a superb picture sleeve by Derek Riggs featuring a great Eddie image with a female soldier drawn to resemble Margaret Thatcher & tour dates on reverse 12EMI5105). 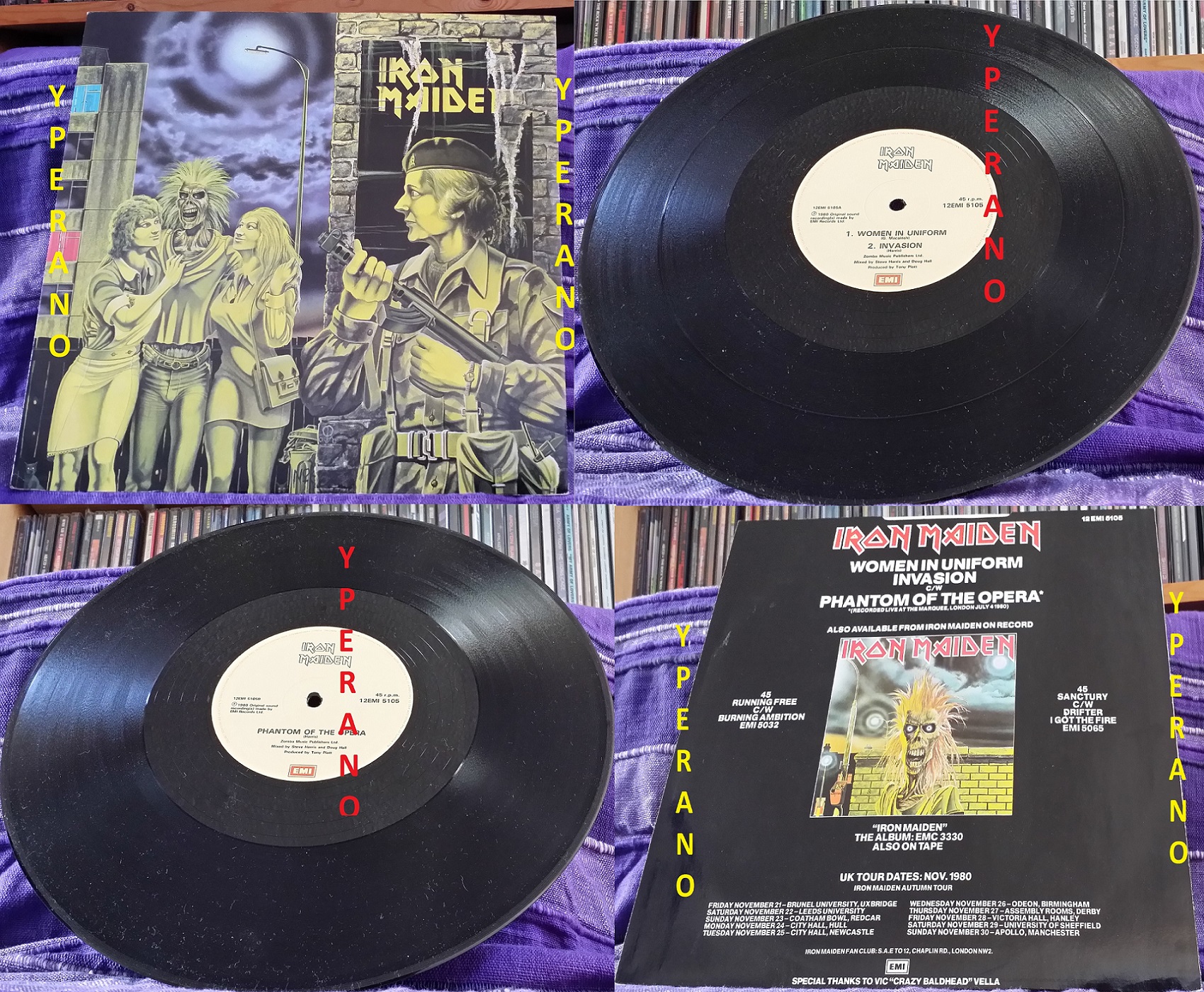 A sides cheeky ‘Women in Uniform “is obviously a cover by the Australian band Skyhooks.
If you turn then on the single so you may enjoy the “Invasion” a song first heard on “The Sound House Tapes EP ‘from 1979. It was later re-submitted and ended up on this single B-side, there is also the last recording with the eventually kicked the guitarist Dennis Stratton.

Iron Maidens cover of the Skyhooks’ song “Women in Uniform” was the bands third single and their last recorded work to feature guitarist Dennis Stratton. It was released on 27 October 1980 in order to promote the second British leg of their Iron Maiden Tour.
The idea to cover the song was suggested by the bands publishing company, Zomba, who set them up with studio time at Battery Studios with AC/DC producer Tony Platt. Although sceptical at first about recording a song that was so different to the bands style, bassist Steve Harris conceded when Platt was hired, surmising that “as he worked with AC/DC and that, I thought, ‘Oh, you know, fine. Hes not gonna pull us in any commercial direction.'”. After trying to create their own “heavy” version of the song, to Harris’ dismay he found out that Platt, with help from Stratton, had been tampering with the songs mix as he had been briefed by Zomba to “Try and get a hit single.” As a result, Platt was dismissed and Harris remixed the track himself.
Although the intended mix was restored, the band have routinely mentioned their dislike of the single, with Harris vowing “never, ever, ever to allow anyone outside to fuck around with our music again.”. As a result, its only appearance on CD is as part of The First Ten Years series and a rare 1995 2CD issue of Killers, meaning that the song does not appear remastered.
In spite of this, “Women in Uniform” would also be the basis of the bands first music-video, directed by Doug Smith and filmed at the Rainbow Theatre. Considered an unusual project for a band to undertake in the years preceding MTV, the filming would mark Dennis Strattons last contribution for the band (last stuff recorded with guitarist Dennis Stratton, later on replaced by Adrian Smith).
The song was released almost on the end of the tour, 27/10/1980 and reached the number 35 on the UK top chart.
The single cover features an image of Margaret Thatcher with a machine gun, preparing to attack the groups mascot, Eddie. According to the band, the cover was a joke which was meant to ask whether her motive was through jealousy or revenge (following the infamous “Sanctuary” artwork that featured Eddie killing Thatcher), which managed to cause further controversy as, according to the Liverpool Daily Post, a group of “screaming, chanting, banner-carrying feminists” led a demonstration during Iron Maidens show at Leeds University on 22 November
The sleeve is from thin paper and the vinyl is black. There is also some UK dates on the back sleeve and special thanks to Vic Vella, the guy who on the early days used to drive them to the shows.

Remember the days when Maiden were seen as a metal-punk hybrid? Recorded with a slight boogie flavour on The Soundhouse and then heavied-up as the flipside of the Women In Uniform single, this spiky-topped two-and-a-half minute paean to the raping and pillaging exploits of the Vikings reminds us why. Paul Di’Anno sneers brilliantly and the instrumental backing is red hot; right in your face.

Following the controversy of Sanctuary, Iron Maiden couldn’t help but once again show England’s then Prime Minister, Margaret Thatcher, on the cover of their follow-up single Women In Uniform. Presented in classic Maiden-style artwork, Thatcher is seeking revenge on the beloved, but sinful, Maiden mascot Eddie. As mentioned previously, this type of iconic artwork is all tongue-in-cheek, but it does demonstrate the attitude of the times in which this single was released.

Although, it is important to note that Women In Uniform is not a Maiden original as it was first written and recorded by the Australian band Skyhooks, for their Guilty Until Proven Insane album. While Skyhooks is an Australian rock icon, and certainly a band that I have much respect for, I don’t particularly like their original composition of Women In Uniform. I find the Skyhook’s rendition is a little too pop driven and only truly becomes a rock song during the memorable chorus. It is simply missing that harder edge that I feel Maiden was able to bring to the song. That said, if Maiden hadn’t covered the song, I likely would have been smitten with the Skyhooks original.

While I feel the Maiden version is superior, it is widely regarded by the band, especially founder and bassist Steve Harris, as being a substandard recording due to Tony Platt (producer) mixing the song without the band’s input or approval.

Paul Di’Anno, Maiden’s original vocalist, not only recorded the original but would go on to cover his own cover again in 2006 when he released the re-recorded compilation album The Classics: The Maiden Years.

The B-side on this 7-inch release contains the song Invasion.
The song Invasion was originally released on Maiden’s debut EP, The Soundhouse Tapes. The EP is highly sought after by collectors.
Invasion is classic Maiden and I would go as far as saying it was a stronger performance than their cover of Women In Uniform. The drum track and guitar riffs are exquisite and show a band that was well beyond their debut in terms of musicality and cohesion. 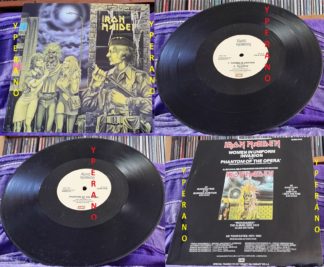