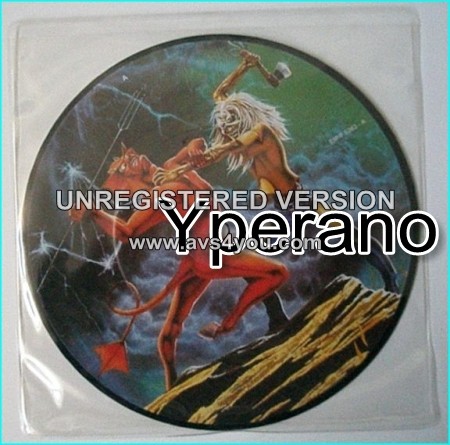 IRON MAIDEN Run To The Hills (Original 1982 UK limited edition 2-track 7″ vinyl PICTURE DISC single, also includes ‘Total Eclipse’. The disc features a great ‘Eddie and the Devil’ fighting on a hill top picture image on one side with a group photograph on the reverse EMIP5263)

Run To The Hills was the first single from The Number Of The Beast 1982 album. Was released in 12/02/1982 and reached the number 35 in the UK top chart. For the ones who don’t know, the album entered straight to number 1 on the Uk chart.
This was the first picture disc they made. The album was also released in picture disc format in USA and UK. This vinyl comes just in a plastic sleeve.
The side B has a promo photo , the first photo shooting Bruce made with the band.

The lyrics clearly discuss the violence visited upon Native Americans in the Nineteenth Century. Several lines appear to address the Sioux Wars, a conflict between the Lakota people and the United States in the Dakotas. The song may also allude to the ‘Trail of Tears’ occurring during the 1830s when forced resettlement was enforced by the U.S. Army (“soldier blue in the barren wastes”). It was written by Steve Harris, bassist and founder of the band. It remains one of the bands most popular songs.

The cover: The second of three Derek Riggs covers that depicted Old Nick in various states (half-mutating into Eddie for Purgatory, at war with the band’s mascot here in the bowels of Hell and finally beheaded and offered up by Eddie for the title track from The Number of the Beast). Notice Eddie’s weapon of choice, giving a nod to the song’s subject matter on arguably one of Maiden’s most enduring singles.

how those “Total Eclipse” lyrics fit what’s going on in the world right now!  nicely put together, great sound….nailed the lyrics. The band are not promoting negative concepts but are warning people instead. UP THE IRONS

This often overlooked non-album B-side of Run To The Hills should really have been on The Number Of The Beast. The band would later admit the mistake, having been rushed into recording and mixing Run To The Hills, and of course in the CD era, Eclipse was added to the overall package. 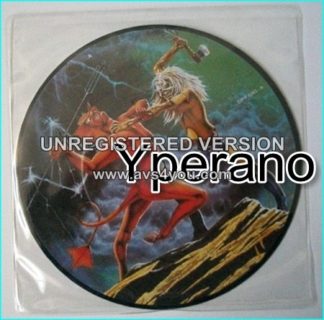