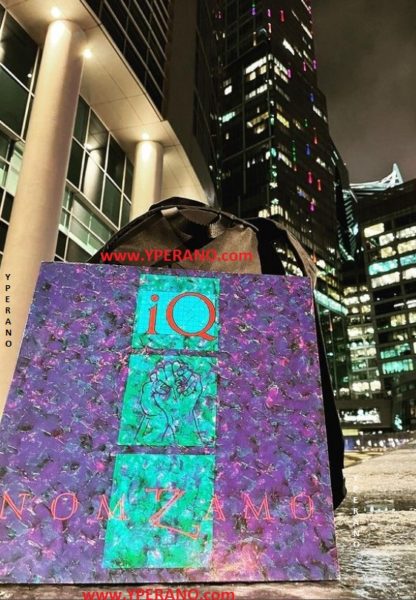 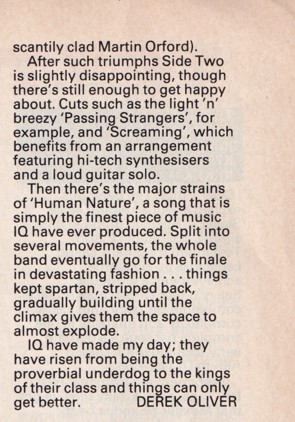 B1 Passing Strangers
B2 Human Nature
B3 Screaming
B4 Common Ground 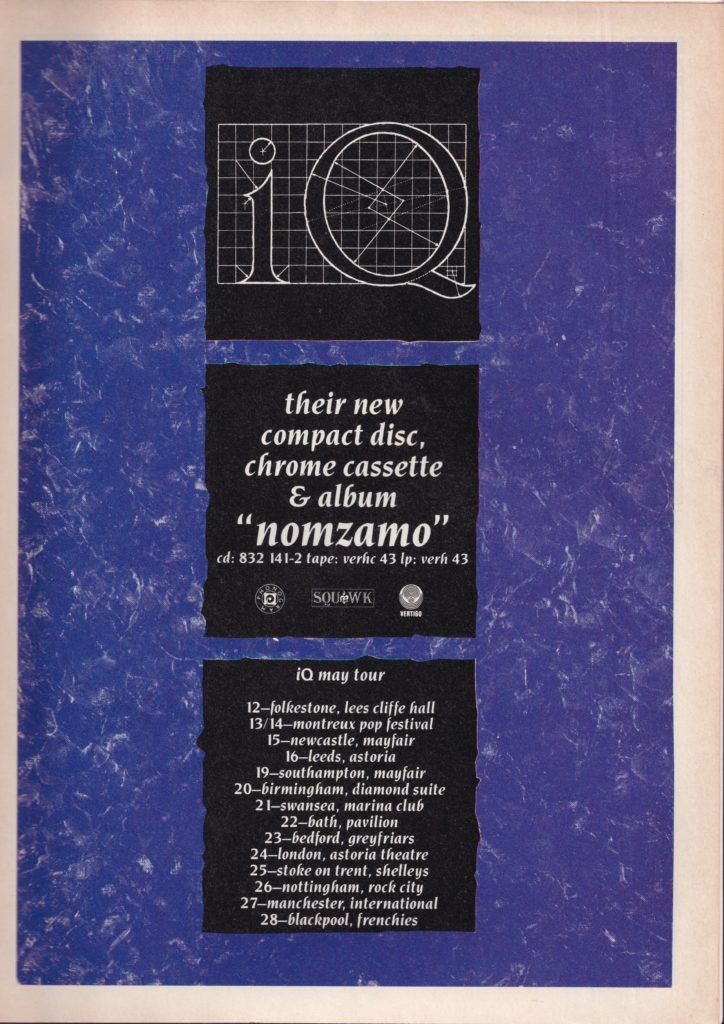 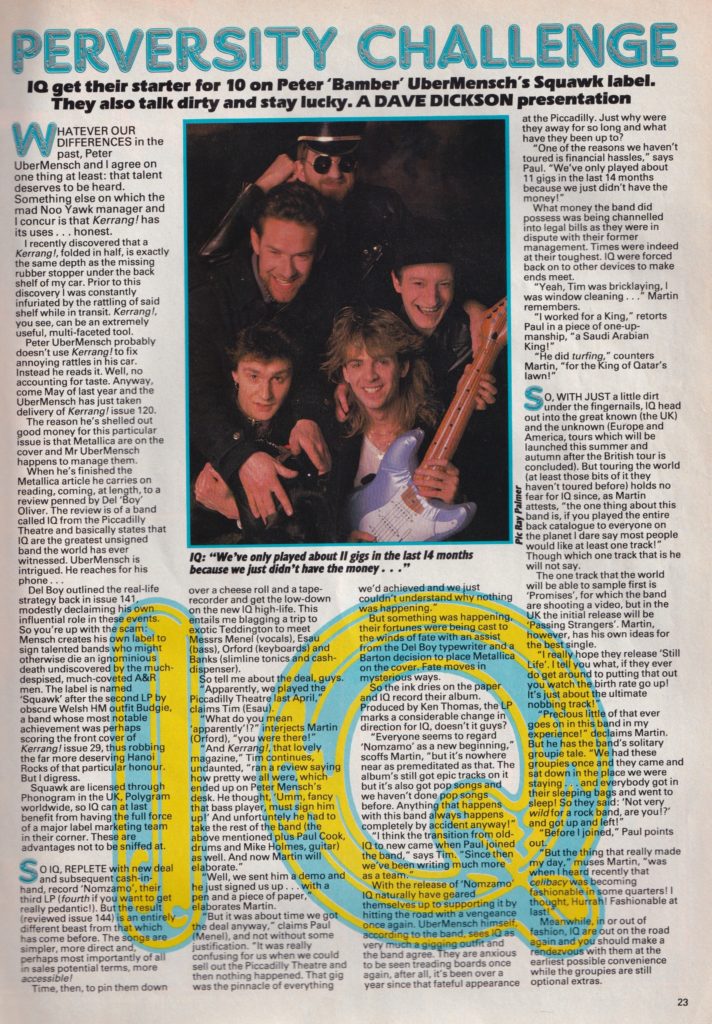 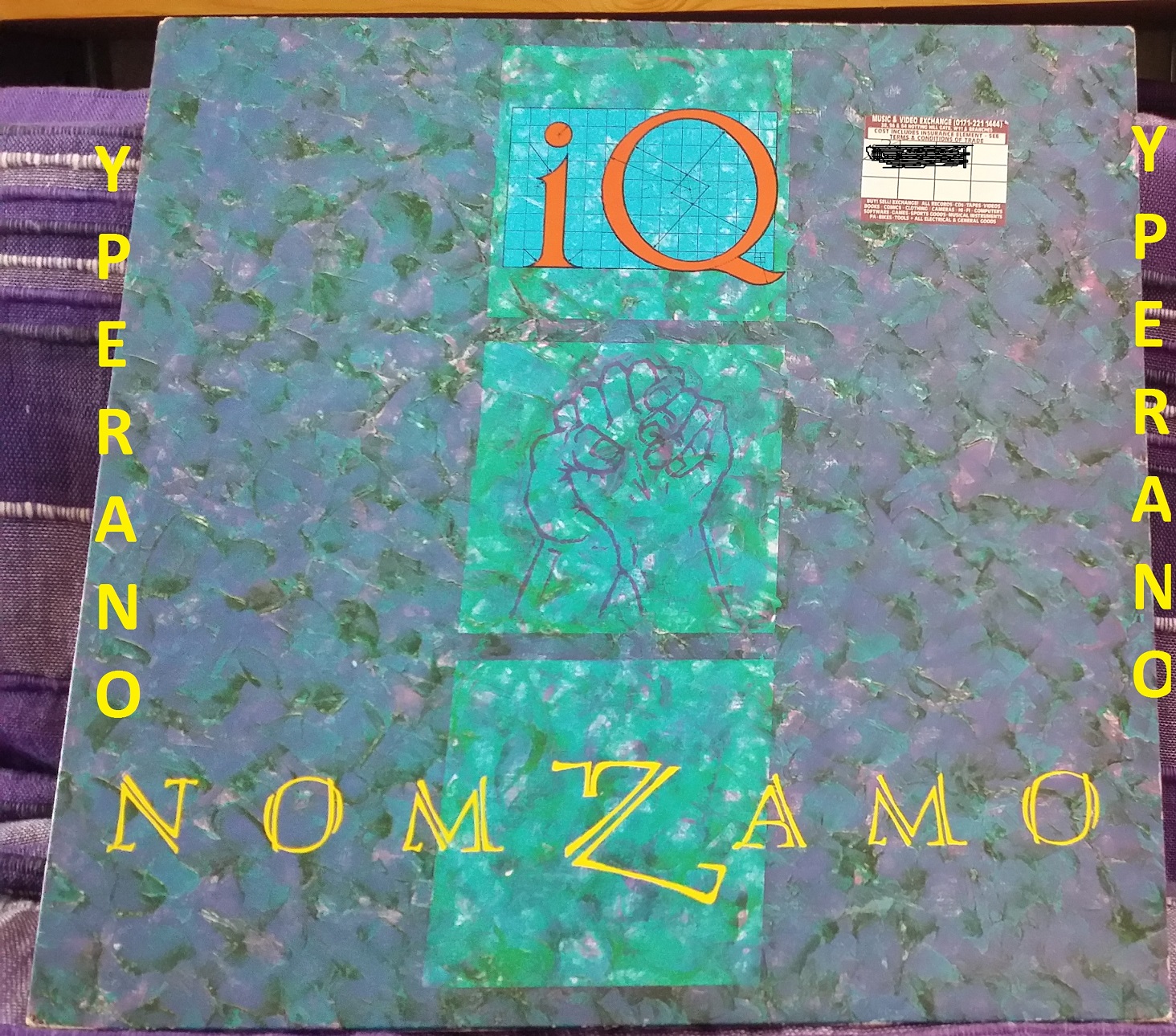 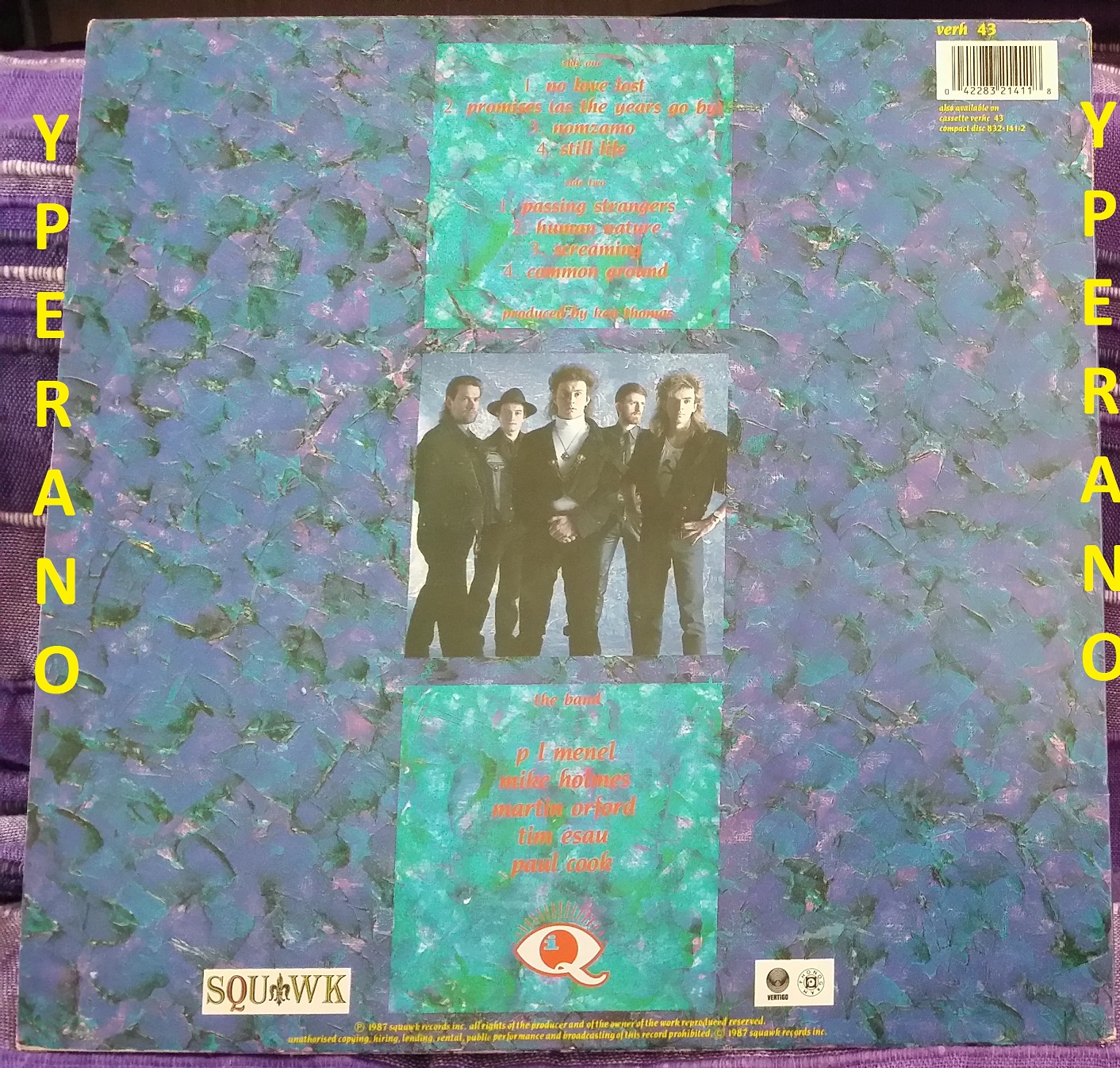 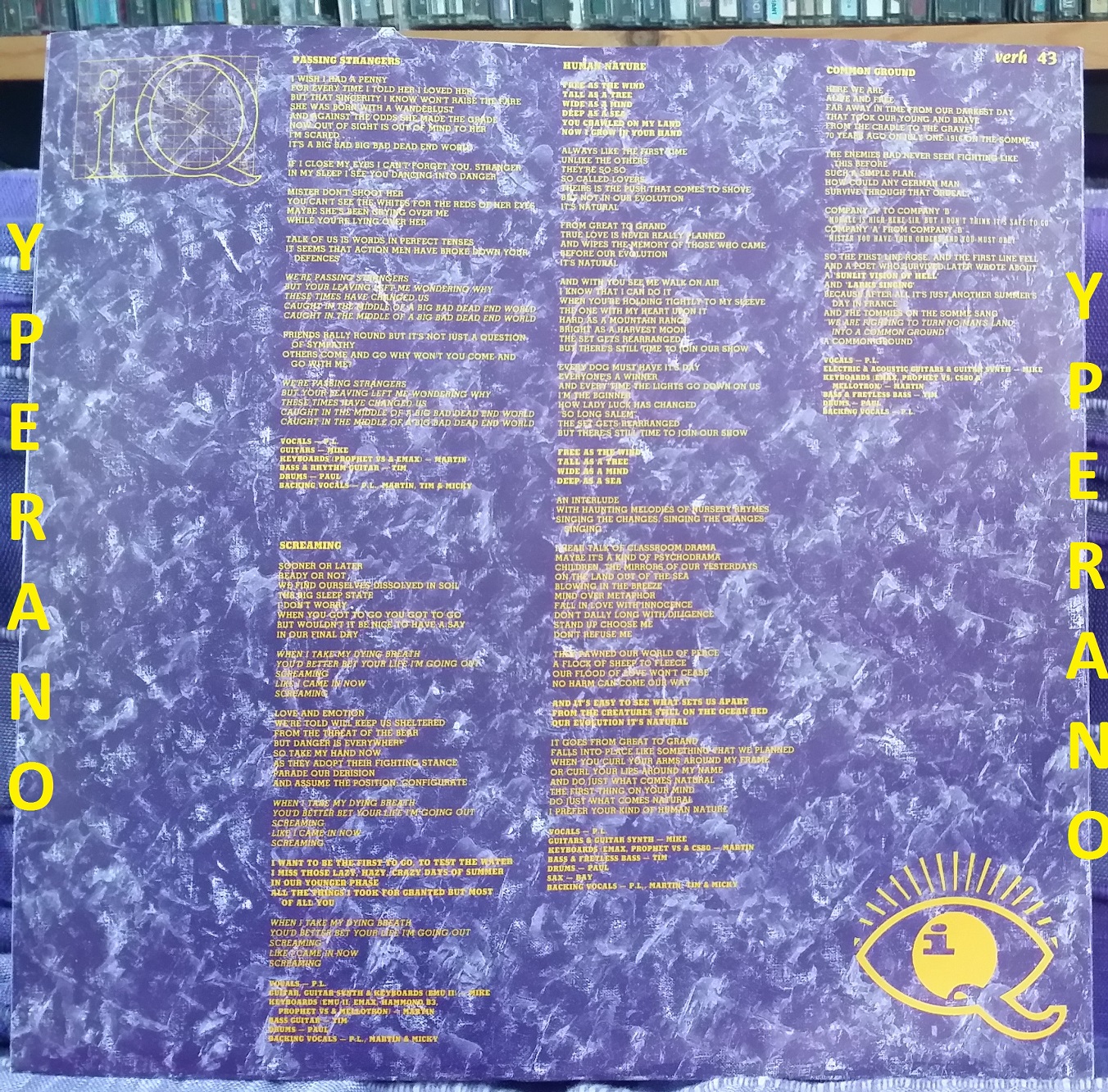 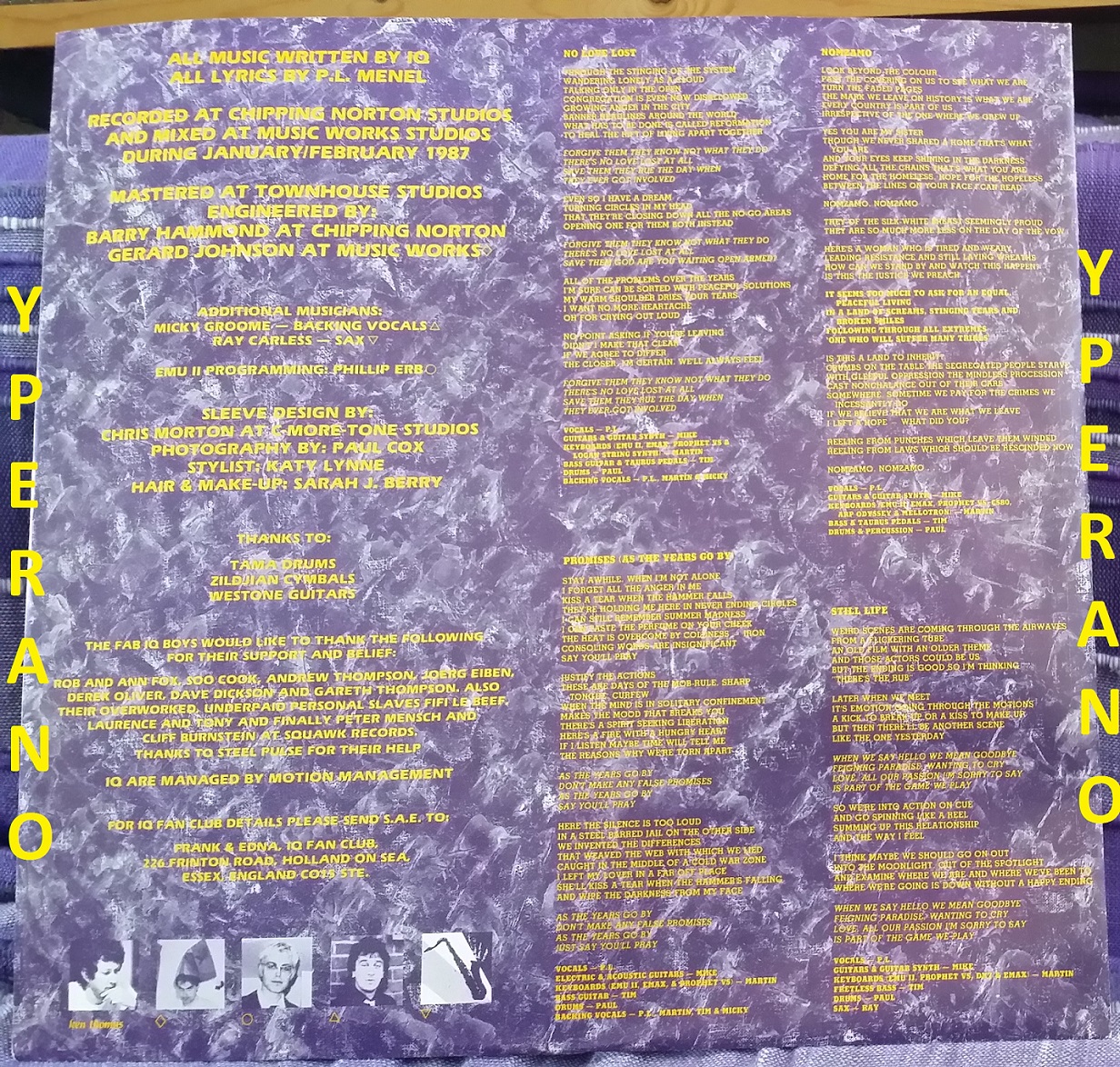 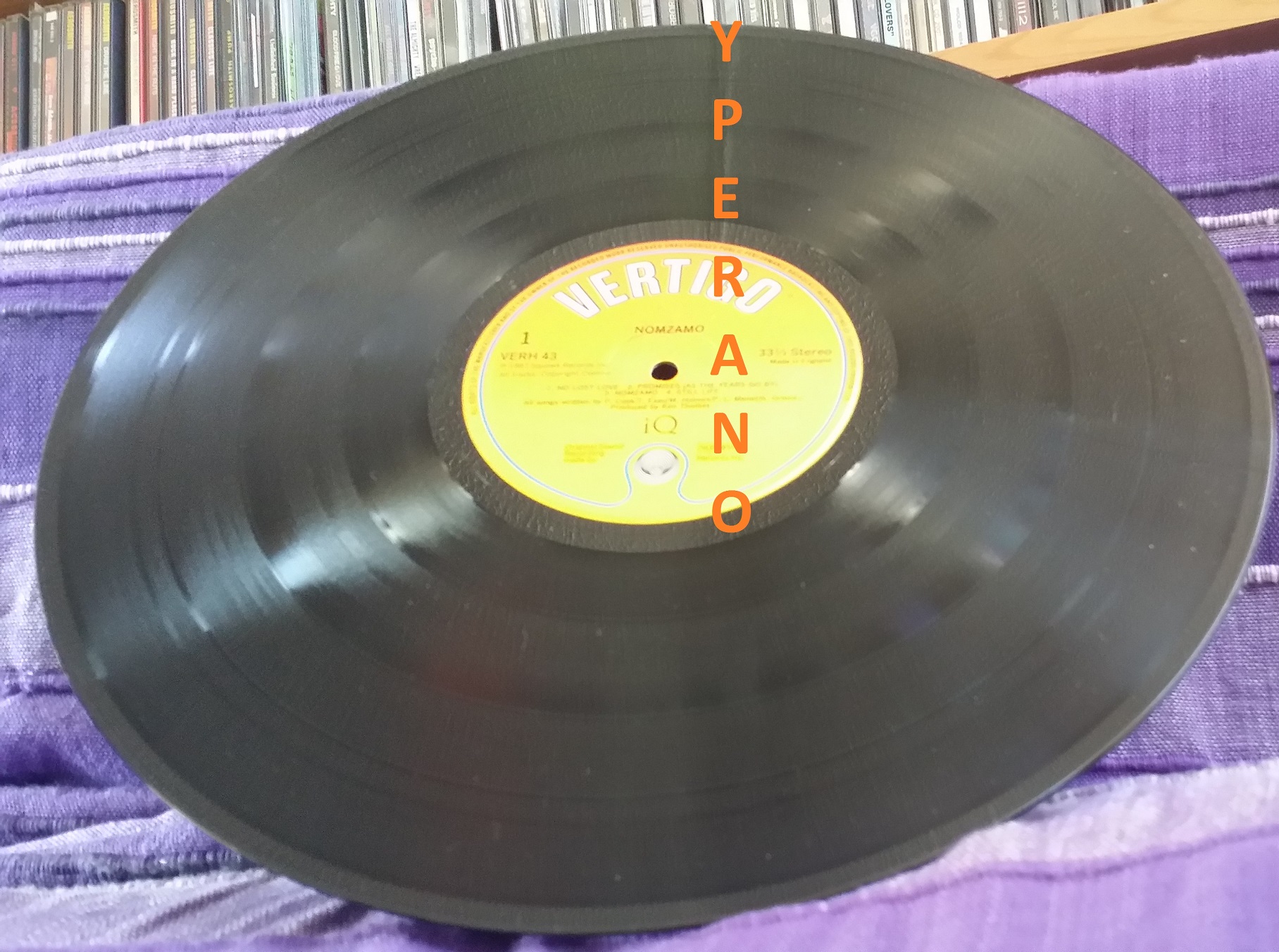 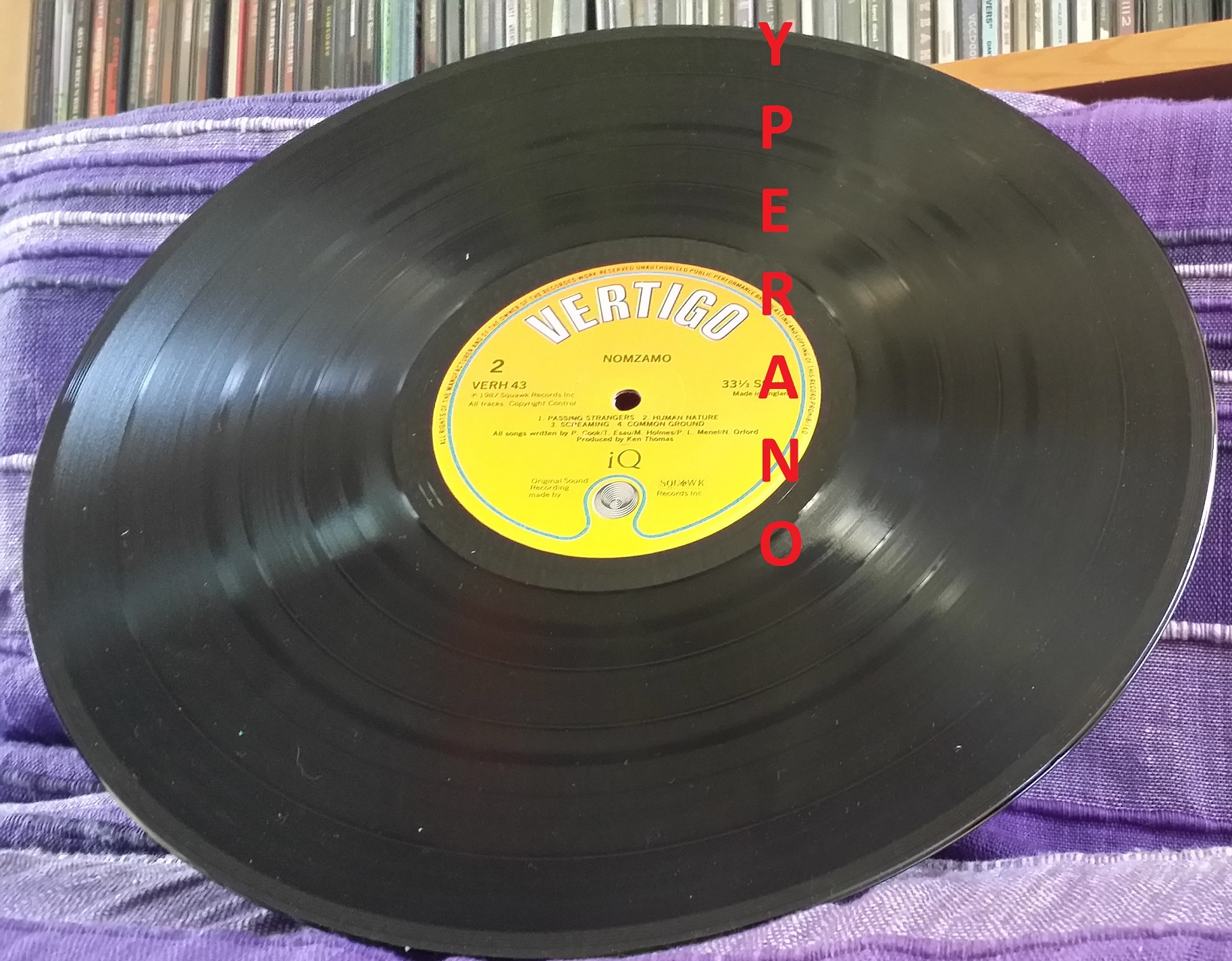 —————————————————————-
5.0 out of 5 stars The best album .. ever
As an IQ fan you either love this album, or you hate it.
It marked a 90deg change in the bands direction as a result of Peter being replaced by Paul. Some people might argue that Peter was not good enough a vocalist, on their early albums. Others might think that Peter added a unique sound to the band.
Either way, you cannot compare this, or the other Paul album, Are You sitting Comfortably, to any other IQ stuff. Paul menal gave the band the ability to create the more commercial songs with his great voice. There is no way Peter could sing half the stuff on this album.
If you listen to this without any preconceptions, there is no denying this album stands out as one of the best albums ever made. If you love progressive rock, you may well criticise this for being way too commercial. But it is no more commercial than similar bands of the time, Marillion for example.
If you are a fan of early 80s neo-prog rock, this is the ultimate album. If you prefer the non-commercial side of prog rock, with long 20 minute songs that contain at least 2 solos from every band member, then get Subterranea, IQ’s next best album.
—————————————————————-
5.0 out of 5 stars THE progressive rock album of the 20th Century
IQ were always good before this, but were lacking something in the vocals department. This album, with a change of vocalist to Paul Menel, was the perfection the band had shown the potential to produce. A mixture of commercial poppy songs in ‘Promises’ and classic prog rock in ‘Nomazamo’, for example, this album has it all including a very talented vocalist.
—————————————————————-
5.0 out of 5 stars Nomzamo is the best examples of IO’s immaculate music.
The album is a great example of IQ’s capability to produce immaculate and monarchical music. Nomzamo and No Love Lost are inspiring and breathtaking. The lyrics of Human Nature are a masterpiece. The rhythm and melody changes are stunning.
—————————————————————-
5.0 out of 5 stars Exhilarating songwriting and complex arrangements!, ies and arranging them into complex stories. Such is the case on “Common Ground” in its lyrical description of war; kind of what one would have seen in “Private Ryan”. They also display simplicity of relationships in “Passing Strangers”. Very positive and uplifting music in a day and age when pop music is in a creative rut.
—————————————————————-

“I think maybe we should go on out into the moonlight, out of the spotlight. And examine where we are and where we have been to. Where we’re going is down without a happy ending.” – IQ “Still Life”

Through this album IQ featured PL Menel as lyricist / vocal and Tim Esau in bass department. As you might have known that these two gentlemen stayed shortly with the band. The other three members were stable, i.e: Martin Orford on keys, Mike Holmes on guitar and Paul Cook (who recently left the band for a change in his life and his family – after IQ’s last album, the ground breaking “Dark Matter”) on drums.

Highlights of this album are the following songs:  “Human Nature”,   “Still Life”,   “No Love Lost”,   “Promises (as The Years Go By)”, “Nomzamo” and  “Common Ground”. Nice try. As you’ve seen, I have identified most songs in this album as highlight. It suffices to say that this is an excellent addition to any prog collection. Yes, it is. Especially if you were there during the time when prog music was dying in the eighties, swept by the new wave and punk rock era. How could I say that this one was not an excellent one? It was very few bands that carried the torch of prog music. I knew only IQ, Marillion, Pallas, Pendragon. With the passage of time, even today, I still consider this album as excellent not only because of historical value but also the fact that the music composition is really good.

“Human Nature”   starts with wonderful keyboard and bass line followed with excellent voice – all performed in ambience. Drum enter the music and brings the music gradually into more upbeat one with stunning guitar work. In some transition sax fills the sound thinly. The interlude part of this track is really wonderful: started with lyrical part followed with guitar solo for a while and vocal returns back to music. On quieter passages with only guitar and keyboard followed with vocal “They pawned our world of peace .” you will find the early Genesis nuance. It’s really great. This is the kind of track that you might expect IQ to perform. Fortunately, the band also performed this track in their live record album even though with different lead singer – Peter Nicholls.

“Still Life”  is a slow and melodic song with simple, straight-forward structure. One thing that makes this song is completely different with any pop song is that the effects used by keyboards and also the varieties of notes used by the band in this composition. Keyboard and bass guitar play important role in this track as this is a drum- less composition. Sax is also heavily used as fillers as well as solo in the middle of the track. Paul Menel’s vocal is nice and powerful – most importantly he sings with his heart through this track. The part that has this lyrical part is killing me: “When we say hello we mean goodbye. Feigning paradise, wanting to cry. Love, all our passion I’m sorry to say. Is part of the game we play .”. Oh my God .this is truly nice!

“No Love Lost” . Well, I prefer the piano and vocal version that appears as bonus track in this LP. Composition wise, this is a very strong track performed in a mellow style. The piano work represents the classical influence outfit and it enriches the composition of the song. Vocal is really clear, transparent and powerful. I would say that the quality of voice that Menel has is probably fit in with early Genesis music. Even, he fits with Marillion early albums as well. Actually, Marillion should have hired Menel when Fish left Marillion. Menel is an excellent lyricist as well. So, actually it’s a perfect match! Back to this song – yeah, it’s a wonderful music with great piano and vocal.

“Promises”   is a simple yet interesting song to enjoy. It has an upbeat tempo with happy musical nuance. It’s the kind of song that you would like to hear early in the morning as the rhythm section is uplifting. It starts wonderfully with simple keyboard work followed with vocal lines: “Don’t make any false promises” . JRENG! Followed with simple drumming that function as beat keeper and brings the music into uplifting mood. Well, you may argue: what? Is this prog music? It surely not at all! I agree. But . my philosophy is simple: music is emotion! And this track has done its job really well in creating ultimate sense of emotion! This track really touches my nerve deeply. I cannot let my mouth shut whenever this track is airing my music room. WOW! Man . it’s a great track to enjoy. Even, I always repeat this song with very LOUD volume on power amps – including now when I’m writing this review. Oh my GOD . this is the true joy of writing the music I love ..

“Nomzamo”  is another great track with tight composition combining the world music style through the sounds of various percussion with symphonic prog music especially when Menel’s voice enters the music. You may not believe that IQ performs this kind of music. But it’s really good. When the drum enters the music it makes the song full of energy especially when keyboard solo and rhythm enters during lyrical break. Keyboard and drums bring the music into uplifting symphonic prog during interlude with percussion sounds at the background. It’s a wonderful track that you should not miss ..

It’s an excellent addition to your neo prog collection. Keep on proggin’ .!!! 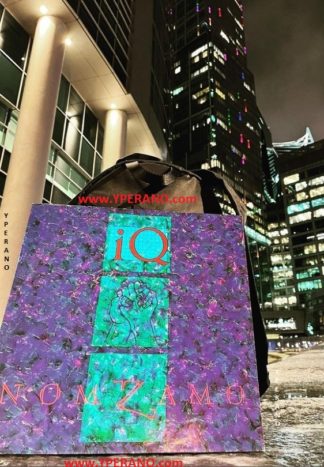