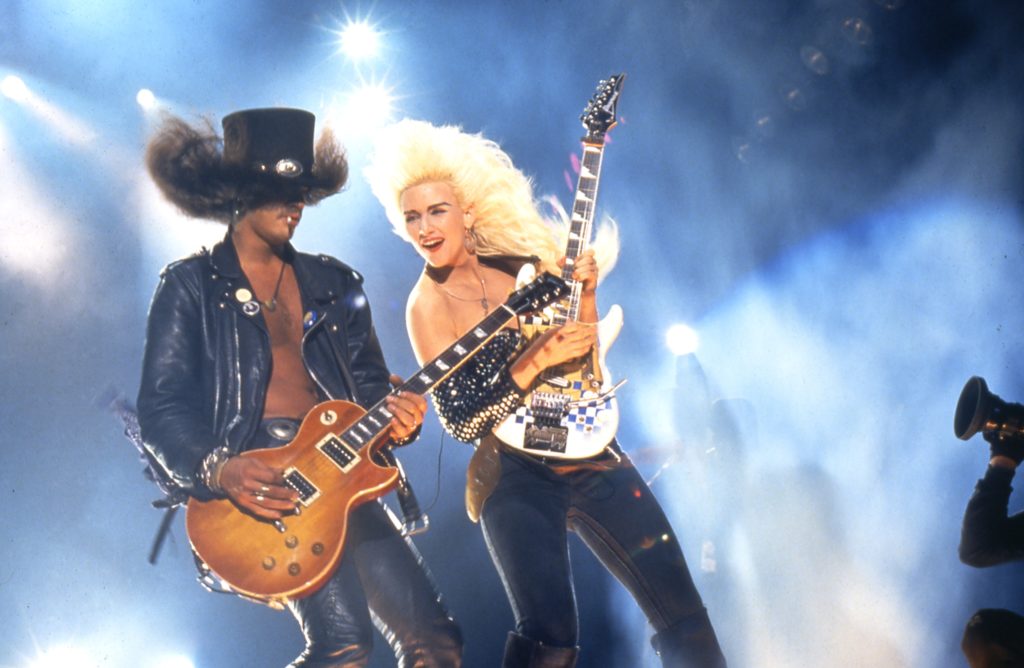 The buzz on Jennifer Batten rose from the guitar underground, and the guitar magazines promptly began chronicling her savvy musicianship and highly original approach to the electric guitar in print. At one point Batten was in 6 different bands, playing everything from straight ahead rock, to metal, fusion, and funk. A major turning point came when she was selected from over one hundred guitarists to play in Michael Jackson highly skilled band which toured the world for one and a half years playing for over four and a half million people. Jennifer wasted no time after the Bad Tour grand finale, diving into work on her own album with renowned producer (and Stevie Wonder guitarist) Michael Sembello. The stunning results can be heard on the One Planet Under One Groove CD.

Raunchy blues-based project featuring guitarist Jennifer Batten and Janis Joplin soundalike, Kali. What makes it really interesting from a commercial viewpoint is the presence of Michael Sembello and half a dozen songs by AOR legend Jeff Paris!