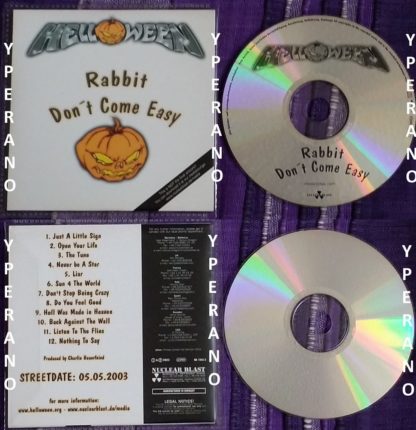 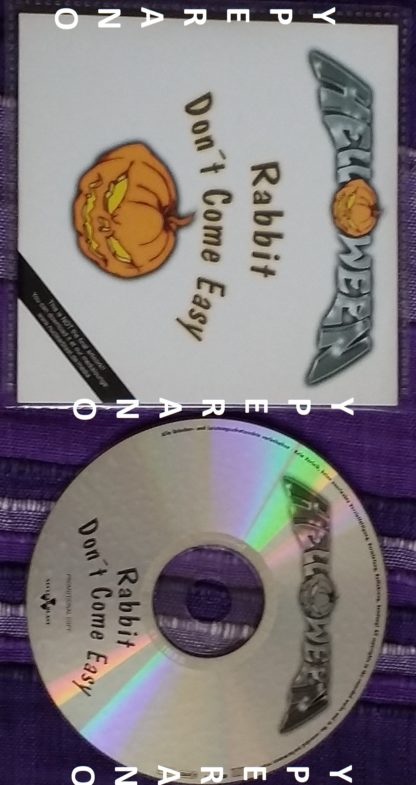 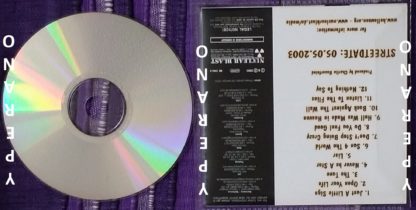 Rabbit Don’t Come Easy is the tenth album by the German power metal/heavy metal band Helloween. It is something of a return to the roots for the band. Rabbit Don’t Come Easy combines many old classic Helloween elements with newer sounds and a modern production.
No drummer is listed in the band line-up for this album. Mark Cross was hired for the position before recording, but only managed to complete two tracks (“Don’t Stop Being Crazy” and “Listen to The Flies”) before being forced to leave due to illness. Mikkey Dee of Motörhead played on the rest of the songs on a session basis.
About the album title, bassist Markus Grosskopf explained in 2003 that “Its based on that English saying, pulling a rabbit out of the hat. Pulling this rabbit [the album] out of this hat [in reference to recent line up changes] wasn’t that easy this time. That gave us the idea of just calling the album Rabbit Don’t Come Easy. [Laughs] Its not to be taken too seriously. We were joking that statement around, and then I suggested we actually call the album that”.
About the recording of the album, singer Andi Deris said in 2003 that producer Charlie Bauerfeind “shows on this new record that he is the biggest fan of our genre of music because he knows how to separate the frequencies and knows where the power has to be. You have to imagine that this type of music is so packed with frequencies that it is nearly impossible to mix because it is so overloaded and you have to single out all of the instruments so you can hear them all”.
After the controversial release of The Dark Ride, according to Grosskopf, “The record company also wanted us to show that were are back. This song “Just a Little Sign” represents the more typical side of Helloween, and thats what we wanted to make clear. You can’t really represent a whole album with one track, but this shows exactly where the album actually goes. Its more of that ‘happy happy Helloween’ direction. It shows that this album is not a sequel to ‘The Dark Ride'” 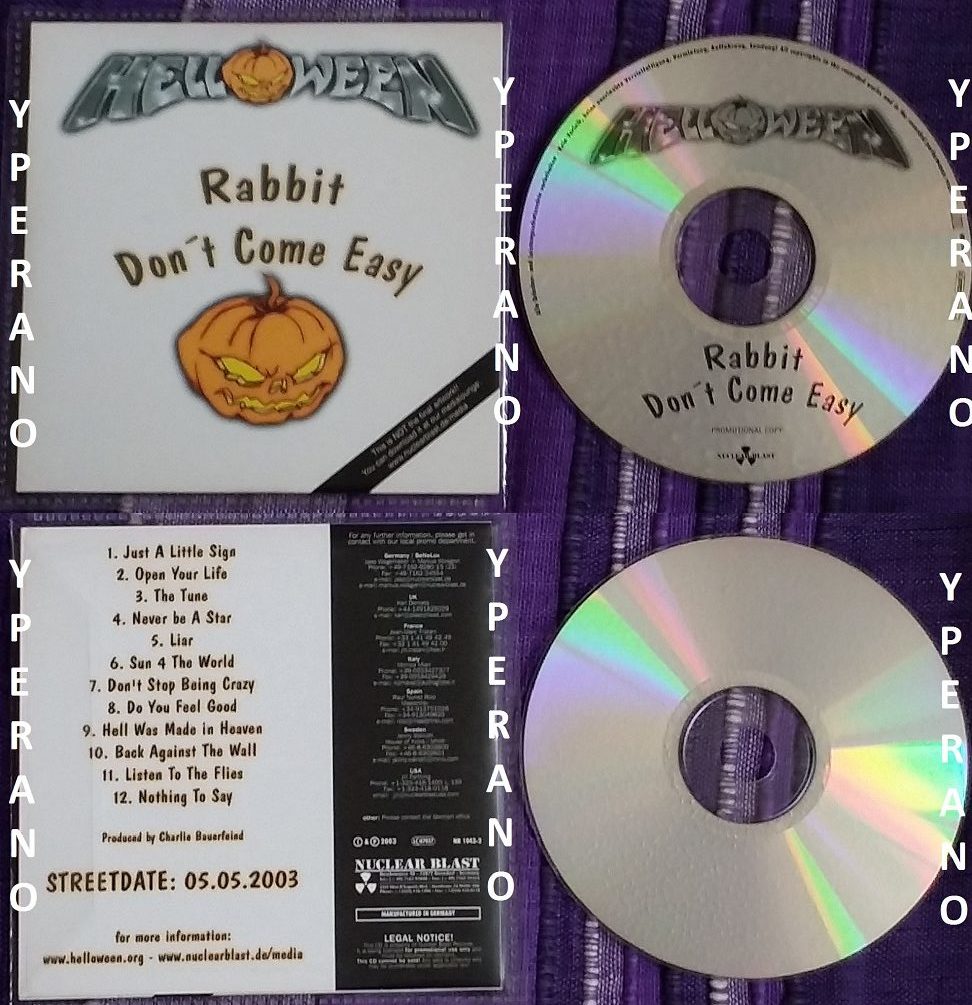 After well over a dozen albums, Helloween still has an impressive knack for grafting memorably anthemic choruses over full-throttle power metal. Whats more, their quieter, more melodic moments never dissolve into schmaltzy sentimentality (a mistake made too often by the bands many followers); the ballad “Don’t Stop Being Crazy” has a certain pathos without being corny. The groups chops are in top form on Rabbit Don’t Come Easy (aided by moonlighting Motörhead skinsman Mikkey Dee), but the quality of the songs is what leaves the strongest impression. 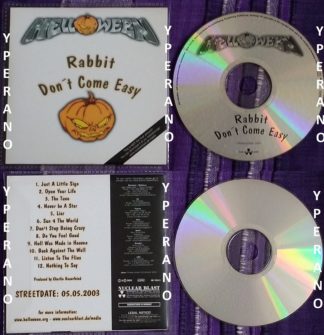