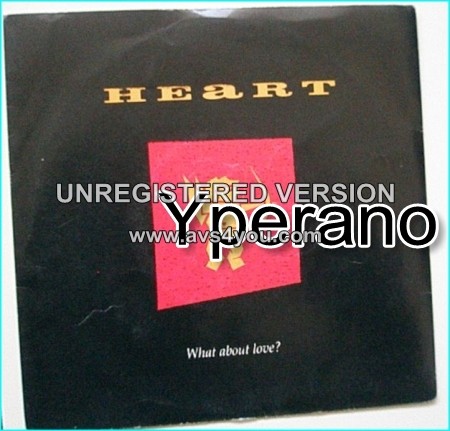 “What About Love” is a song recorded by the rock band Heart, and released in June 1985. The bands “comeback” single, it was the first Heart track to reach the top 40 in three years, and their first top 10 hit in five. It was released as the first single from the bands self-titled 1985 album, Heart, as well as their first hit single on their new record label, Capitol Records.

The song was originally recorded in 1982 by Canadian rock group Toronto, of which songwriters Sheron Alton and Brian Allen were members. (The other songwriter, Jim Vallance, was not a member of Toronto, though he played drums on Torontos recording of the song.) However, Toronto elected not to release their version, upsetting Alton and Allen. They subsequently left the band and the song was offered to Heart who turned it into a worldwide hit.
Grace Slick and Mickey Thomas, co-lead vocalists of Starship at the time, provide additional background vocals on the song.

Reception:
The songs sound marked a considerable change in the musical direction for Heart, moving from the hard rock and folk rock of their earlier work to a more polished, power-ballad sound. “What About Love” received extensive airplay on MTV and returned Heart to the Top-10 of the U.S. Billboard Hot 100 for the first time in five years, peaking at #10.
The song peaked at #14 on the UK Singles Chart upon its re-release in 1988.

Be the first to review “HEART: What about love? + Shellshock 7″ Check video” Cancel reply 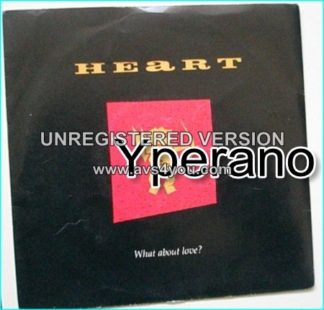 You're viewing: HEART: What about love? + Shellshock 7″ Check video £1.50
Add to basket