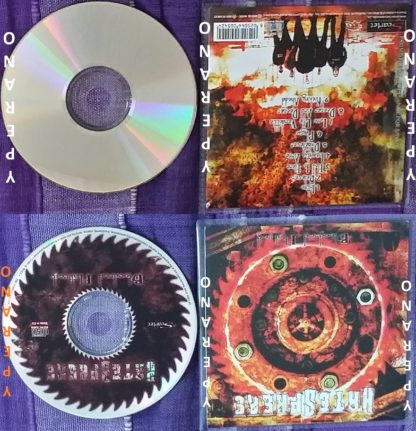 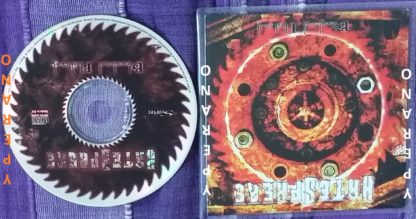 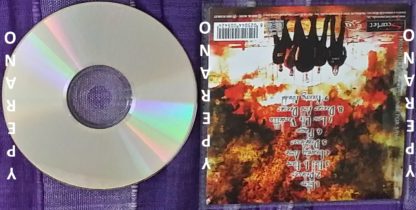 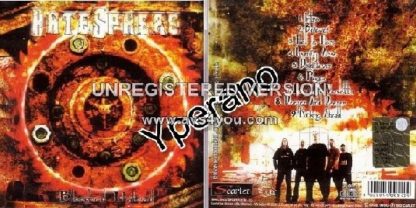 5.0 out of 5 stars Swedish Thrashy death metal! Mmmm, mmmm good!,
Many of you might be wondering who the hell HATESPHERE is. Well, I’m here to tell you that they’ve been around (kind of) since 1993, first as CAUTERIZED, now defunct, then as NECROSIS, now defunct, then in their current incarnation as HATESPHERE. If Bloodred Hatred is any indication of what the metal world can come to expect from these Danish youngsters, than they won’t be defunct any time soon.

Try to imagine yourself sitting in your fathers new Mercedes in front of your girlfriends house waiting for her to get ready for your date. Out of nowhere, an old Peugeot comes barreling around the corner and plows right into you, doing thousands of dollars worth of damage. You’d be pretty angry right? Now try to imagine taking that anger, multiplying it by approximately 10 and bottling it, only to unleash it on a record that lasts little over 30 minutes. You’re getting close to a sense of how angry this album comes across. Part of the “new thrash” movement that’s gaining steam (what seems like daily) across Europe, HATESPHERE joins their peers in CARNAL FORGE, DARKANE, THE HAUNTED, CORPORATION 187, DEW-SCENTED and even ARCH ENEMY in worshipping all things AT THE GATES. But to simply call them a knock-off or unoriginal clone would be doing this fine slab of metal they’ve released a major disservice. Guitar after guitar wallop you over the head with blistering lead work and dirty riffing. The drummer smashes the skins with such reckless abandon, he must be making sparks fly, and the bassist picks his thick, heavy strings like hes actually [upset with] them. Over it all, Jacob Bredahl barks, screams and growls like a madman whos out of medication, paying more than just homage to the greats like Tompa who’ve come before him.

HATESPHERE are but one of the select few who are able to take the hard work and classic metal styles from years ago and bring it front and center into 2003. They don’t just smack you around a bit; prepare to be on the receiving end of a vicious pistol whip. I’m not sure exactly who HATESPHERE is so angry at, but when the result of that anger is something as wicked as this, who really cares? Produced by Tommy Hansen (HELLOWEEN), the sound is stark and striking with nothing being lost. Other than the pretty short length of the album (32 minutes, give or take), I really don’t have any complaints about Bloodred Hatred. All thrash fans need apply.

5.0 out of 5 stars Surprise,
I decided to buy a CD from them. And I was amazed. Great production, not to polished, not to raw. I wouldn’t call this death metal though. Its more a blend of traditional metal and hardcore. A bit like pro pain, but more intense. Check it out.

5.0 out of 5 stars The magnificent 2nd album!!!,
Make no mistake, this is the finest Swedish in style metal from Aarhus DENMARK. Hatespheres 2nd album is even better than the ripping debut album from 2001. More versatile with slower, real heavy passages and brutally grooving riffs. Good and classical use of keyboards by producer Tommy Hansen and a wider range in his vocal use by Jacob Bredahl. Especially check out the tracks “Kicking Ahead” and “Low Life Vendetta” along with “Insanity Arise” and “Deeper And Deeper”. But all 9 tracks (European version) are extremely well written and virtuosly performed. Don’t miss out on this great album. 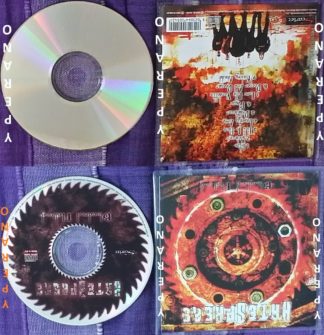