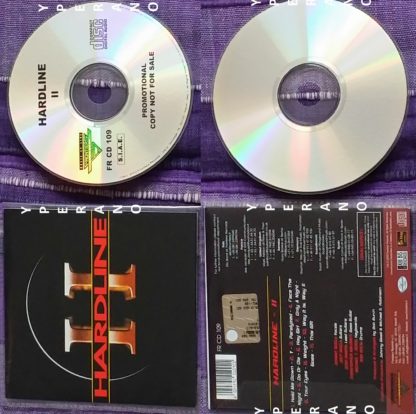 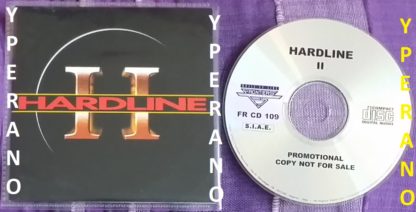 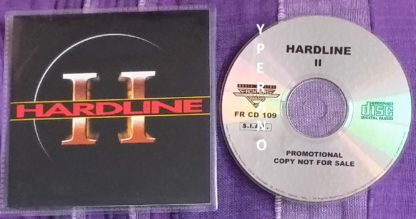 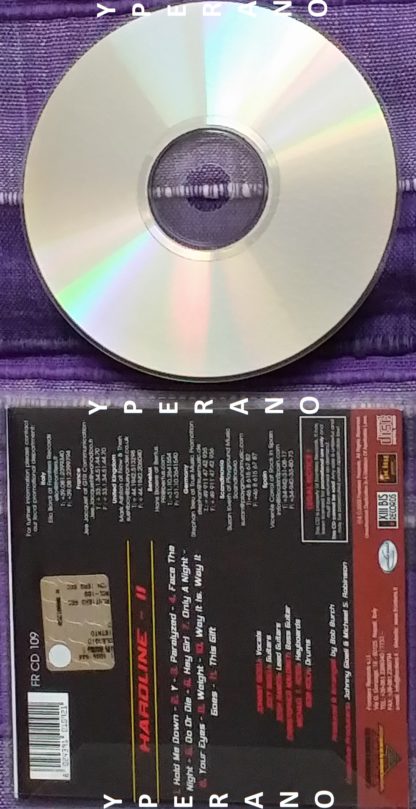 “Double Eclipse” is one of the most beloved CDs in all of melodic hard rock, so was it even possible for “II” to meet expectations? Personally, I feel most fans expected too much from this album, insisting on “Double Eclipse 2” instead of realizing that a decade has passed since the debut and the bands sound has evolved (though not really changed). Say what you want, but this is one hard-rocking, hard-driving, kickass melodic metal release. Disappointed? Not me.
———————————————————-
Although Double Eclipse is a tough act to follow, this is still a very good CD. The only song I didn’t care for was Weight. The chorus was kind of dull. The rest of the song was ok. On a 10 scale, I still give it a 9
———————————————————-
This album is excellent if you really listen to it, a lot heavier than Double Eclipse and some great tracks.
———————————————————-
This is a great album. I admit it is very different from Double Eclipse but Its great! It is just a shame that there are many ignorant people who don’t think so.
———————————————————-
5.0 out of 5 stars The Legend Is Back!,
Although missing Neal Schon replaced by Josh Ramos another legendary guitarist of the Storm, Hardlines second album after a ten year break is as great as ever.
Hardline was originally a band project by Geoli Brothers collaborated with Neal Schon who liked the bands concept and its hard-edged sound. Their 1992 debut album “Double Eclipse” is one of the finest melodic rock albums ever made. Now Neal is busy as a key member of Journey and with a number of rock projects including his own. Neal gladly wrote a song for them “the Gift” featuring his impressive guitar solo. My #1 pick from the album is “Y” catchy hard-edged song fit for huge radio airplay. Pop rock song “Only A Night” , excellent ballad “Face The Night”, dramatic power ballad “Hey Girls” are excellent as well.

Overall they still live up to their legend and will attract a huge number of 80s rock fans’ attention for sure.
———————————————————-
5.0 out of 5 stars BLOWN AWAY!,
AFTER 10 YEARS, YOU’D THINK THAT A BAND WHO PUT OUT AN AWESOME CD IN 1992 WOULD BE LACKING A LITTLE BIT WHEN RECORDING A CD 10 YEARS LATER! I DIDN’T EXPECT THEM TO GET BETTER!
THIS CD IS REALLY GOOD! THE FIRST SONG GRABS YOU BY THE PILLS AND DOESN’T LET GO THROUGH THE WHOLE CD….”HOLD ME DOWN” ROCKS AND IS A PERFECT SONG TO START WITH AND THEN “Y” JUST KICKS!!!
THAT SONG WOULD BE A BIG RADIO HIT IF THIS CD WAS RELEASED IN THE U.S.
THE CD NEVER QUITS, THEREs NOT ONE SONG I WOULD SKIP TO HEAR THE NEXT…ITs THE KIND OF CD THAT GETS BETTER AND BETTER EVERY TIME YOU PLAY IT…I CAN’T GET IT OUT OF MY SUV CD PLAYER.
I HAD TO BURN 2 MORE COPIES, ONE FOR WORK AND ONE FOR THE HOUSE.
GET THE CD, YOU WON’T BE DISAPPOINTED.
———————————————————-
5.0 out of 5 stars They’re back…and still amazing!!!,
Whoa! Once again, an awesome collection of hard rock tunes on this second effort by the band that could have been bigger than Bon Jovi. They were just a couple years too late with Double Eclipse. “II” was going to be titled “Hyperspace,” but the band wanted a simpler title for the second recording. “II” is more aggressive than the melodic Double Eclipse. The opening track, “Hold Me Down,” is perfectly placed to set the tone for the rest of the CD. Next is “Y,” another aggressive, yet radio-friendly song that has some melodies close to “Blind Revolution Mad” from Wingers Pull CD. Following “Y” is “Paralyzed,” which is one of the more melodic songs on the CD. “Face The Night” is next and is the bands “80s metal” heavy ballad of the CD. Nice melodies along with heavy guitars makes this one of the CDs highlights. “Do Or Die” follows “Face The Night,” and quickly gets you back into aggressive mode once again. The next three songs, “Hey Girl,” “Only A Night,” and “Your Eyes” sound as if they were written during the Gioeli brothers’ Brunette days. “Only A Night” is the CDs softest song, almost all acoustic. The next two songs, “Weight” and “Way It Is Way It Goes” are the two best songs of the CD. Heavy, aggressive, and melodic. The last song is “This Gift,” featuring former Hardline and current Journey guitarist Neal Schon. The trademark Neal Schon sound is evident on this one, and it closes the CD with style. If you own Double Eclipse, why don’t you have this one yet? If you’ve never heard of Hardline, well, you’re in for a real treat because these guys are incredible!
———————————————————-
5.0 out of 5 stars Hardline II Rawks!
Hello! After ten years from the recording of the masterpiece”Double Eclipse” Hardline still has what it takes!! Delivers excellent ballads and some catchy rocking rhythms! Mr. Johns vocals are spectacular….from the very first track, you’ll be hooked.Plain and simply: Its just GREAT rock and Roll Hey ya can’t miss with such talented musicians! Do yourself a HUGE favor and purchase this 2nd masterpiece by HARDLINE!
———————————————————-
5.0 out of 5 stars Pure Quality,
What a great comeback, even without Neil Schonn. Great songs, great guitar. I have always loved Double Eclipse and this is just as good. I am playing it every day at the moment. Its already one of my most played i-pod albums. Just buy it, its awesome!
———————————————————-
5.0 out of 5 stars Hardline – II,
This is the best of all the hardline CDs I have. Many great songs.
———————————————————-
5.0 out of 5 stars Hardline II,
II is the second album by Melodic Rock band Hardline featuring brothers Johnny Gioeli and Joey Gioeli.
This new album features more of a heavier sound than the previous “Double Eclipse” record and it features newcomer guitarist Josh Ramos replacing Neal Schons place after he left in late 1992.
“Do Or Die”, “Face The Night” and “Your Eyes” are remakes of early Brunette demos [a glam rock band from the 80s featuring Johnny Gioeli and Joey Gioeli).
———————————————————-

5.0 out of 5 stars Hardline is Rock ‘n Roll Paradise!,
The first Hardline CD, Double Eclipse is excellent, and this 2nd effort, Hardline II, picks up where they left off with the vocals and band in perfect form and leaves you yearning for more Hardline Hard-rock Anthems. My favorite songs from Hardline II are Hold Me Down, Y, Paralyzed, Do or Die, Your Eyes, Way It Is, Way It Goes. This are all very good and recommended as a buy for any rock’n roller! 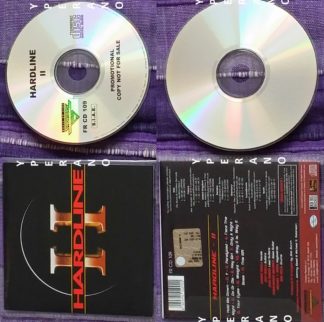