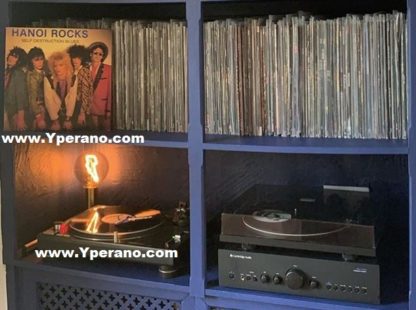 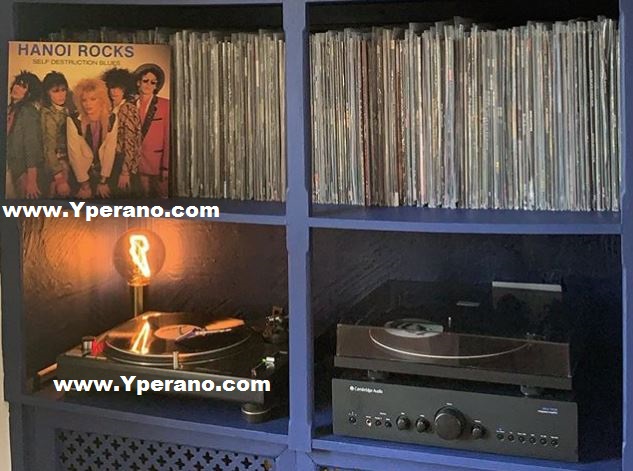 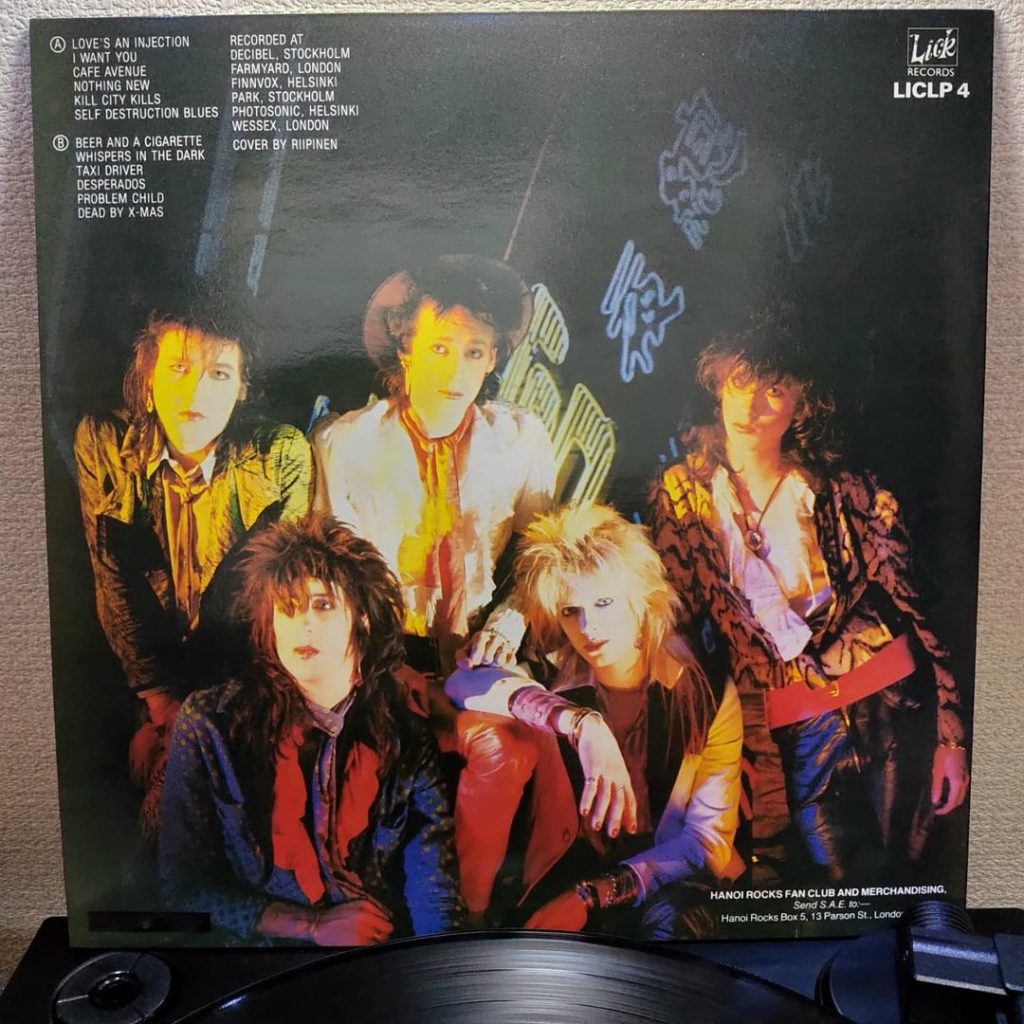 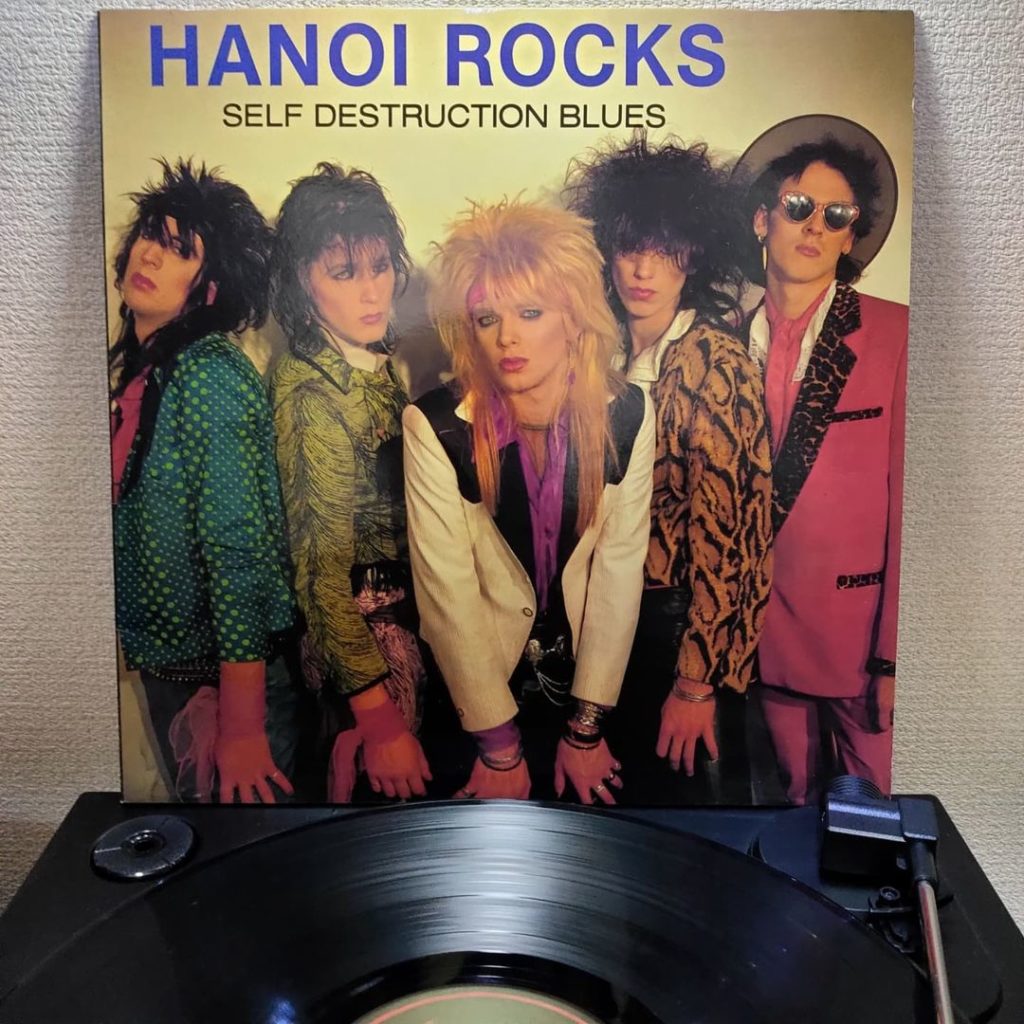 Self Destruction Blues is an album by the Finnish rock band Hanoi Rocks, released in 1982. Although often listed as a studio album, Self Destruction Blues is a compilation of singles and B-sides that the band recorded in 1981 and 1982. None of the tracks on Self Destruction Blues, however, appear on their previous albums. Guns N’ Roses were rumoured to record a cover version of “Beer and a Cigarette” for their 1993 release “The Spaghetti Incident?”. Of note is the fact that although Gyp Casino appears on the LP, his replacement Razzle actually appears on the cover.
“Dead By X-Mas” has been covered by the Visual Kei Band The Piass in 1994, The US punk band The Hillstreet Stranglers in 2005, The British electro group Sohodolls in 2007 and the Finnish rockabilly band Big Daddy & Rockin Combo in 2008. 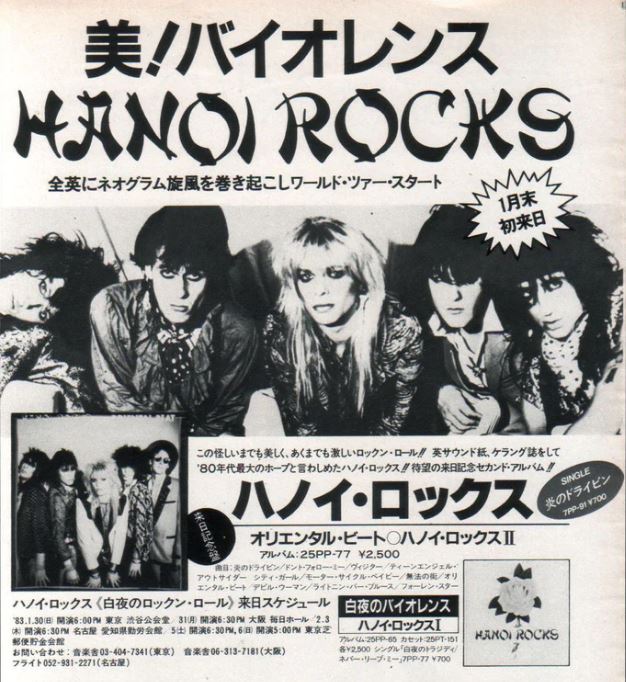 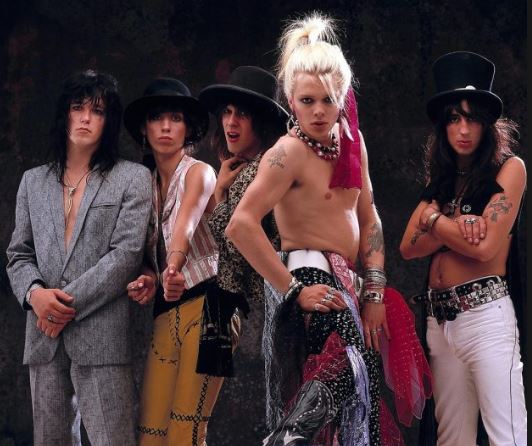 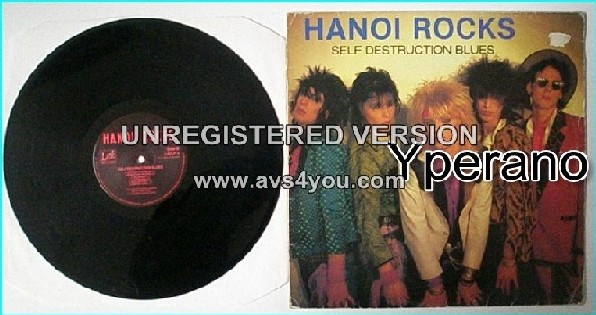 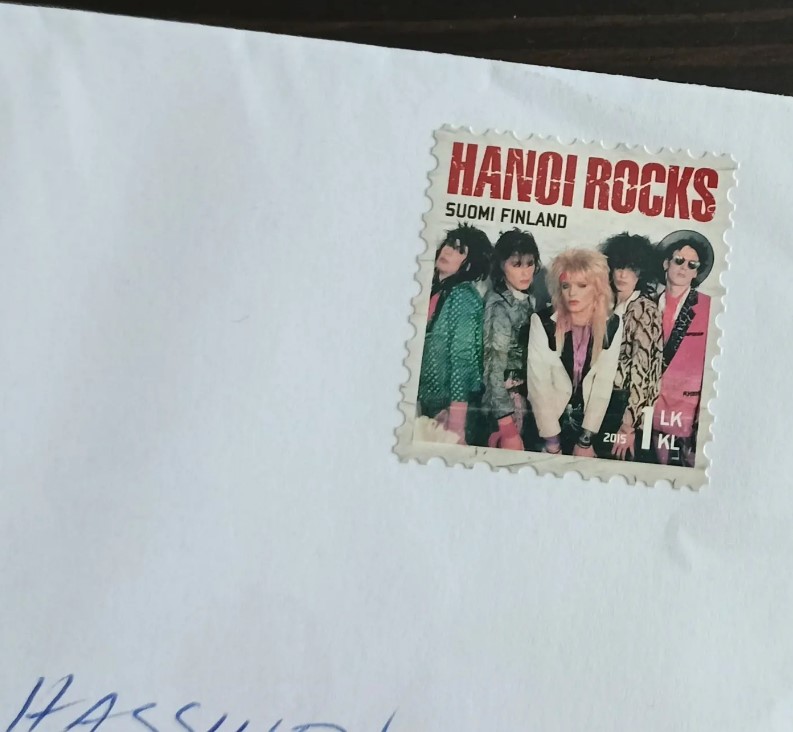 5.0 out of 5 stars Probably, Just Probably Their Best.

I have adored this album from the time I first owned it on vinyl. ‘Loves An Injection’ as one reviewer many years ago wrote “…with it’s almost always eerie Hanoi ‘love song’ feel” is a beat driven belter in contrast to the sugar-coated ‘I Want You’ perfectly placed between the opener and the McCoy autobiographical (according to some sources) ‘Cafe Avenue’. ‘Nothing New’ lightens the atmosphere again, before we’re back in well trodden Hanoi territory with ‘Kill City’ about you guess what… ‘Self Destruction Blues’ sounds like an old drowned out 20’s Blues recording – and is meant to. Another Hanoi staple ‘Beer And A Cigarette’ drives on to another lovelorn song ‘Whispers In The Dark’ THE classic ‘Taxi Driver’ that is sooo good you will swear you’ve heard it before even if you haven’t rounding off with the comedy ‘Desperados’ the tinged with manic teenage angst throw-away blast ‘Problem Child’ and the ever loved ‘Dead By Xmas’… where did they come up with their ideas? The Definitive Sleaze recording by a Finnish band that outdid the UK & US bands who stole so much from the forever underrated Finns.

5.0 out of 5 stars Probably their best effort

If you’re toying with the idea of purchasing just one Hanoi Rocks album then look no further… this one is ripe for the picking. Jam packed with perfect glam, this album’s a winner from start to finish. The lipstick-loutishness of Taxi Driver will have you screechin’ along ’til your Mother bangs on the ceiling; Desperados makes Clint Eastwood seem naked without a guitar (now that would have been interesting); Dead By Christmas is way-hey-hey catchy; in short, this Rocks! What a pity they were forced to disband…

5.0 out of 5 stars Masterpiece.
There might be some flaws with this record but I honestly can’t think of any right now. Café Avenue, Nothing New, Loves An Injection, Taxi Driver, Kill City Kills… Seriously, it’s a masterpiece.
5.0 out of 5 stars The Best Hanoi Album EVER!
Hanoi rocks are an awesome Finnish band that is so often overlooked.
Cafe Avenue, Whispers in the dark, and lets not forget Dead By Xmas, which they stopped playing after Razzle was tragically killed, by a careless Vince Neil.
This is one of my favorite albums ever and i recommend it to anyone. 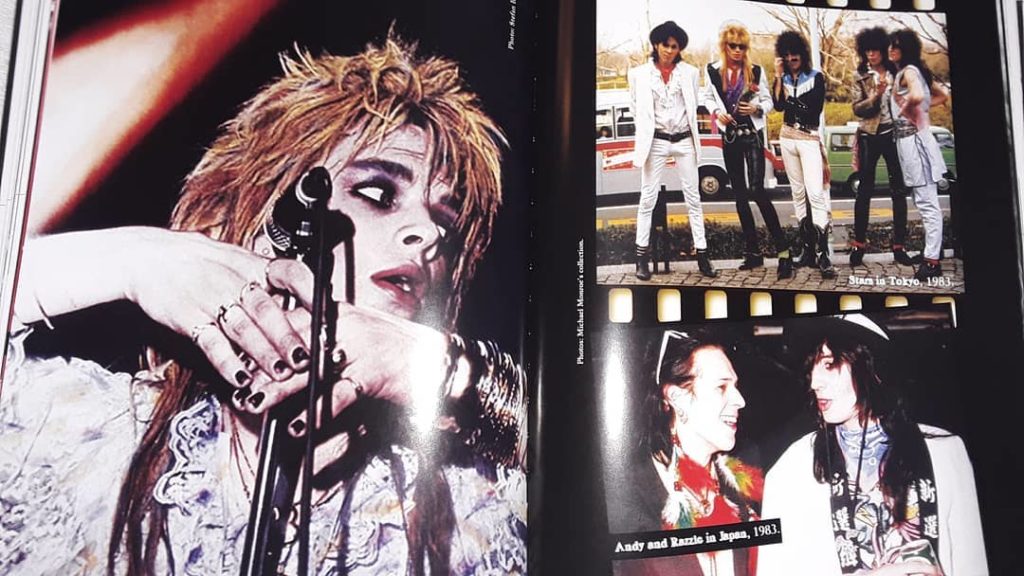 5.0 out of 5 stars THEIR ABSOLUTE BEST!!!!! EVER!!!!!
This album means so much to me. A compilation of B-sides and unreleased songs from the first recording sessions the band made, recorded all over the place: Finland (where the band is originally from), England, etc. I would have never figured that one out, because the quality of the songs, and the record as a whole would never hint that.
Not a weak link here, not a average song, all of them are top notch!! My absolute favorites are “Cafe Avenue”, “I want you”, “Kill city kills” (simply unbelievable!), “Self destruction blues”, “Whisper in the Dark” (awesome!!!), “Taxi Driver”…well, I guess i am naming them all, am I not? Sorry, I can’t help it…If you think GN’R rule, you should give the Hanoi Rocks a listen, so you can have a taste of the real thing…god only knows what could have been… but let’s not get depressed, let’s celebrate life, and as long as we have the music that Hanoi Rocks crafted, we will be safe from the hordes of boring, lackluster music… so go on, get a cold one, raise your glass to Razzle and enjoy… 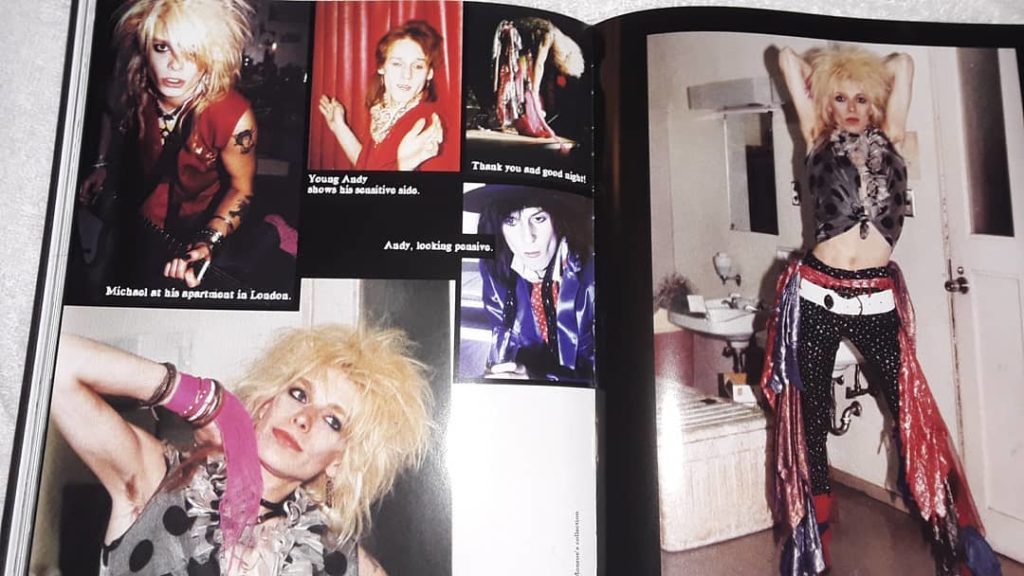 Fans of Glam rock–LA Guns, GnR, Faster Pussycat, Motley Crue,–these guys were one of the originals. Way ahead of there time. There songs still rock!! Check them out!! 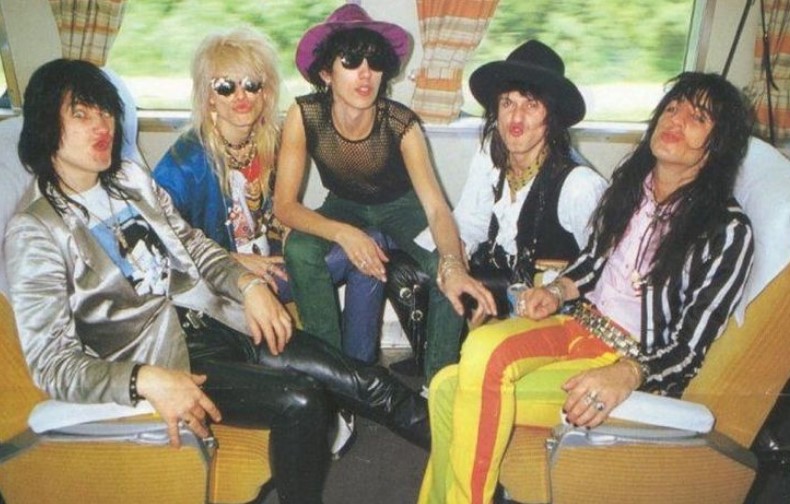 Finland’s Hanoi Rocks were making a name for themselves in the London club scene in the early `80’s. Playing a classic punk hard rock hybrid with a New York Dolls/Rolling Stones look and lifestyle, the band – led by super androgynous lead singer and sax man Michael Monroe and guitarist and main songwriter Andy McCoy were seemingly running against both the new romantic safe new wave and the more aggressive NWOBHM in terms of marketplace competition during this era. `Self Destruction Blues’ was actually a compilation of non-LP singles and b-sides but it has earned official album status on any list of the band’s discography. “I Want You” which was their first single perfectly represents why Hanoi Rocks really seemed to be a band out of sorts with the rest of the rock world. “Kill City Kills”, “Taxi Driver”, “Beer and a Cigarette” and the title track are often cited in any survey of the best of what Hanoi Rocks had to offer and for that `SDB’ is an essential purchase. Also this was the last release to feature original drummer Gyp Casino who was fired and replaced by the late Razzle (featured on the cover but not on the tunes). “Dead by Xmas” closes the record in fine fashion and probably won’t bring much holiday cheer but it is a memorable tune nonetheless. Considered among the best in the catalogue, `Self Destruction Blues’ would be a solid purchase for those who wish to discover the contradiction that is Hanoi Rocks. 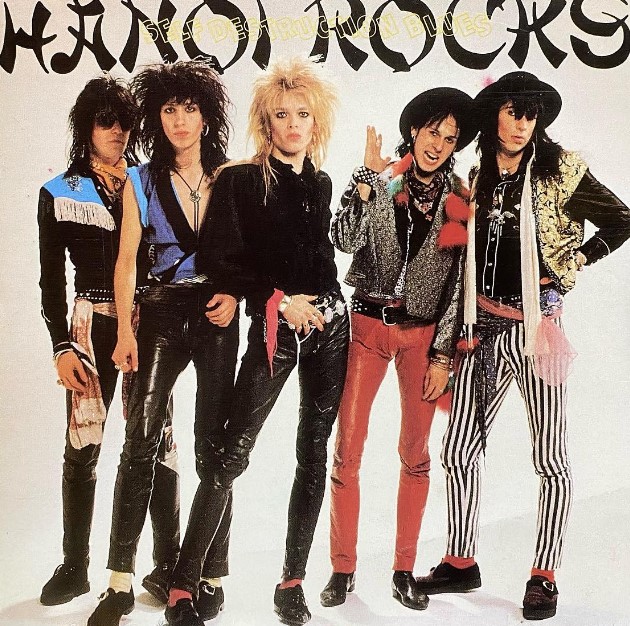 Marjo Wycam
5.0 out of 5 stars Do whatever you have to do, but get a copy of this album.
This album shows that a group does its best work on the B-sides of its singles, because that is when they are not afraid to fool around and maybe fail.
Except that on this collection of B-sides and unreleased tracks, nothing fails. Every song is fresh and exciting.
When Hanoi Rocks was in existence I never paid them much mind. Recently I got this album and listened to it. The first listen I was playing it in the background and did not appreciate it.
Later on I listened seriously. Everything about this album is first-rate. Songs like “Self-Destruction Blues” are the best Blues Rock ever. The guitars, the harmonies even the little hooks in the melodies, everything. This band was a bunch of geniuses. In their own way they were as melodic as Burt Bacharach and as rocking as the Rolling Stones.
And to think they pulled it off in the era of the hair bands.
Do whatever you have to do, but get a copy of this album. 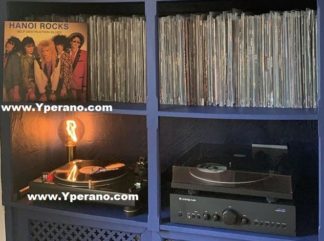