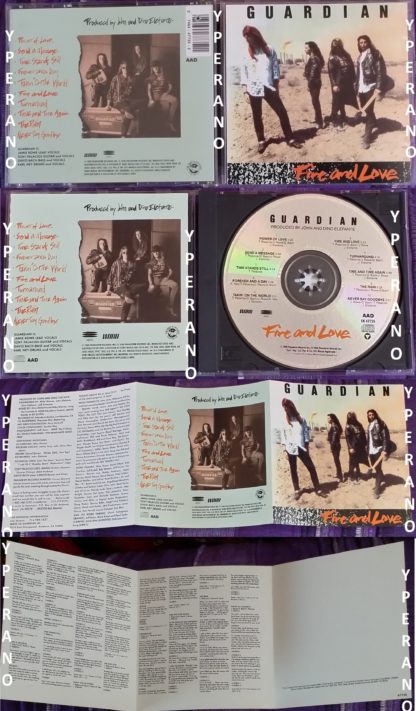 ONE MORE REVIEW (this time smaller in size):

5.0 out of 5 stars Guardians best album ever,
This is Guardians first album featuring Jamie Rowe in the vocals. The first Guardian album was a very mellow metal album. “Fire and Love” is a very mature and bold rock album. No other album was to be surpassed in the honesty of their lyrics. “Time stands still”, “Forever and a day”, “Never gonna say good-bye” and other lyrics kept me on my feet when I was feeling down. This is their best album by far, with Spirit-Inspired, powerful lyrics.
———————————————————-
5.0 out of 5 stars Blew Me Away!!!,
This album blew me away when I popped it into my CD player. Its hard to drive down the road without speeding while listening to it! 🙂
The whole album is great! How rare it is to find an album that you don’t skip through certain songs to listen to others. You can pop this one in your CD player, set the auto repeat, and enjoy the whole thing!!!! Tony Palacios blows me away with his arpeggios! Its so refreshing to be able to enjoy this powerhouse rock that lifts up the name of Christ! “The Rain” and “Power of Love” is the best tracks on the album. You won’t be disappointed in purchasing this CD!
———————————————————-
5.0 out of 5 stars One of the best metal albums ever.,
Guardian is one of many bands which never struck fame. They’re perhaps a diamond in the rough as their album “Fire & Love” is one of the absolute best heavy metal albums ever produced. Every single track is hard hitting and delivers great metal sound from the vocals courtesy of one of the best in the biz Jamie Rowe, the guitar riffs, bass lines, drum work, everything flows perfectly. The harmony in the backing vocals is superb. I would have to say this album ranks up there with the hardest rocking best. No matter whether you’re into Christian metal such as Stryper or Petra or you stick with the mainstream, this is a hard rocking metal album you definitely need to hear and own!
———————————————————-
5.0 out of 5 stars Power rock!,
Once you hear the opening chords of “Power of Love”, you’ll know what you’re in for. Its a massive hit for all fans of late 80s Bon Jovi-style rock. Jamie’s vocals are incredible, and Tony’s guitar…well, you have to hear it to believe it. Their first album with the lineup that lasted until the bands demise last year, and its still one of their better ones. Get it while you still can!
———————————————————-
5.0 out of 5 stars Brings back Memories!,
It is really one of the greatest hard rock albums ever. At first I was kind of sad to see Paul Cawly be replace, but Jamie Rowes more bluesy voice really enhanced the bands sound.
———————————————————-
5.0 out of 5 stars Great Christian Metal!!,
This band was awesome in their day. With the addition of Jamie Rowe as lead singer, Guardian had a new polished sound. But, I must add that they still stayed true to their metal roots. This is such a great CD. It is my favorite! I had it on tape and decided to finally buy it on CD. It sounds great! Buy it! You’ll love it!!
———————————————————-
5.0 out of 5 stars Great Cd!! 5 Stars All the way!,
This Cd is Amazing, Its some good ole Christian rock, if you like older school rock you gotta have this CD 5 Stars all the way!!!
———————————————————-
5.0 out of 5 stars I’ve almost killed this CD listening to it so much,
This entire CD is EXCELLENT!! No bad tracks, a PERFECT CD!!! “Turnaround” is my favorite track. 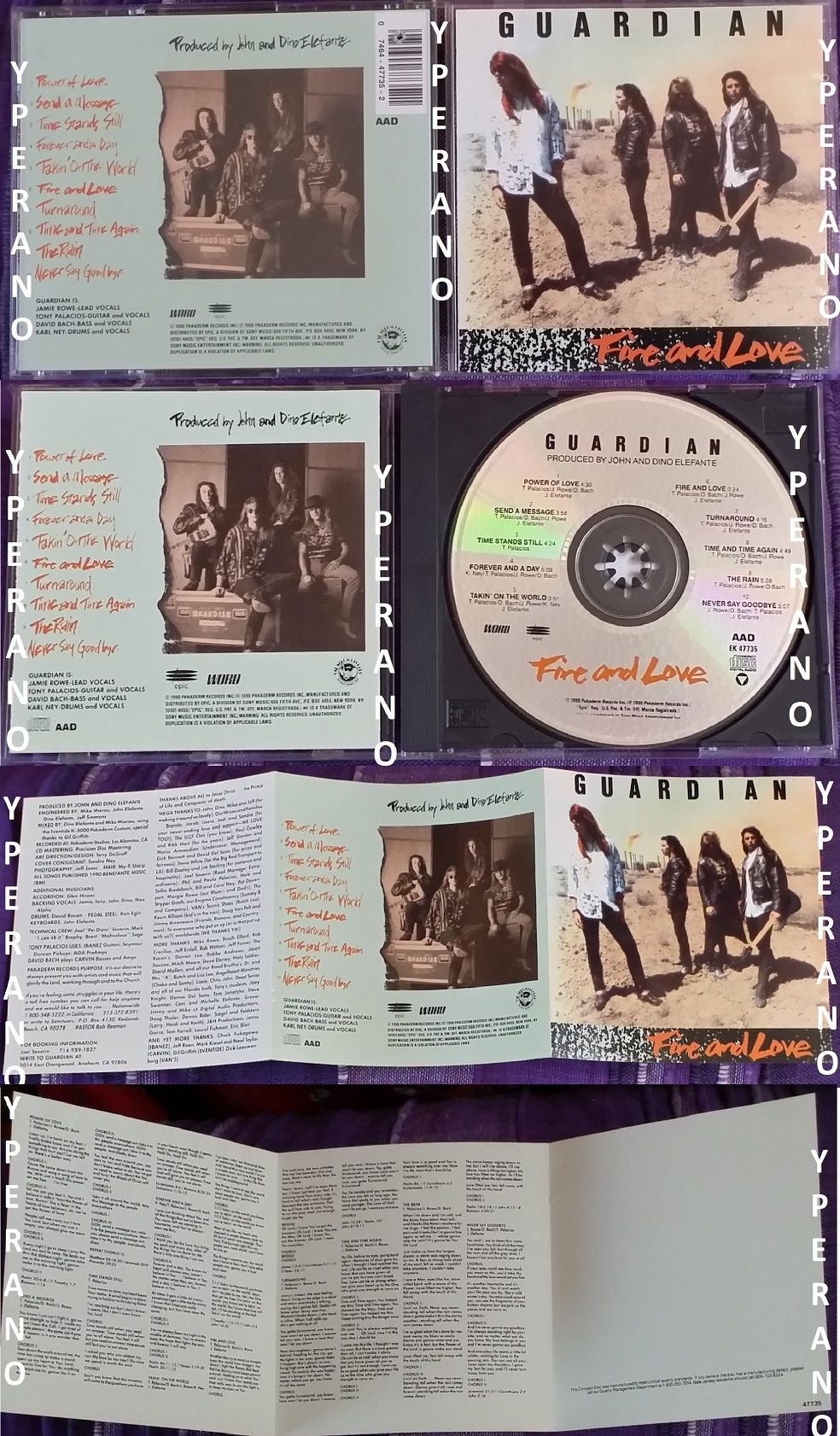 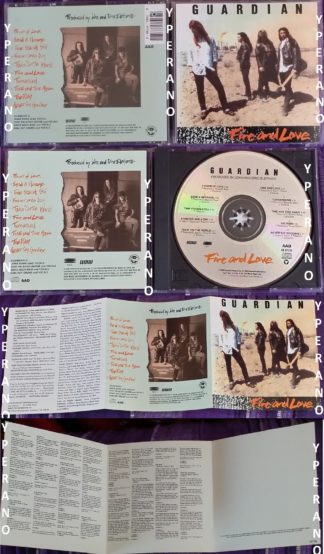