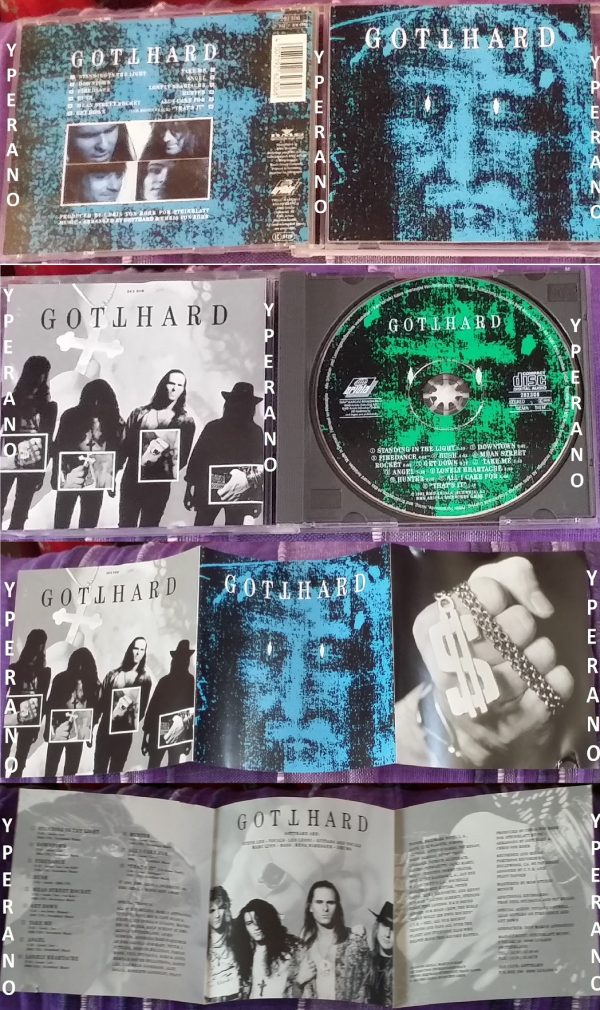 Fantastic Hard Rock band from Switzerland. Features Hush the Deep Purple classic in the best ever cover version of this song!

This is the record to put on if you are heading down-town a Saturday night. If you don’t get in the right mood for a heavy rock’n’roll night with your friends and beer after listening to this album, you are dead. 10 out of 10 knuckles.
——————————————————–
A GREAT release if I may say so. This is a rockin’ release. Bang your head & fist rock n roll. A must have for every Hard Rock fan world wide!
———————————————————–
One of THE best rock albums.Definitely only hits on this album,even the cover of “Hush” is better than the original.Best track is “Firedance” with the lead guitar and a fabulous solo of none else than Mr Vivian Campbell.A stunning effort that should be in every collection.
————————————————————
Awesome CD from an awesome band. Their version of Deep Purples Hush ROCKS!!! I absolutely love this tune! Other favs are tracks 2,3,6,7,and 9. This is my favourite LP by this band by far. I’ve heard that their new one returns them to this sound so I’ll have to give that a try. Steve Lee and Leo Leoni are a great team!
———————————————————-
The first album. Killer!!! Hard&Heavy with excellent quality. Mr.”drummer” Hena is a machine, Leo is a perfect guitar, Marc is excellent and “God” Steve Lee is “suberb”!!!!!!! Hey, Vivian Campbell plays guitar in this album in Get Down and Firedance.
———————————————————-
….the cover of Hush. Bloody brilliant. You are looking on one of the best AOR/Melodic/Hard Rock/Hair Metal cds ever. This album RULES…!!! If you love hard rock,you love this album.

5.0 out of 5 stars Class Hard Rock,
What a way to start your musical career. This is Gotthards first album and what an album it is, class from start to finish. It has a lot of powerful tracks including Standing In The Light, Downtown, Mean Street Rocket and a superb cover version of Deep Purples, Hush, which for me is the best version I have ever heard. There are a couple of softer numbers with All I Care For and Angel but they are great too and are a great mix for this album. This is a must for any rock fan and it is always at the top of my CD collection. Superb!
————————————————————-
5.0 out of 5 stars Superb début album,
Love this album, was my first Gotthard I bought. In the meantime I got all of them and was on several concerts in Switzerland. They absolutely rock.

This first album is considered to be their best one. It shows their variety: the great opener standing in the light’, the stomping ‘Firedance’, the fantastic and my absolute ballade ‘All I care for’ or the great version of the covered ‘Hush’.

This is actually the second version of their first album – the first one has a red cover which was a limited edition and isn’t in production any-more.