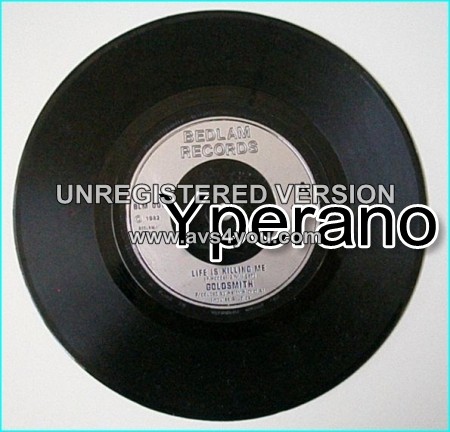 Cumbrian NWOBHM Hard Rock act GOLDSMITH was created in Barrow-In-Furness in 1981 by former BITCHES SIN guitarist Perry “Pez” Hodder. Originally a trio, with Pez handling lead vocals, Glen Milligan on bass and Mike Henderson on drums, the group subsequently added Pete Adams on second guitar. The band debuted with the “Evil Woman” 7″ on their own Goldsmith label in early 1982. A four song demo, “’82 Demo”, was then circulated after the singles release.
Late ’82 saw the release of this further 45, “Life Is Killing Me”, on Bedlam Records. Goldsmith then recorded a 12” acetate called You Won’t Catch Me, that was planned to be released in 1983. That never happened and only one copy of the acetate is believed to exist. The band petered out in early 1984, and that appeared to be the end of the Goldsmith saga. However, in 2004, an eleven song compilation of the bands ’80s recordings, also entitled “Life Is Killing Me”, was released by Obscure NWOBHM Releases Records. 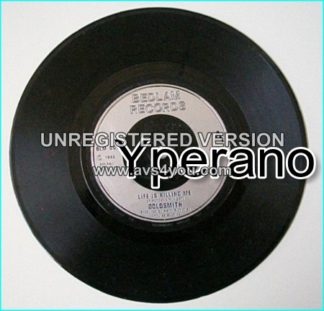