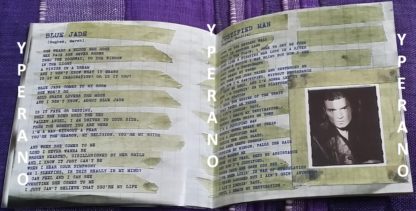 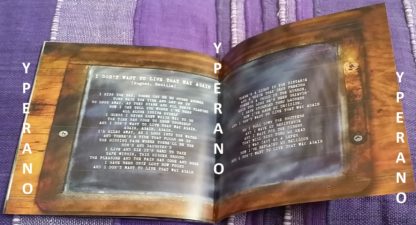 Addiction is a studio album by former Deep Purple, Black Sabbath and Trapeze vocalist/ bassist Glenn Hughes. It was released in 1996 and was Hughes fifth solo studio album.
Addiction was a definite hard rock record, at times bordering on heavy metal. It is generally considered Hughes heaviest solo album, both musically and topically. Hughes describes the period of his life when he made the album as a dark one; various issues he was going through are addressed in the songs. Many of them focus on the drug addictions that marred Hughes life throughout the 80s.
Guitarist and songwriter Marc Bonilla had a major contribution on the album, performing, co-producing and co-writing nine of the ten songs. This is also Hughes first album to feature long-time guitarist and co-songwriter Joakim JJ Marsh. Marsh (from Sweden) has played guitar on every subsequent Hughes solo album and has toured with him on many occasions.

One of the greatest albums in Rock history. Every track is almost archetypal, I’m astounded every time I listen to it- yet hardly anyone? I know is familiar with it.

One of my favourite Glenns? songs. No words to describe the feeling I have when he sings…THE VOICE OF ROCK is always the best!!

5.0 out of 5 stars Hard Rock,
I really want to say that this is my favorite Glenn Hughes album + I listen to “Addiction” far more. This is the darkest album that Glenn has put out, being filled with all the dark emotions of man, such as anger, frustration, heart ache, and the anguished separation from an addiction. This album is an excellent reading of all of those. I’ve been there and I think that is the attraction of this album to me.
It is a straight ahead hard rock album, and to me this is really where Glenn excels. He may think that it is in the Soul/Funk arena, but I know that it is here. There is no fancy vocals in this one, and no funk to be found. The album has a very nice flow to it, and if Glenn has ever come close to making a concept album this is it. The album is co-produced by Marc Bonnilla and you can really see his touch on the album. It appears as if he and Glenn come from the very same place and in perfect sync on this one.