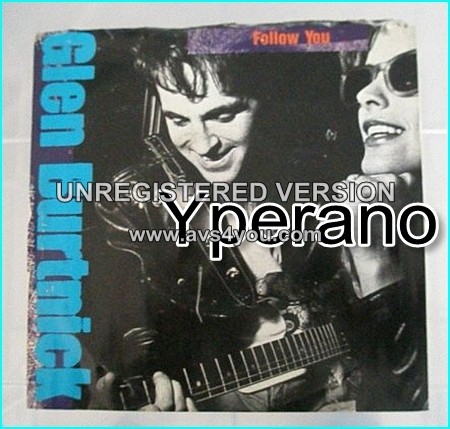 Glen BURTNICK: Follow You + Walls Come Down. USA single from the king of A.O.R West Coast 7″

Rare. Glen Burtnick a singer/songwriter born and raised in New Jersey, became a regular part of the Asbury Park music scene during the early eighties. Glen often shared the stage at the Stone Pony with the likes of Bruce Springsteen, Southside Johnny, Little Steven Van Zandt and Jon Bon Jovi. It is a known fact that Bon Jovi asked Glen to join his new band before their runaway international success during the 1984-86 period. As the story goes, Burtnick declined, Bon Jovi, well.. the rest is history as they say. In the meantime, Burtnick managed to secure a solo artist deal with A&M Records, culminating in the release of two melodic rock classics Talking In Code and Heroes & Zeros. This pair are considered to be compulsory items for the melodic rock collector. Both feature an array of talent. AOR legends Dann Huff, Alan Pasqua, Steve Smith and Neal Schon all chipped in

Be the first to review “Glen BURTNICK: Follow You + Walls Come Down. USA single from the king of A.O.R West Coast 7″” Cancel reply 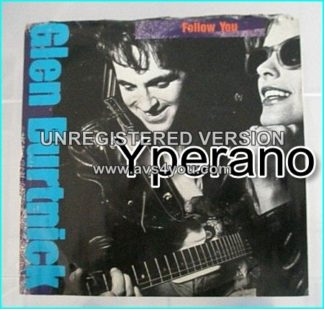 You're viewing: Glen BURTNICK: Follow You + Walls Come Down. USA single from the king of A.O.R West Coast 7″ £2.50
Add to basket