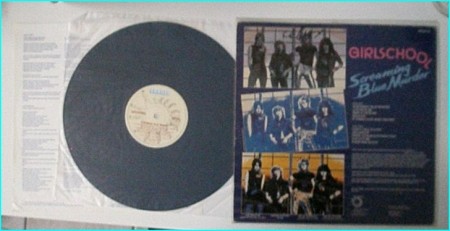 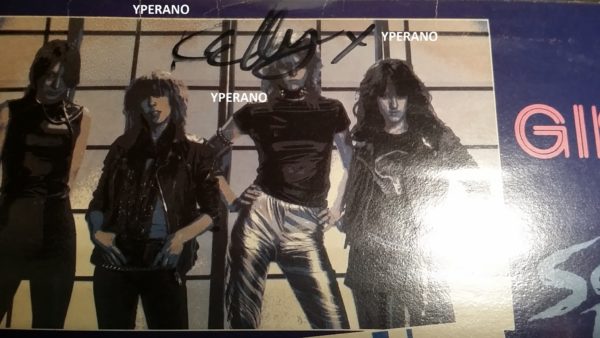 Screaming Blue Murder was the third studio album by British heavy metal band, Girlschool. It was released on Bronze Records in 1982, and featured one line-up change in bassist Ghislaine ‘Gil’ Weston, formerly of The Killjoys, replacing the recently-departed founder-member Enid Williams. Nigel Gray, who had previously worked with The Police, produced the album. The UK-release was somewhat delayed and the band had already started the 20-date UK tour, which ran through May 1982.

5.0 out of 5 stars “”Screaming Blue Murder”” is a fantastic entry in the Girlschool canon. All the same elements are there, catchy, driving, punk/rock/metal delivered with lots o’ balls.
Excellent. Definitely better than ANYTHING any of the current crop of “”all female rock bands”” has to offer.

5.0 out of 5 stars Ah, Girlschool…,
As a budding young teenage rock kid, I was a HUGE fan of Girlschool. They always had heavy riffs, and raw production. It was a nice, live sound, and now it sounds even better. If you’re a true fan of this band, or British Heavy Metal in general, I HIGHLY recommend this group, and especially this LP

5.0 out of 5 stars released in 1982,as creaming…’ was the New Wave Of British Heavy Metal all-female band third record. I mean,come on!Who could possibly resist? A must-have.

5.0 out of 5 stars The true definition of “”Girl Power””,
By 1982, the NWOBHM still had life left in it. One release to really keep the feeling of the original era alive was Girlschool third LP “”Screaming Blue Murder.””
On the previous release “”Hit and Run,”” the band went toe to toe with the best of the competition the boys had to offer, in the form of several scorcher speed metal compositions. Reflecting that in 1982 several key NWOBHM bands were starting to go toward a more commercial sound, “”Screaming Blue Murder”” sees the members of Girlschool going in a slightly more rockish direction than its predecessor. Therefore, the emphasis here is more on catchiness and hooks than on visceral speed. This hardly proves to be a liability, as the energy level remains just as high as before, making for a truly fun and memorable album. Every single track is strong, but if I had to name standouts they would be “”Live With Me,”” “”Hellrazor”” and “”You Got Me.”” This is great music to lift your spirits when you’re down in the dumps. New bassist Gil Weston proves to be a more than accomplished replacement for the departed Enid Williams. Finally, I have to say that all these girls look totally hot on the album cover, with frontwoman Kelly Johnson exuding just as much sex appeal as before.

5.0 out of 5 stars a true hard rock classic, Girlschool made three by any standard classic hard rock albums that can compete with any other band ever. This was the third one. The first was ‘demolition” the second; the bad to the bone: “hit and run” and then this one. Every song is great on this LP. The album featured tight riffs and cool lyrics. If you love hard rock and melodic metal then this is one to get. The title track gets things going nicely and then there a great cover version of the stones ‘live with me” and then there the totally awesome ‘don’t call it love” which is one of the coolest of hard rock songs to come out that decade. The girls are still putting out great music.