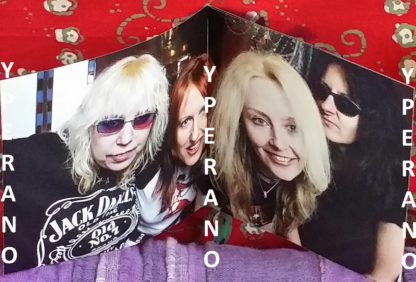 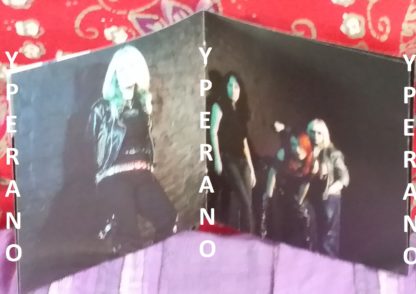 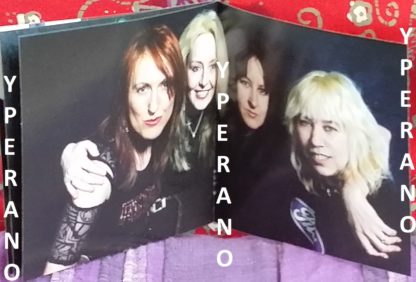 Believe is the tenth studio album by British heavy metal band, Girlschool, released on Communiqué Records in 2004. It was the first album entirely played by the formation with new guitarist Jackie Chambers.

5.0 out of 5 stars Fist-pumping metal, from the girls who do it best!,
I’d seen the ads for this one, I held out hopes, but y’know, I simply wasn’t 100% sure that this CD would be worth it. But I finally said, Sod it, took a chance and bought it.

SMART MOVE on my part! This is one Hell of a catchy, riff-laden rocker of an album. Is there much new on here? Truthfully, no, but its in the power of the songs Girlschool have crafted that make you happily bang your head along to each one. The titles do tend to give away how the songs will sound, strange as that may be to admit, but in all honesty, thats not a bad thing. This is an album that, after it had finished, I wanted to put right back on again! My fist was pumping, my head was banging, the choruses kept repeating in my brain… whats not to love when an album makes you do that? Isn’t that why we love this style of rock?

Girlschool are the masters of Cheerleader Metal, and this album ensures they retain their title. This is the Girlschool we know and love (and oh WOW, does Enid ever look SMOKING hot in the photos!), so give ’em your love right back and buy this CD! Crank it up and cheers, you lot!

5.0 out of 5 stars One of Englands finest bands at the top of thier game!,
I was skeptical about getting this cd but this one has just the right amount to hooks and hard rockin’ tunes.
I’m so glad to see one of my favorite bands bring their A game after all these years.