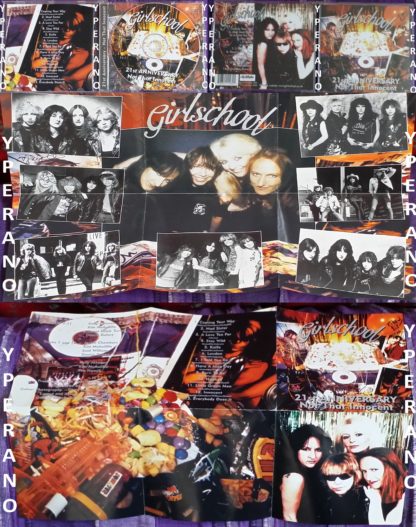 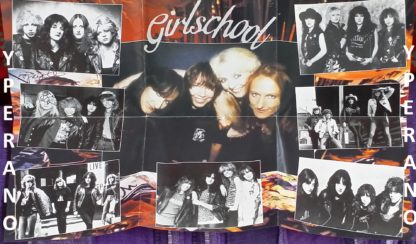 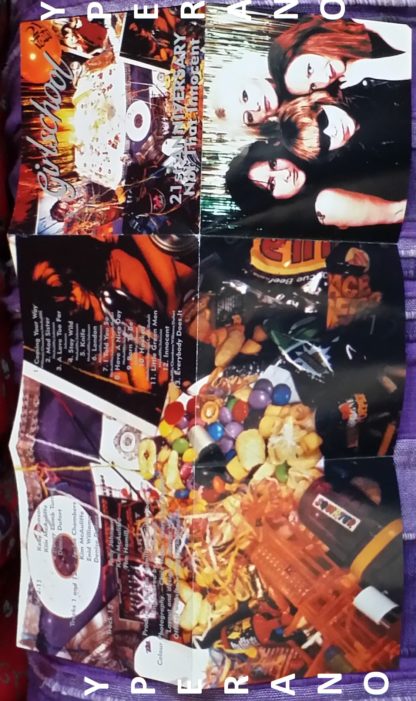 21st Anniversary: Not That Innocent is the ninth studio album by British heavy metal band, Girlschool, released on Communiqué Records in 2002. The production of the album lasted for a prolonged time and it was finally released when lead guitarist Kelly Johnson and bassist Tracey Lamb had already left the band. They were replaced by guitarist Jackie Chambers and by the original bass player Enid Williams, who play in two new songs included in this album.

All songs written and composed by K. McAuliffe, K. Johnson, except where noted.

Stateside circa the ’80s, the best-known female metal artists were Lita Ford and Vixen. But across the pond in England, Girlschool caused quite a stir with a heavy, Motörhead-esque sound (which shouldn’t come as a surprise, as Girlschool was pals with Lemmy and Co. — both acts toured and recorded together). With countless metal acts of yesteryear reuniting left and right come the late ’90s/early 21st century, Girlschool dusted off the axes and Marshalls, and issued 2002s 21st Anniversary: Not That Innocent. Despite the layoff between albums, the groups tough sound remains intact — Girlschool is still all about raw riffing rather than pop melodicism (which was the complete opposite for their aforementioned U.S. counterparts). Fans of classic biker metal and “New Wave of British Heavy Metal” acts are sure to find quite a bit to latch onto here, especially such standouts as “Mad Mad Sister” and “Stay Wild.”
Girlschool sticks to their original game plan — rough-and-ready, party-hearty rockers. Fans of Girlschools peak early years should definitely get a kick out of 21st Anniversary: Not That Innocent.

5.0 out of 5 stars To Kelly With Love,
There are some incredible songs on this album performed by “The” Kelly Johnson. She was truly an amazing muscian.
To my knowledge this is the last studio album featuring lyrics and guitar-work by Kelly. If you havent heard the song Knife, this is worth buying just for that song alone and it is truly a early 80s Girlschool style rocker. I am saddened to have just learned of her passing.
Girlschool was a huge favorite of mine, so much so I have her tattoo on my arm. The world will truly miss you and may you be walking along with God finally free of pain Kelly. Much love…. 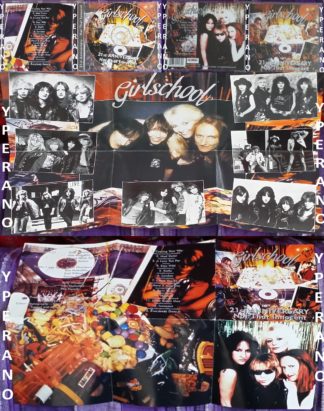