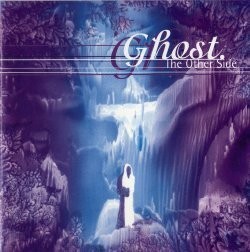 GHOST: The Other Side CD Hard to find – Out of print. Impressive A.O.R a la classic Journey, Prog influences too. Now & Then records. Check video

Although the grunge advent around 1992 caused a severe injury in the Melodic Rock genre, this type of music survived considerably healthier in Europe. One of the British bands which had the opportunity to record during those years was GHOST, though their singer is actually from Gibraltar (a good one by the way).

Ghost’s debut “”The Other Side”” starts strongly with “”Can’t Stop””, a dynamic melodic rocker plenty of Journey influences and why not some The Storm hints.
Follower track “”Brand New Start”” is a midtempo AOR definitely British both in sound and style. The song has similarities with FM circa Tough It Out, including synths and acoustic guitars.
Some tracks have that classic UK rock melodies such as the late ’80 Bad Company sounding “”Should have Been Me”” and “”Rescue Me””, while on others Ghost is quite bluesy as heard on “”Ten Years””.

“”Send Me Somebody”” is a good ballad resembling Journey’s Trial By Fire material, and then we have the American influenced rocker “”Get On The Bus”” in the Damn Yankees style.
Title track “”The Other Side”” starts slowly creating an intriguing atmosphere and then explodes with big drums and an anthemic rhythm kinda From The Fire.
As you read, a varied album and most the time hitting the mark.