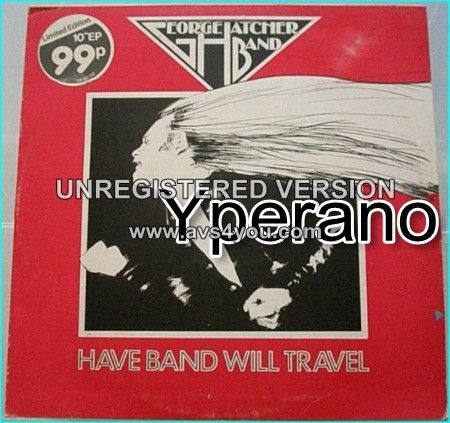 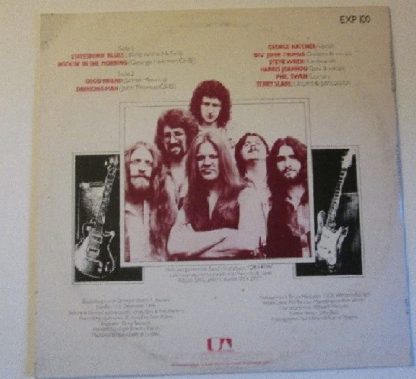 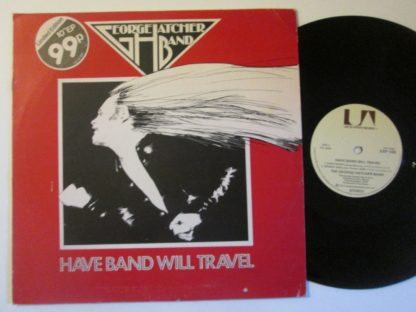 The music of the George Hatcher Band is a dynamic blend of Southern Rock and some very sophisticated British Progressive Rock. With a voice compared to Joe Cocker and Bob Seger along with the twin lead guitars and their “”Allman -esque”” style of duel lead lines played in harmony is yet another trademark sound of the George Hatcher Band. Add massive synth-strings, Hammond organ and piano, power bass and hot percussion playing music from the “”softest soft “” to the “”Loudest Loud”” and you have the unique George Hatcher formula.

Before John Thomas joined BUDGIE he played with THE GEORGE HATCHER BAND.

Tracks:
A1: Skatesboro’ Blues
A2: Rockin’ In The Morning
B1: Good Friend
B2: Drinking Man

Some musicians never get their due. George Hatcher is one of them. This is, in my opinion, the greatest classic rock songs ever!

This is the 10″ EP Have Band Will Travel. It’s a live effort which features 4 tracks. It’s also very much sought after. It is good ol’ Southern Boogie. And you just gotta love George’s voice. And band.

The George Hatcher Band was certainly one of the greatest southern rock bands between 1976 and 1982, and surprising they were not from Dixie land, but from England. And, as Wishbone Ash or Bad Company did, this band helped a lot this musical style to emerge.
George Hatcher was 20% of blues, 40% of boogie and 60% of rock’n roll. All this added with such great feeling, a bit of progressive music, an explosive cocktail. George Hatcher was, and still is, a hell of a singer, somewhere between Joe Cocker, Gregg Allman, Rory Gallagher and Bob Seger. He had in his band two wonderful guitar players, Phil Swan and John Thomas. ”

An amazing recording! its the missing link between Skynyrd type boogie and British bar room blues. very underrated and a must for all lovers of good old bar room boogie, long john Thomas creates some searing guitar licks and George is like maggie bell and Bob Seger’s bastard son. An amazing talent who sadly your never see on jools

Be the first to review “George HATCHER Band: have band will travel. Limited edition 10″ EP 20 minutes of a crazy blend of Southern Rock and some very sophisticated British Progressive Rock. With John Thomas from BUDGIE. Check audio” Cancel reply 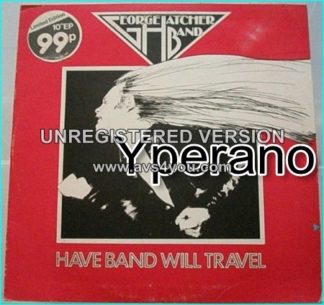