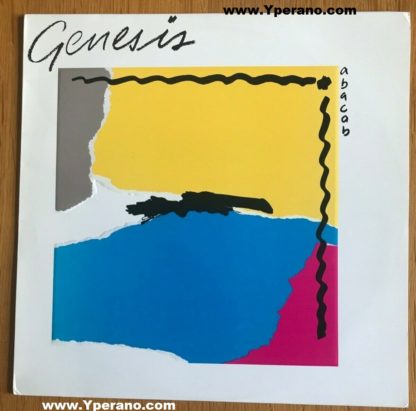 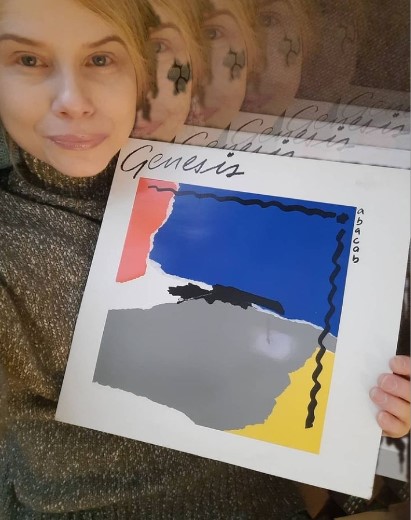 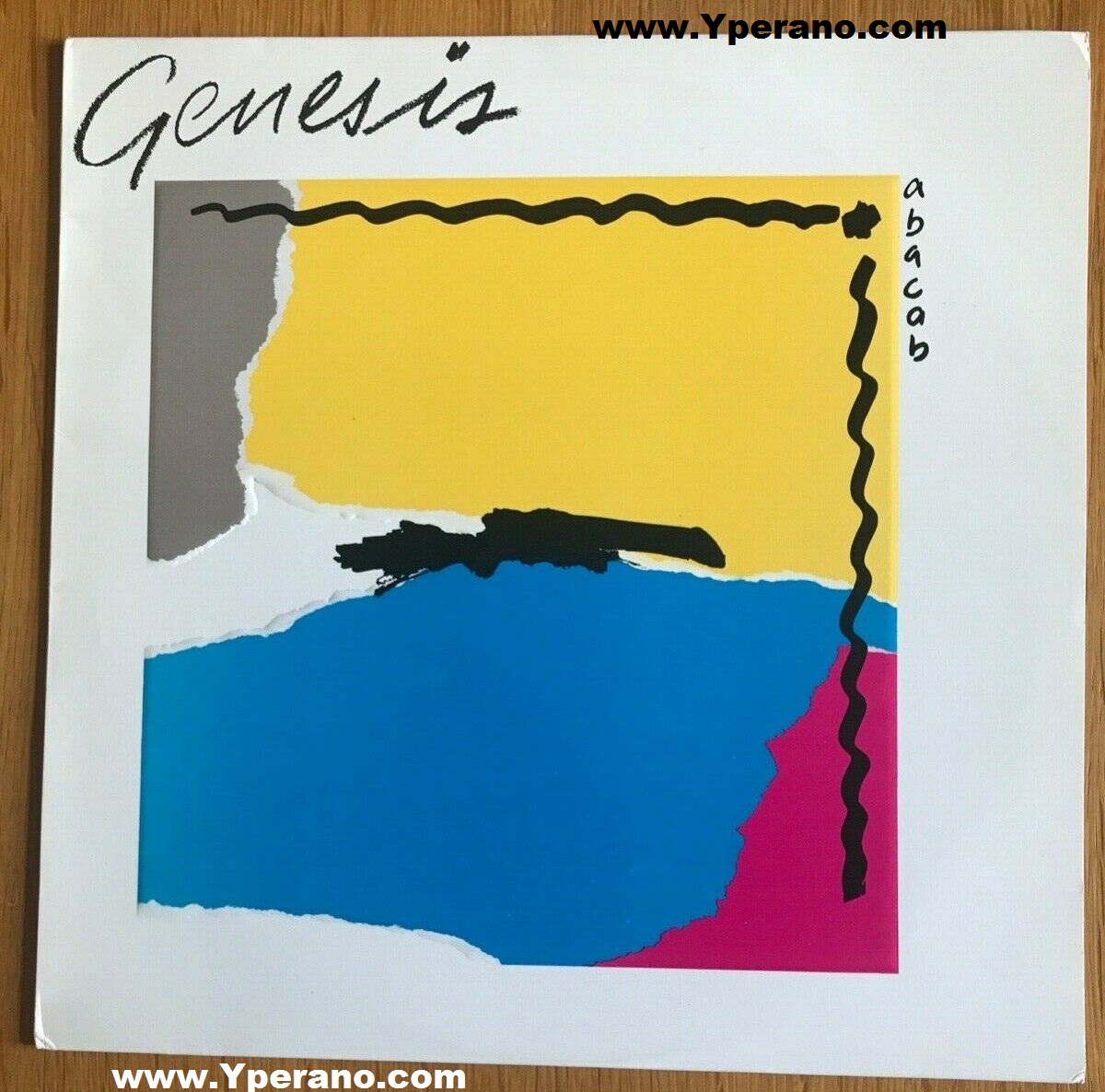 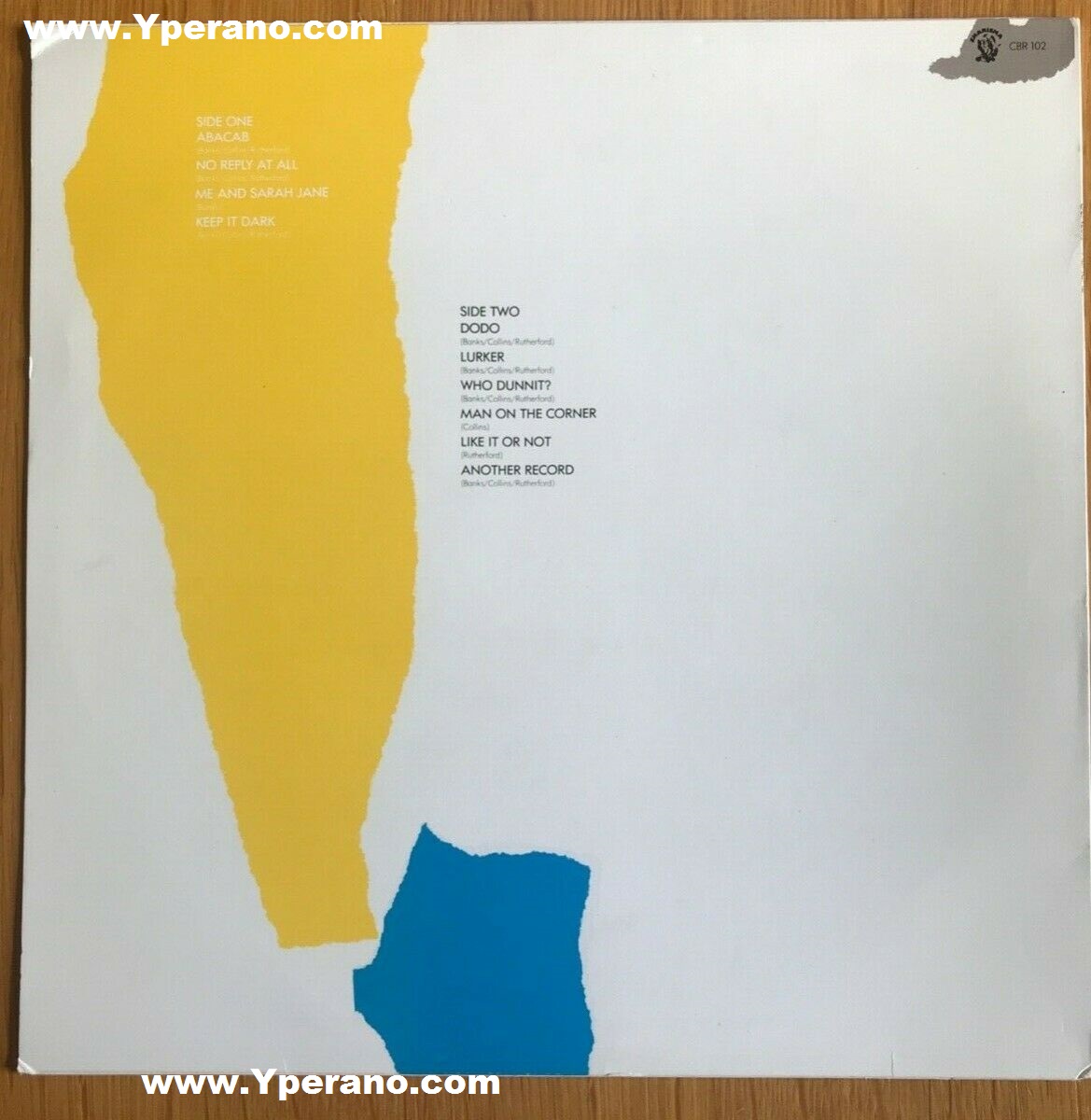 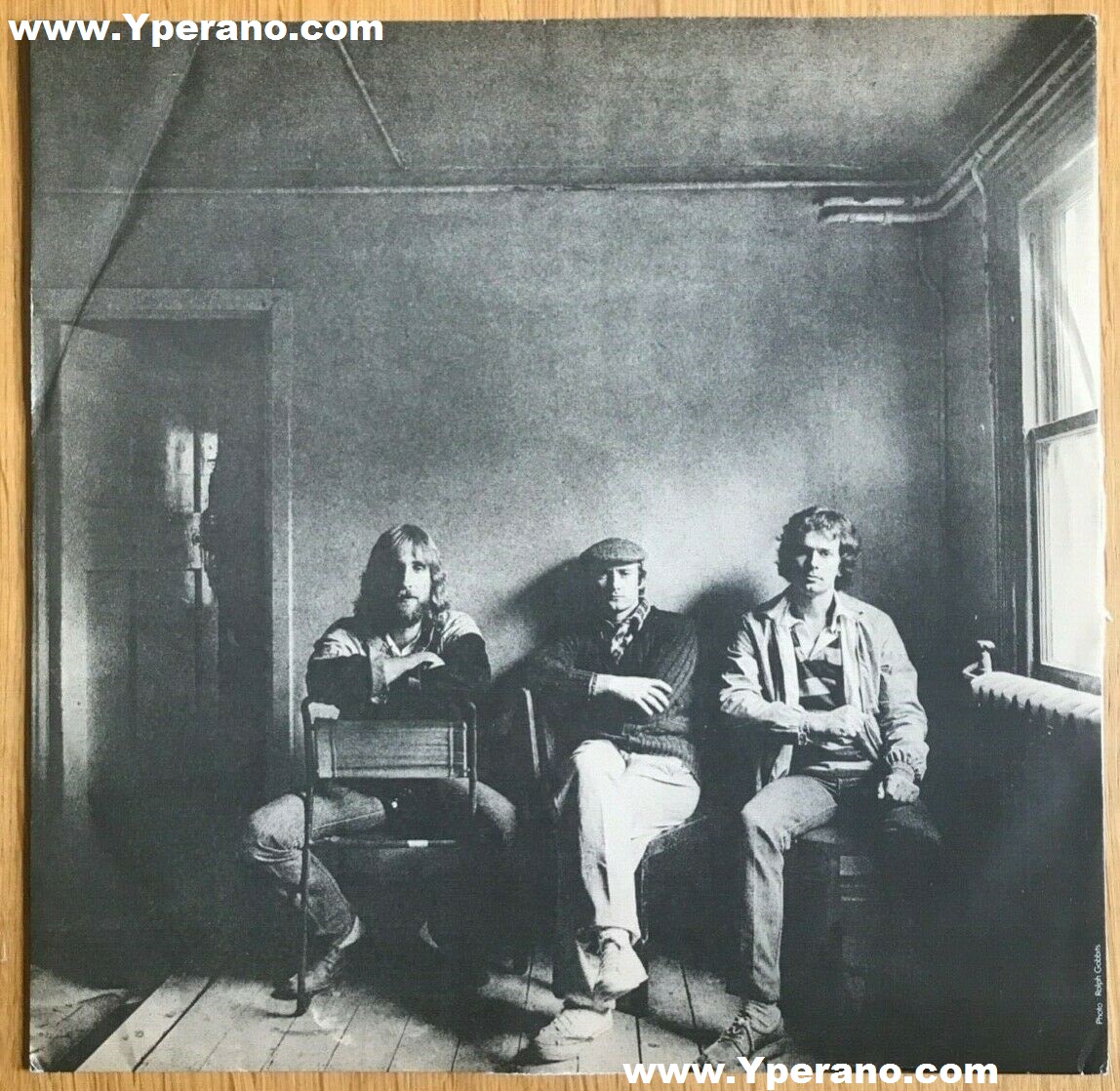 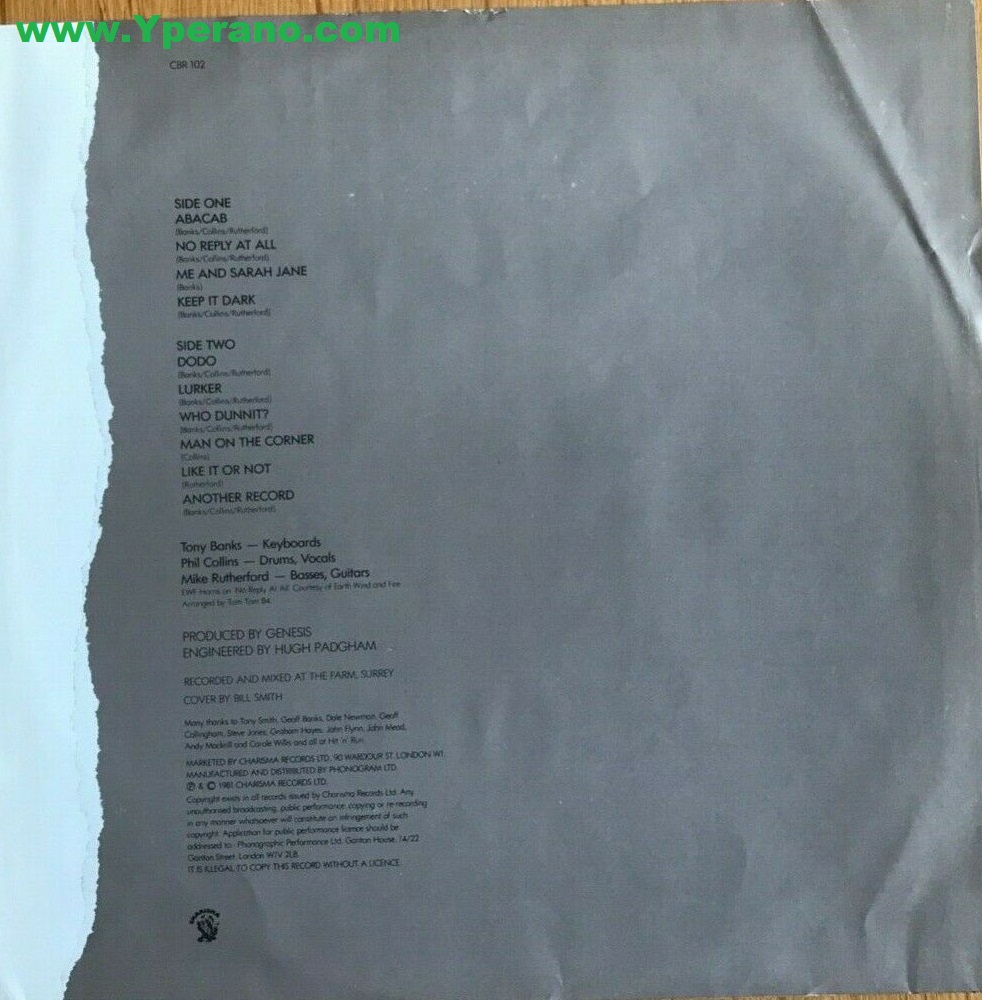 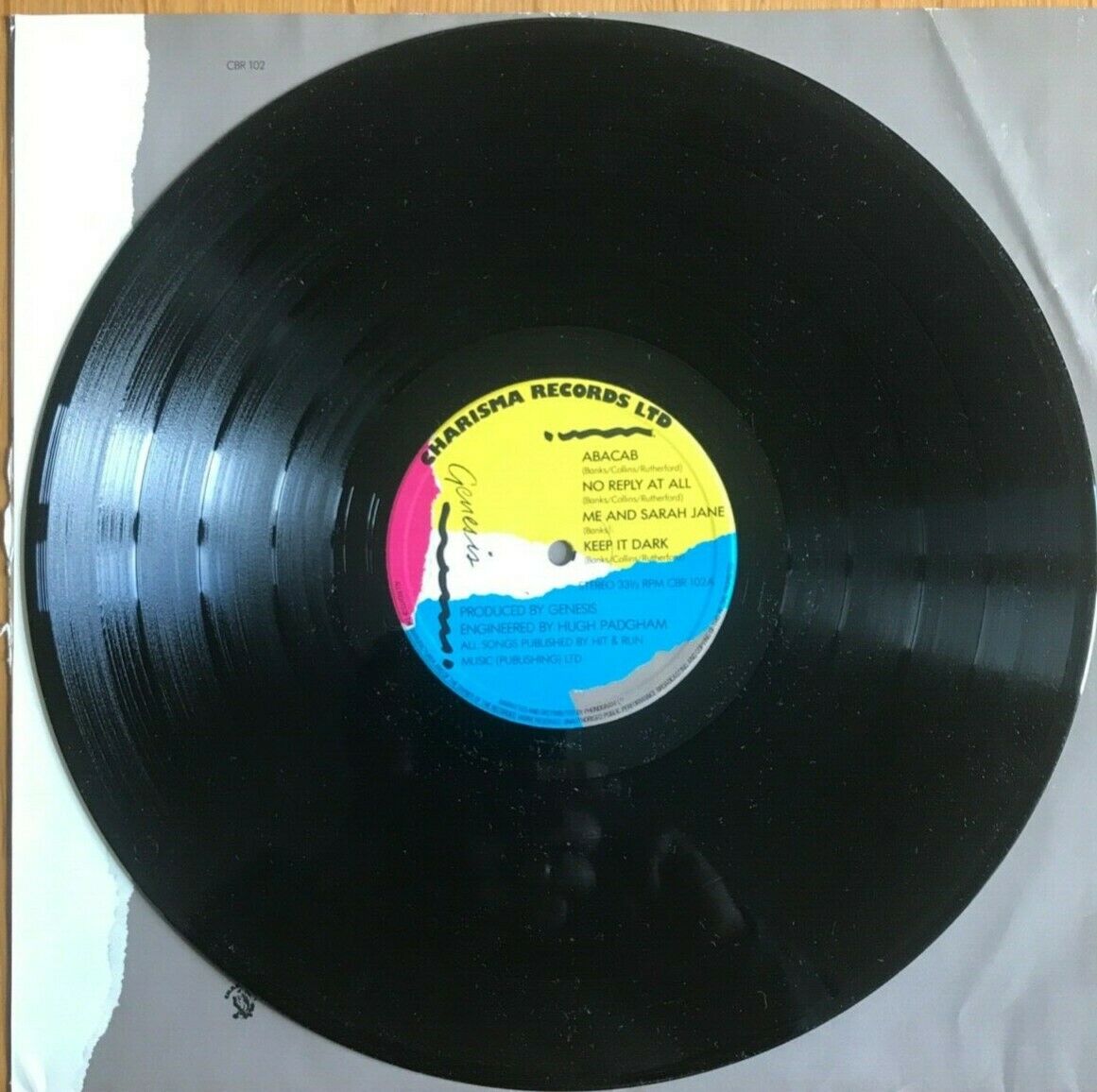 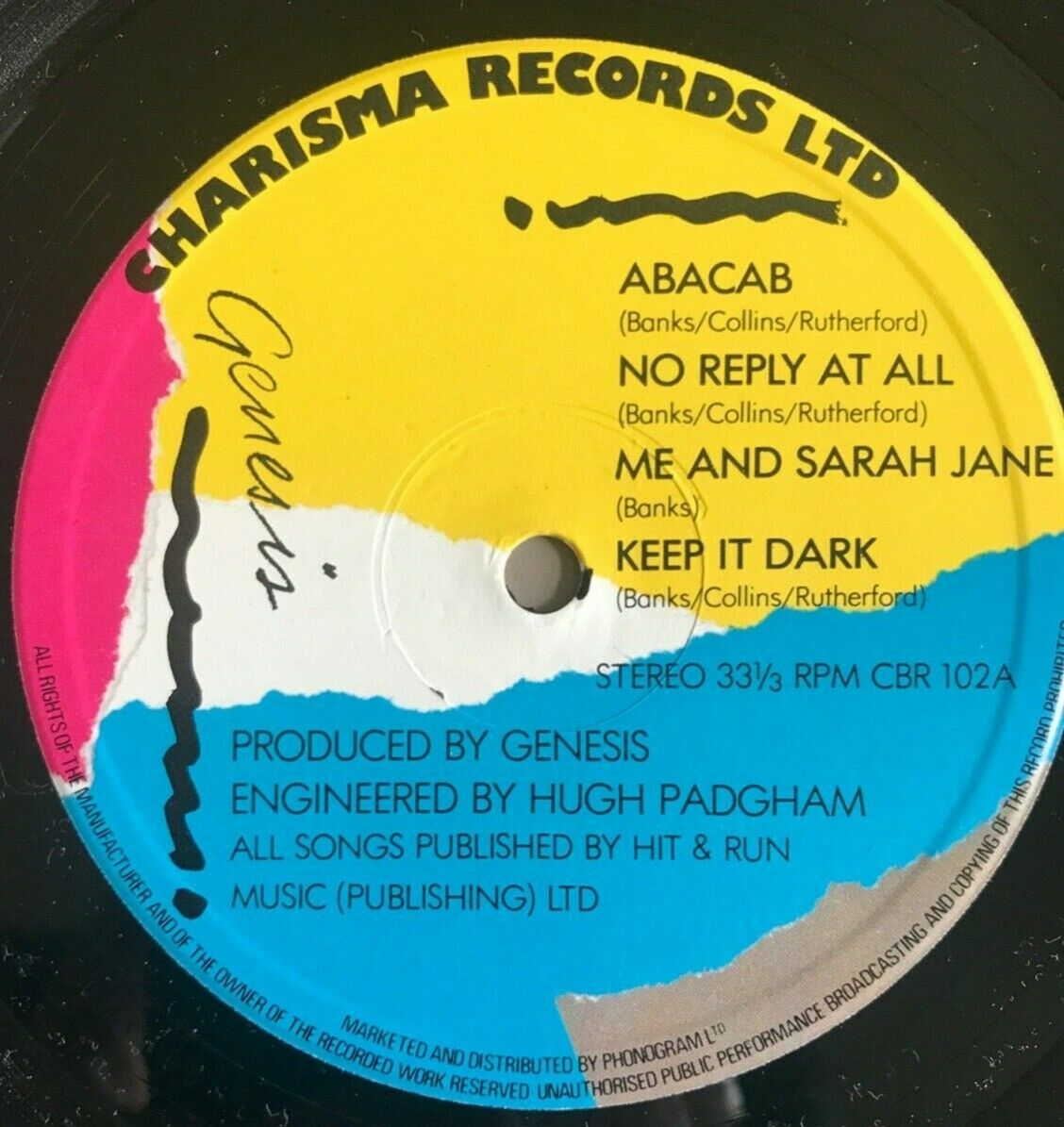 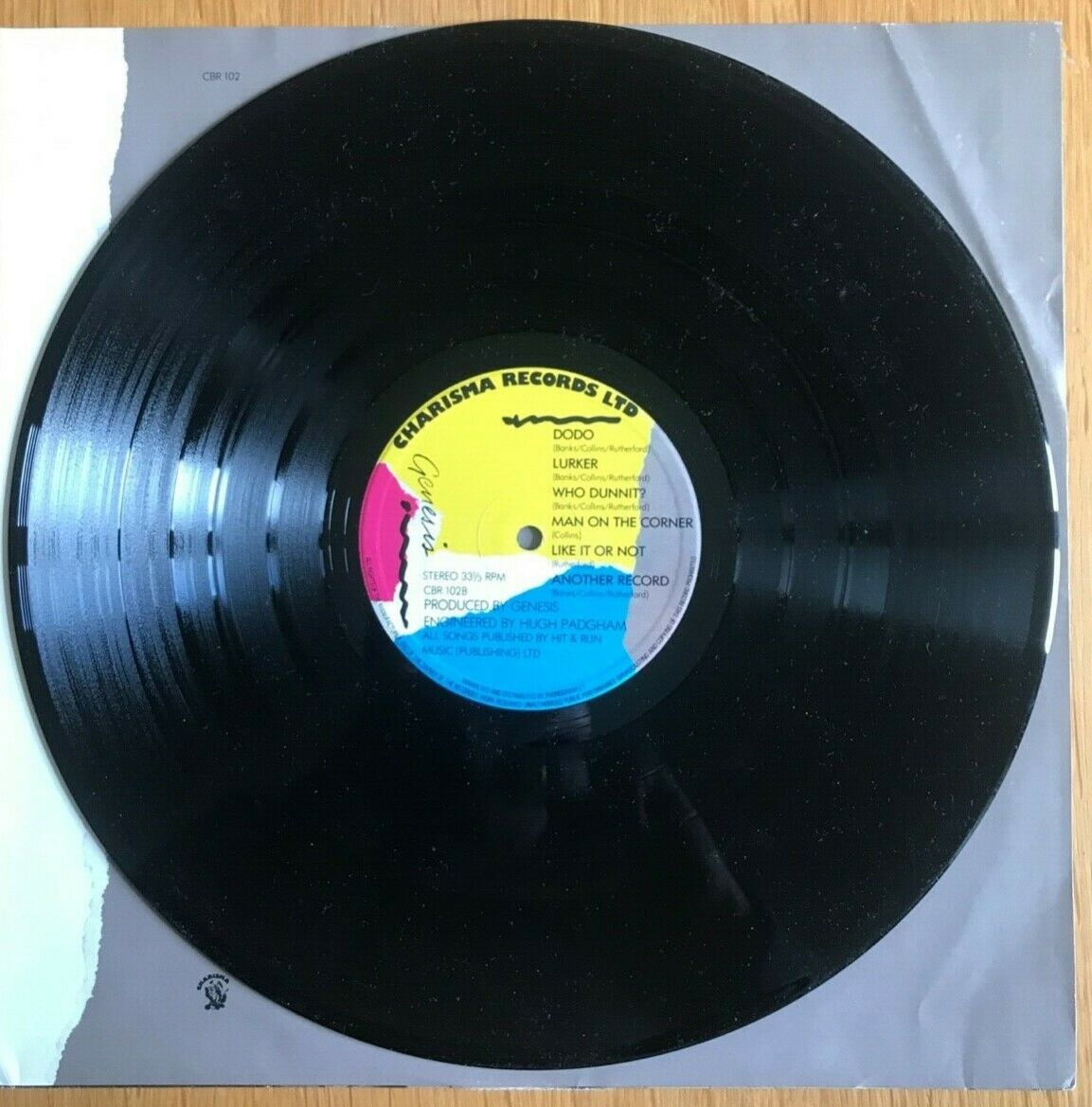 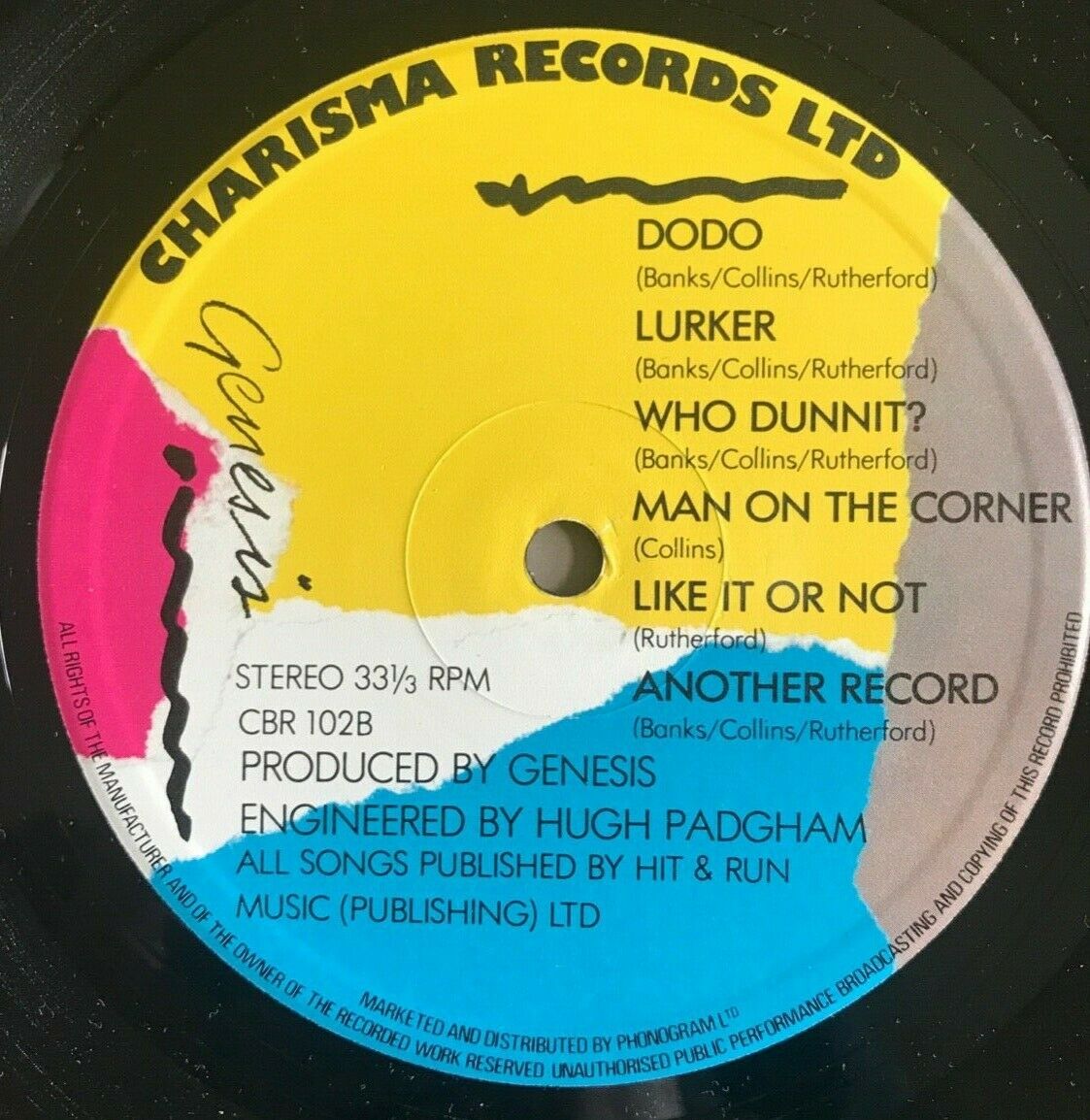 Abacab, released in 1981, is the 11th studio album by British band Genesis. It reached #1 in the UK, where it remained in the charts for 27 weeks.

The eleventh studio album from Genesis. It went platinum twice in the US, making this one of the band’s best-selling albums there, while it went gold in the UK.

The album was released with four different embossed covers simultaneously across the country, all depicting the same collage but with the paper shapes in different colors. The four different cover variants are usually identified by the color of the largest upper shape adjacent to the title lettering; this shape being colored navy blue, red, peach, and yellow.

“Abacab” was a number one album in the UK, while it reached number 7 in the US, and produced four singles:
“Abacab”
“No Reply At All”
“Keep It Dark”
“Man On The Corner” 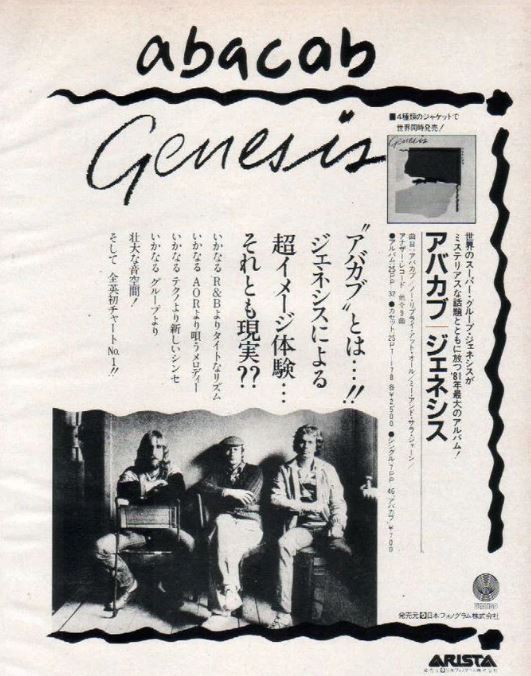 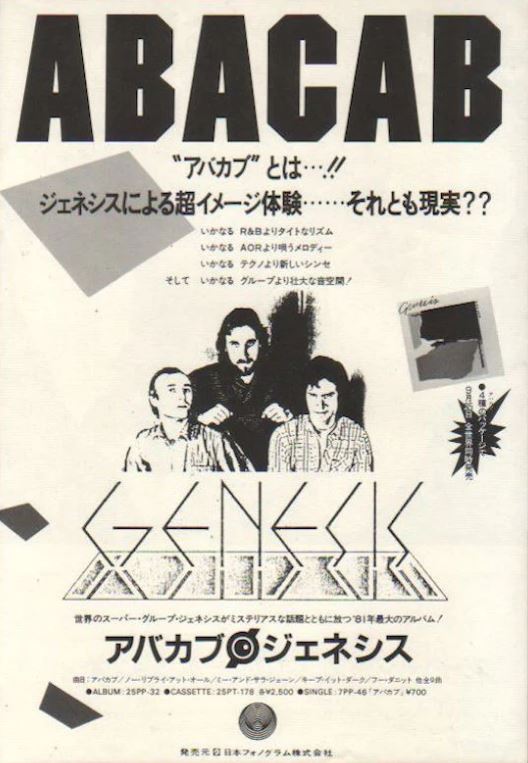 ——————————————————–
The album continues the bands sharp stylistic jump, begun by the band on its preceding album Duke, away from their progressive rock style of the 1970s and toward a radio-friendly pop music sound. As such, Abacab is still viewed today with mixed opinions from both fans and critics. But the band members say that the change in musical direction, beginning with 1980s Duke and continued with Abacab, was necessary for the bands survival in the changing musical climate they found themselves in. Despite the change, songs like the title track, “No Reply At All,” “Keep It Dark” and “Man on the Corner” were all respectable hit singles. And while Abacab may have cost Genesis some fans, they earned many others, with the album hitting UK #1 and US #7, selling several million copies worldwide and becoming the bands first Platinum selling album in the US.
Another element of Abacab is drummer Phil Collinss more ’80s approach of his drum sound, involving reverberation, noise gates and compression in order to achieve a loud and authoritative percussive effect. This continued a trend Collins developed along with engineer Hugh Padgham on his solo hit single “In the Air Tonight”, as well as the piece “Intruder” from former bandmate Peter Gabriels third album.
In addition to pounding rock, Abacab incorporates upbeat, accessible music – an increasingly important element in Genesiss style at the time. “No Reply At All” features the Earth, Wind & Fire horn section (as did Collins’ solo album Face Value earlier in 1981), and even “Dodo/Lurker,” whose adventurous lyrics recall traditional Genesis, features a funky rhythm, propelled by Tony Bankss keyboards.
After years of using outside record producers, Genesis produced Abacab solely by themselves, while limiting further than before the number of solo compositions in favour of the group-written pieces. They also had the expertise of engineer Hugh Padgham, who assisted Collins on Face Value and would continue to work on Genesis and Collins recordings through the end of the decade.
The album takes its name from an early arrangement of the musical parts that make up the title track. Guitarist Mike Rutherford said on the US radio show In the Studio with Redbeard (which spotlighted Duke and Abacab in one episode): “There were three bits of music in ‘Abacab’, and we referred to them as section a’, section b’, and section c’… and at different times, they were in different order. We’d start with section a’ and then have section c’… and at one point in time, it spelled Abacab. On the final version, its not that at all, its like ‘Accaabbaac’.”
Due to its daring shift in style, Abacab is generally considered one of Genesis’ most important releases, and was a springboard for future hit albums Genesis and Invisible Touch. The band had been influenced by the punk/new wave revolution in Britain insofar as what they were now offering fans was a set of minimalist, bare, punchy songs, much more in step with the pop charts than Genesis had ever been before.

Genesis‘ Abacab tour in 1981 was 69 dates in 9 countries. Only 7 in the UK, divided between Wembley Arena and Birmingham International. 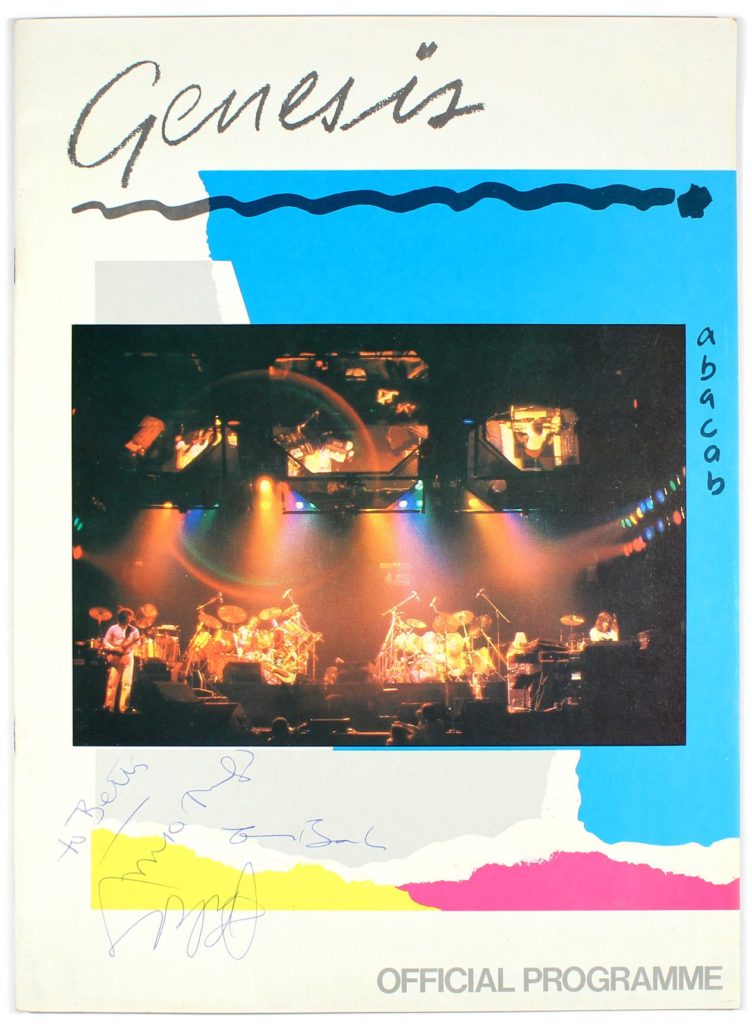 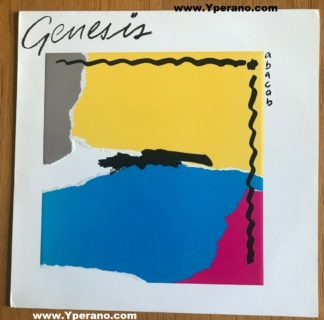