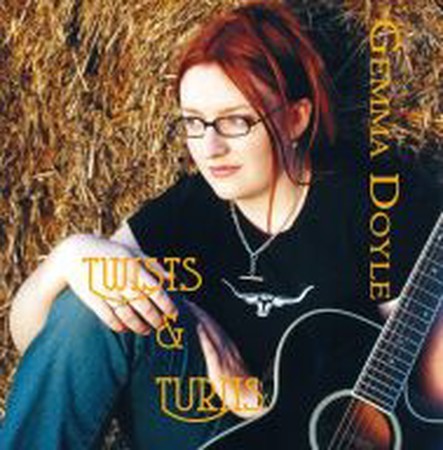 Emerging singer/songwriter Gemma Doyle (above, right) first started writing and recording at age 14, and now, six years later, has just released her second album, titled Nothing. She has toured extensively and performed at the world famous Woodford Festival as well as the Australian International Music Market as part of the Queensland Music Festival. Her first album saw the then 16 year old gain three top 10 nominations in the prestigious Golden Guitar Awards as well a top five nomination in the Peopleâ€™s Choice Awards

Biography
From first listen Gemma Doyleâ€™s smooth vocal tone sounds way beyond her years. Her love for music started young, emulating her great grandmother who was an entertainer during the war years and sang with â€œThe Glen Miller Bandâ€ in Queensland.
Gemma first went into the recording studio at fourteen years of age to record her EP Crying Game which went onto win EP Award of the Year 2002. After the huge response from her first release Gemma recorded her first album â€œTWISTS & TURNSâ€ releasing it in September 2002.

The album release saw Gemma gain several Top 10 nominations in the 2003 Golden Guitar awards, a Top 5 nomination in the Peopleâ€™s choice Awardâ€™s, and a finalist berth in the Independent Country Music Awards for rising female star.
Gemma spent most of 2004 touring eastern Australia, allowing her to experience life on the road. Being selected as one of nine emerging artists out of 1200 applicants to perform at Queenslandâ€™s Woodford Folk Festival became the highlight of the year.
In 2005 this young singer/songwriter was selected as one of nine showcase artists to perform at the Australian International Music Market, held in Brisbane. Gemma commented â€œBeing able to play in front of an overseas crowd is a daunting but very positive experience, itâ€™s opened up my eyes and I canâ€™t wait to play outside of Australia nowâ€.

Gemma has now released her second album “”Nothing”” and already it has gained her more recognition. One of her songs “”All I want is Tonight”” made it into the third round of the International Song writing Competition which is a huge acheivement considering it is judged from over 15,000 entries. “”Permission to Breathe”” the first single released charted in the Top 30 CMC charts and is now a finalsit in the 2007 Golden Guitar Awards- Australia. “”Again”” is the latest single to hit the airwaves and has been described as her best yet.

Achievements:
#At fourteen, wrote and recorded EP â€˜Crying Gameâ€™ which went onto win Ep of the Year 2002
#At sixteen, wrote and recorded debut Album â€œTwists and Turnsâ€
#Top Ten finalist in three sections of 2003 Golden Guitar Awards
#Finalist in ACMLA Peoples Choice Awards 2003
#2003- was nominated in Golden Saddle Awards
#2003- Finalist in Independent Country Music Awards for Rising Female Star
#2004- Toured extensively and chosen to perform at Woodford Folk Festival as one of the emerging artist in the Chrysalis Series
#2005- Chosen to perform at the Australian International Music Market
#2006- Released second album “”Nothing””
#2007-Golden Guitar Finalist in the CMAA Awards Australia” 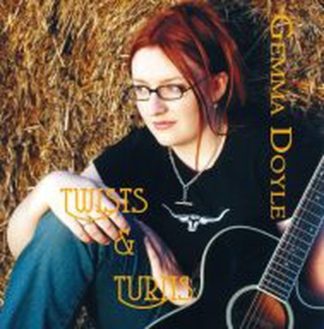