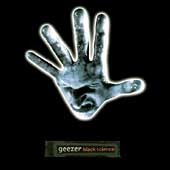 …about the source of the song “”Among the Cybermen”” which I thought was based on the BBC show “”Doctor Who””. This is what Geezer replied with.. “”yes, the lyrics were originally about the death of Dr. Who. The original chorus was “”Dr. Who lies dead among the Cybermen””, about the final battle of Dr. Who, but was supposed to be symbolic of the end of childhood. I changed it because I thought it sounded a bit silly. Most of the album is about growing up in the era of Sixties television, and its influence on me.””
* The Cover art for this album is a throwback to the old Sabbath tune, “”Hand of Doom””.