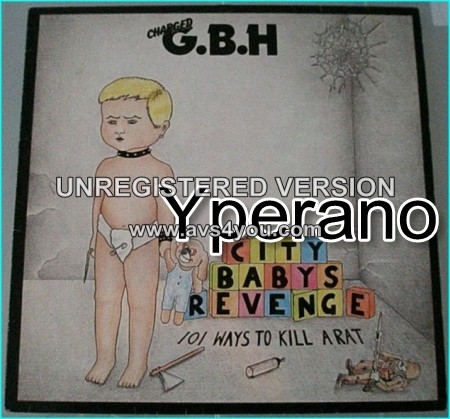 Charged GBH are an English hardcore punk band, formed in 1978. GBH were early pioneers of English street punk, often nicknamed “”UK82″”, along with Discharge, Broken Bones, The Exploited, and The Varukers. They have gone on to influence several punk rock musicians. GBH the name was inspired by then-bassist Sean McCarthy trial for grievous bodily harm.

======================================================
G.B.H. second album is worlds apart from its rough ‘n’ ready debut, but greatly improved: If anything, this is a more cohesive unit than ever, while the tracks benefit from a sharpened lyrical outlook. The title track is a black-humored sequel to the debut album “”City Baby Attacked By Rats,”” and ranks among punk most vivid depictions of urban decay. (This same spirit of marginal restraint doesn’t extend to their towering hairdos, though; hence, the in-joke of G.B.H. meaning “”Great Big Hair.””) But the members of G.B.H. have also begun looking outside the confines of their British hometown of Birmingham — as demonstrated by tracks like “”Diplomatic Immunity,”” “”Vietnamese Blues,”” and “”Christianised Cannibals.”” Guitarist Jock Blyth can still play at breakneck speed, but no longer feels the need to do so on every track, making the sound easier for non-initiates to grasp. That not to suggest that G.B.H. has grown up completely — far from it, as seen on “”Drugs Party in 526″” and the anti-feminist japery of “”Womb With a View,”” which at least benefits from a sense of humor missing from the po-faced debut. An infectious sense of mischief runs through this album, which closes in rousing fashion with a creative takeoff on the Stooges’ “”1970.”” As with other G.B.H. albums, there no mushy middle ground left to hug: You’ll either be turned off or turned on, but you’ll never be indifferent. Like the Ramones, G.B.H. style never varies too drastically, but the band collective charisma outweighs such considerations. This is the one G.B.H. album that everyone must own.

5.0 out of 5 stars Follow-up to the classic City Baby Attacked by Rats-,
The City Baby finally gets his revenge.
101 ways to kill a rat.Its hard to believe
something that small can do that much damage.
This album hits like a wave of sound.Played at
80 decibels or higher,it can remove paint from
your walls.Get it,and do some redecorating.
Your neighbors will love you. 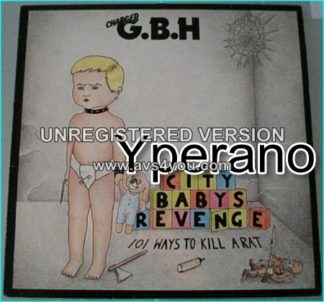