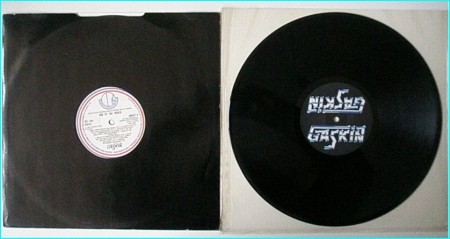 GASKIN: End Of The World Rare N.W.O.B.H.M, on Rondelet Records. Very good lyrics and good classic songs like the godly “”Despiser””. Can’t understand why Lars Ulrich had to pick “”I’m no Fool”” to put on the N.W.O.B.H.M compilation that he did a decade ago, I really don’t know. There are so much better songs in this album!!

Check samples:
http://17329745.tistory.com/entry/Gaskin-End-of-the-World
(all samples, all the album, every second of it)

Digitally remastered edition of this 1981 album from the under-appreciated New Wave Of British Heavy Metal outfit. End Of The World is rightly regarded as one of the early highlights of the NWoBHM. Gaskin were a technically proficient band that wrote and played in a classic style and through a mixture of talent and hard work they made a name for themselves at a time when bands from all over the UK were scrambling to get signed.

Now, onto the review:

Gaskin formed in the East Midlands of England in the late ’70s, just in time to be among the rising upstarts in the famed NWOBHM movement at the dawn of the ’80s. They recorded a two song demo “”I’m No Fool”” b/w “”Sweet Dream Maker”” in April 1980 and it would be issued by independent label Rondolet Records the following year, who would then put out the band full length debut “”End of the World.”” Both songs were rerecorded for the LP, but as is often the case with me, I prefer the rougher, more D.I.Y. mix of the original version of “”I’m No Fool,”” which was included on Lars Ulrich and Geoff Barton essential “”NWOBHM: ’79 Revisited”” compilation from 1990. In either case, though, it a great song, with the kind of big riff and big hooks that understandably earned them label attention and a debut full-length proper.

“”End of the World”” is a 44-minute opus of NWOBHM/hard rock that is slightly more melodic/accessible than is often the case with the genre. As I’ve seen mentioned in previous reviews elsewhere on the net, early Def Leppard is a big reference point in so far as the attempt at more catchy, pop metal tinged choruses, such as on album opener “”Sweet Dream Maker,”” but that only part of the picture. The other side of Gaskin is the faster, more hard driving Judas Priest-like numbers that I vastly prefer like “”Burning Alive,”” the title track and the simply awesome “”Despiser,”” which has a trademark Paul Gaskin riff that will have your head banging in unison in no time. Tracks like this show a rawer, more razor sharp heavy metal quality that Def Leppard never hinted at.

Overall, this is a very respectable debut that earned Gaskin a rightful place in the less talked about but still more than worthy crop of second tier early ’80s NWOBHM acts.

(Sidenote: I found the sound quality to be excellent for an old recording, with good packaging to boot.) 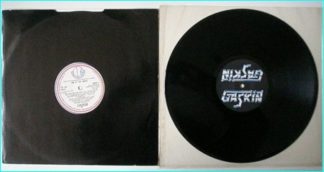