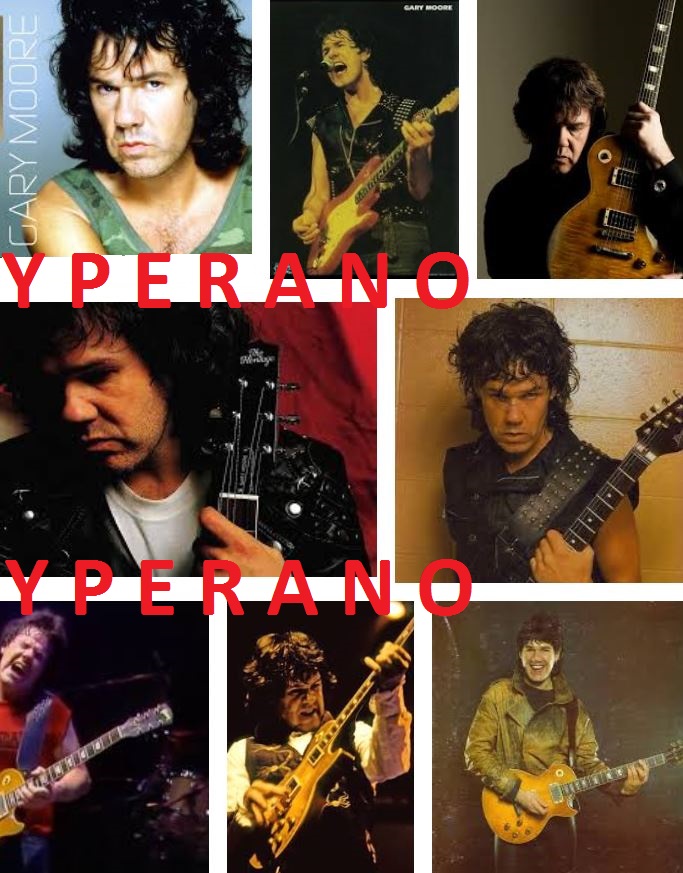 5.0 out of 5 stars ULTIMATE LIVE ALBUM!!,
‘WE WANT MOORE’ is what you will be chanting after listening to this live opus.
‘WWM’ is quite possibly one of the finest live albums ever. This is Gazza during what many view as his finest hour, rocking you for an hour through a set consisting mainly of the ‘Corridors Of Power’ and ‘Victims Of The Future’ albums, this is Moore in his prime metal glory. However, if you are new to Gary via his recent blues efforts then rest assured that this is not a huge departure. ‘WWM’ is boiling over with Moores superlative fretwork and the number of styles displayed is impressive.

Highlights include the hard rock raunch of ‘Murder In The Skies’, to the guitar beauty of Garys solo spot in ‘Cold Hearted’ to the sincere ‘Empty Rooms’.

‘We Want Moore’ has enough energy to make this album a true live experience. Will Gary ever match this effort? Who knows? But as long as this albums in print you needn’t worry.

5.0 out of 5 stars A compilation of great live performances
Recorded on the Victims Of The Future tour, We Want Moore is a compilation of live performance highlights from around the world. Incredibly, with Gary now singing all lead vocals, his guitar solos sound even more jaw-dropping then when he’d also used a vocalist. The first 3 numbers (all from the new album) set the tone for a very heavy live set and Moore’s version of the Yardbirds’ “Shapes Of Things” is exceptional. Gary really deserved more credit for his range of talents, including stagecraft and a nice moment here is part way through one solo when he plays a snippet of the chorus to “The Bonny Banks of Loch Lomond” – to the obvious delight of the Glasgow audience. The only, minor, criticism is with the album’s running order presentation, which seems slightly confused. The live set sounded to end with “Back On The Streets” (track 6) – Gary then introduces the next number as “Empty Rooms” (track 8) which is preceded by an instrumental “So Far Away” (track 7) and it’s not until the final number “Rockin’ And Rollin'” (track 10 – with one Jimmy Nail making a guest appearance) that there’s a sense of a finale. Still, that doesn’t spoil the overall enjoyment of a great live album; which is highly recommended if you like the heavier side of Gary’s hard rock phase.

5.0 out of 5 stars MOORE SMOKES!,
THIS…is the Gary Moore that I hold near and dear to my heart! This is why he became my favourite guitarist during this period. His playing has conviction, ferociousness, and of course those killer chops. I also love his work with Colosseum II but its the rockin’ Moore that I dig.
This album does a great job of capturing the live power of Gary Moore. Hes doing the all Blues thing nowadays which is fine but if thats the only
Gary you know you may not dig this. If you want to hear some slash and burn guitar then get this.

5.0 out of 5 stars A must-have for Gary Moore Fans!,
I have been a huge fan of Garys solo work since the late 80s. I’ve gone back and picked up many of his early works but at the time they were all on cassette tapes. I feel as this is one of Garys best Live Albums! He will be missed.

5.0 out of 5 stars Pure Moore,
Moore is one of the truly great guitar players out there. He has his own unique sound, and when you here it you know its him. This album captures that sound in its full, clear raw power. Not only does he “ROCK”, but he does it with taste. Those of you who have heard Moore know what I’m talking about, and those of you who haven’t should definitely take a listen.

5.0 out of 5 stars A terrific album from Moore.
We want Moore is a terrific blues rock album. This stupendous album features classics like shapes of things, end of the world back on the streets and several more classics. This is very highly recommended. It is one of the best live albums I have ever heard.