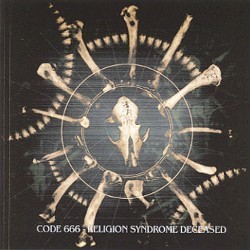 The band started as a fast black metal act, then mixed some death and thrash influences into their music, and on their third album they were industrial influenced extreme metal.

The satanic rebellion started in Finland…Indeed – 95%

Funeris Nocturnum can be counted as one of the best obscure Finnish bands in the local metal history, if we look back a bit you will find out that there first demo occurred in late 90 s which by that time bands in Finland had big names already to mention âœImpaled Nazareneâ,â Behexenâ, âœBeheritâ, ect â¦, I would say with enough guts that Funeris Nocturnum are same quality as those mentioned, there black metal has always been different and original since there first demo, anyhow, they made there souls up for the music, unfortunately they split up and disappeared in quiet way as they entered the scene but certainly they left a heavy load of professional black metal act to feed our hunger for original pure and enjoyable extreme music. There third album wasnâ™t an exception at all but it was even the best highlight in there career, there latest effort came up grim hateful melodic and enjoyable to listen as this can be put as one of the best albums in my black metal Bibliotique so far.

One of the factors of being this just a perfectly done masterpiece is the production, you can hear the instruments sore your ears in clear way, the sound is clean, the mix is high and everything set to be neat, and Iâ™m not surprised and why do I ? come one this was held by one of the most greatest Finnish labels dedicated to Extreme music and though not only in Finland but either in the whole world, so donâ™t worry woodcuts records made for you this Hellenic masterpiece just to make sure that this clean piece of art will arrive as you desired.

The other factors can be cited for the unique musicianship those guys provided, including every single instrument, this was highly standard for a black metal piece, vocals are so harsh grim and powerful, you will feel the hatred in Mikkoâ™s voice while it blast your ears, not only that but he adds some perfect growls occasionally to vary his style avoiding any possible repetition in the sound, this sound is marked by a great guitars presence, they are fast and melodic, memorable riffs are everywhere, and great solos almost in every song, some are so emotional as the one in âœAntigod Declarationâ will just hook you up, also well made solo in the veins of old heavy metal style in the song âœHypernation Manticâ and another fast strong one in âœCryonicsÂ», all this greatness is just supported up by one incredible keyboards effects makes this just a real gem, those solos Iâ™m talking about most of the time are fed up by some great synth effects will make your feelings mix up to the edge, moreover they add a dark atmosphere around and also they synthesis the sound with a variation, bet you will bang your head to the full through maybe one of the best examples can approve it up is the song âœyer all perishedâ and also âœcryonicsÂ».Jumping now to the drums work and they are also one the favorite parts of this highlights, they are mainly fast, extremely fast throughout the album, blast beats can tore your ears merely except some break downs from time to time, also well done patterns started off the track âœreformation âœcan be noticed, the bass job is so solid, you can hear its lines through and it blends nicely with the guitars and adds just the needed thatch.

Lyrically this is without doubt one of the most misanthropic acts in black metal, come on as I said the singer is so full of anger you can feel it from his singing, how can you dare to donâ™t believe that those paroles are just full of anything related to hell and beyond, they are blasphemous, satanic, anti religious, and why you still donâ™t believe me? Do you want to know some true evidence of what Iâ™m informing here? Well best recommended example would be the song âœReformationâ which he will scream off your face âœFuck them allâ in a way full of anguish and avenge.

Finally, this release is one strong piece of blasphemous black metal, this is not recommended for weak heart people, it can shock you up dear, also this is one of strictly forbidden not suitable for minors, +21 to view I mean to listenâ¦, however, guys who are familiar with black metal will like this without doubt, Finland has always been and always will be one of the best black metal acts in the world as this album is highly a proof of what Iâ™m saying.
Standouts : Cryonics , Yer All Perished , Antigod Declaration.”