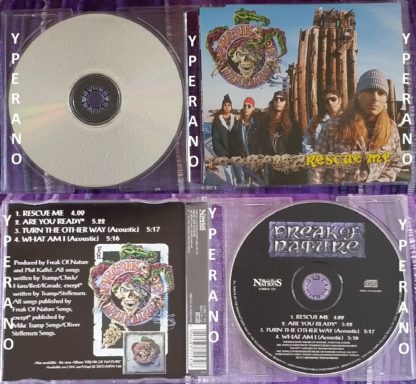 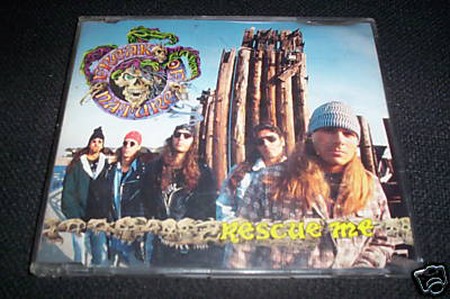 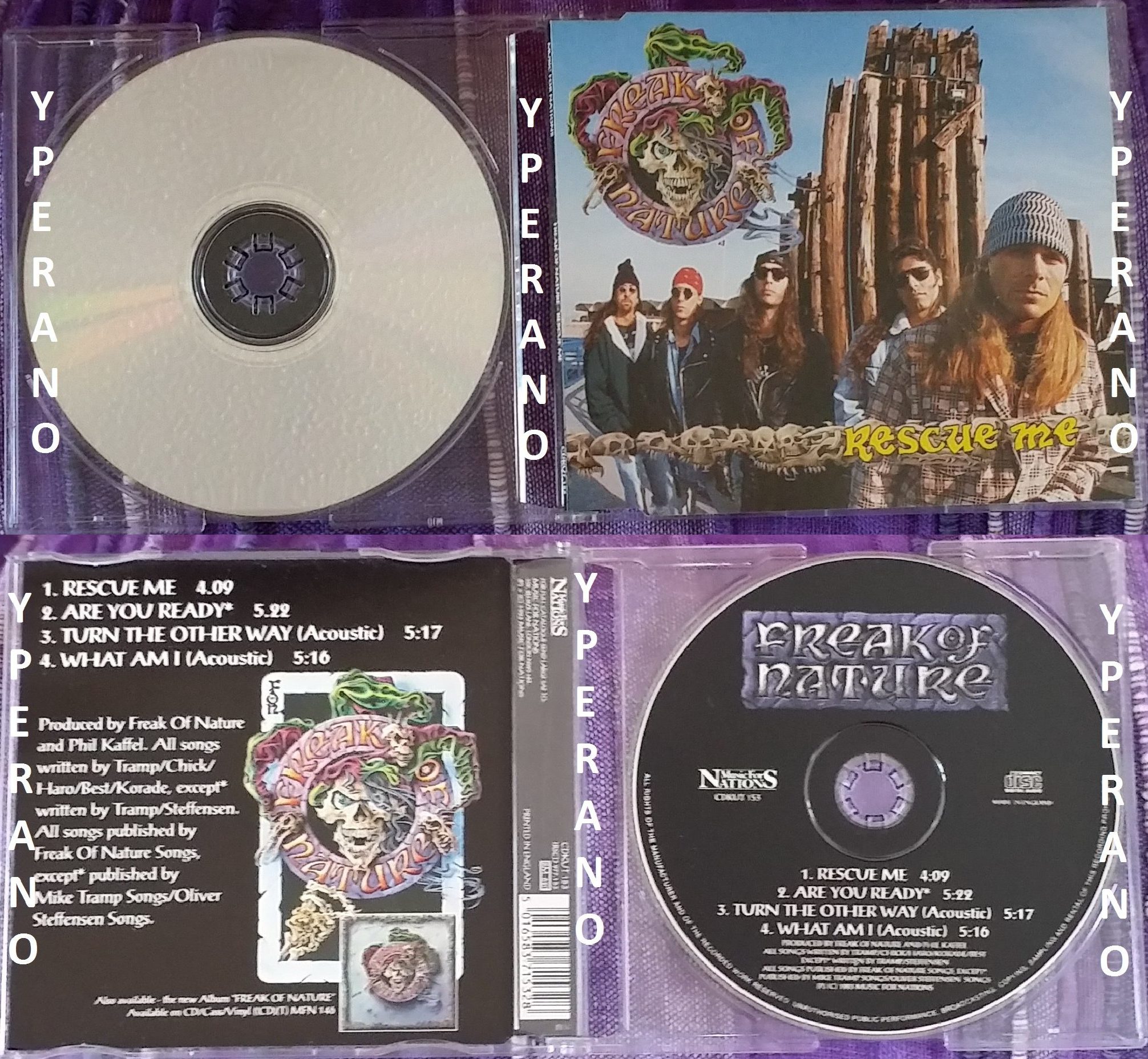 FREAK OF NATURE: Rescue Me CD
Rare single that also contains Are You Ready, and two songs in acoustic versions: Turn the other way (which was the first video clip) and What am I. This was the first band effort of Mike Trump the White Lion singer. Must have item since all 4 songs are great.

After the breakup of White Lion, singer Mike Tramp wasted no time putting together a new band – Freak of Nature. Tramp obviously saw the hair metal party coming to an abrupt end, adopting an image far more suited to a Seattle grunge band than another L.A. party rock band.

Tramp may have traded in the spandex and hairspray for flannel and denim, but the sound – at least on the band’s 1993 self-titled debut – is the same kind of melodic rock that White Lion was so well known for. Sure, some of the pop metal elements are gone (you won’t find another Wait here), but the music is very melodic and still very much a product of the L.A. rock scene. You’re going to hear this and think White Lion a lot quicker than you are Pearl Jam. I think Tramp was on to something here, at least more so than anything else he’s worked on since White Lion’s demise.

In the end, Freak of Nature proved far less successful than White Lion, and nowhere near “”alternative”” enough to adapt to the 90’s changing musical landscape. Still, fans of Tramp’s work in White Lion will find a lot to love about this album. It’s a perfectly good melodic rock album that managed to avoid the cliches of the hair metal scene while retaining the musical elements that made us love that kind of music in the first place. 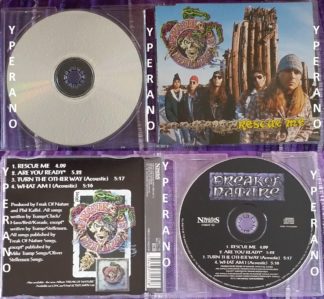