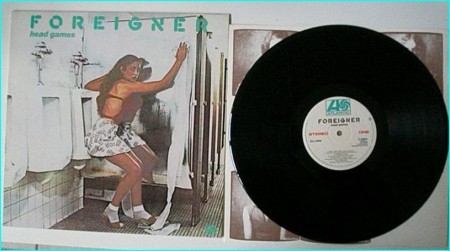 Head Games is the third studio album by Anglo American Rock band Foreigner, released in 1979. The album charted at #5 on the Billboard 200 chart, and has sold over five million copies in the US alone.
The title track and “”Dirty White Boy”” were the album big hits, peaking at #14 and #12, respectively.

my favorite. Not that I think it the quintessential Foreigner album, or necessarily the “”best”” Foreigner album, but darned if it doesn’t just ROCK. This is high-octane, stripped-down Foreigner, “”aerodynamic and ready to roll.””
In addition, it very evident that the band picked up on the punk/new-wave/power-pop influences that were impossible to ignore in the 1978/1979 music world. The songs here are tight, focused, and for the most part, hard edged. Most of the songs on “”Head Games”” could have as easily been recorded by The Knack, The Beat, The Buzzcocks or The Undertones. The sound is much simpler than on “”Foreigner”” and “”Double Vision””, but it still retains a very identifiable Foreigner personality. The drums hit hard (listen closely to “”Dirty White Boy”” – the master is distorted on the major drumbeat), the guitars are crunchy, but not plodding, and there is still the added color of the keyboards, although they are clearly dominated by the guitars, with the exception of the title track and “”Rev On The Redline””. Lou Gramm has/had a great “”rock voice””, and he provided this album with another batch of flawless vocals.
The one soft spot on the album, in my opinion, is the song “”Blinded By Science””. It not that I think it a weak song – it builds a nice power as it progresses, and I never fail to get sucked into it – it just seems to be a distracting slowdown from the rest of the album. The song would fit better on “”4″”, and in fact would be a great trade for “”Night Life””, which would have been right at home on “”Head Games””.
“”Head Games”” is straightforward rockin’ fun, if a bit heavy-handedly “”guy oriented”” at times. Critics who dismiss Foreigner as not having enough rock credibility should give this album a listen, and not just the singles. They may be pleasantly surprised. 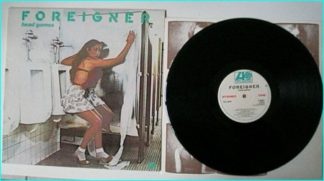