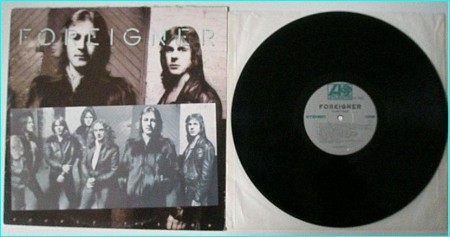 Double Vision is the second studio album by American rock band Foreigner, released in 1978. This album features the band signature song “”Hot Blooded””, which peaked at #3 on the Billboard Hot 100. The title track was also a major hit, peaking at #2. The track “”Tramontane”” was also the band only instrumental to be released on a Foreigner studio album.

Foreigner Rock On!
For many music acts who make a big commercial splash with their debut album, they usually fall victim to the “”sophomore jinx”” when they release their 2nd album (i.e. the 2nd album sells poorly, and the artist subsequently vanishes without a trace). Who knows what causes it? All *I* know is that it takes a very special 2nd album to keep the masses coming back for a second helping. The mighty rockers known as Foreigner, led by the unique, powerful voice of Lou Gramm, and the masterful guitar & vocals of Mick Jones, avoided the sophomore jinx just fine, thank you very much, with their 2nd album, 1978 “”Double Vision,”” which sold even more copies than their self-titled debut from the previous year. It all about quality, folks: “”Double Vision”” is another great album of melodic rock as only Foreigner can do it. Great stuff all over the place on this one: the classic head-bobbers “”Hot Blooded,”” the title song, and “”Blue Morning, Blue Day,”” and wonderful ballads like “”You’re All I Am,”” “”Back Where You Belong”” & “”I Have Waited So Long.”” There even a strong, rare Foreigner instrumental, “”Tramontane,”” and more kick-butt numbers like “”Love Has Taken It Toll,”” “”Lonely Children,”” and the awesome finale, “”Spellbinder.”” This new version of “”Double Vision”” also contains a pair of cool bonus tracks: a live version of “”Hot Blooded,”” and a live performance of a rare song, “”Love Maker.”” Foreigner *totally* rock the house with this pair of live tracks. Featuring top-notch, catchy tunes from end to end, and performed to perfection by the band, Foreigner “”Double Vision”” is an instant rock classic.

Foreigner was one of those bands that “”just couldn’t get no respect.”” Like many of their colleagues in the so-called “”corporate rock”” pigeon hole, the reality is that Foreigner music is listenable when bad and tremendous when good. For their second album they came up with a great set, only outdone (arguably) by “”4″”, which sold far better and got some grudgingly good reviews. Double Vision very quietly remains a classic of power-chord, blues-derived manrock in the Bad Company mold. But Foreigner is lent an unusually high degree of cross-gender acceptability owing to Lou Gramm unique and expressive sandpaper vocals, and a heavier dash of keyboards than most of the contemporary competition. Foreigner love songs (at least from ’77) are full of resolve for better or worse more than trite wistfulness, and “”Love Has Taken Its Toll”” and “”You’re All I Am”” both, for different reasons, ring truer than any random dozen Top 10 luv songs. The power-pop singles have that instant-classic flavor you can’t resist, among which “”Blue Morning Blue Day”” is especially rugged, and “”Hot Blooded”” the acknowledged classic. Foreigner albums always have a few I-hate-dangerous-women because I-love-dangerous-women songs (e.g. “”Spellbinder””). These are usually effective without offending because the characters seem real and Mr. Gramm is always saying how stupid he was and warning you male listeners to watch out for femme fatales before they getcha. Being scared of difficult (intelligent, powerful, cunning) women is very different from advocating their destruction or even their suppression, and Foreigner being branded “”misogynist”” from time to time is really ridiculous if you look at what actually being sung. “”Lonely Children”” is one of the more compelling kids-in-the-street fables, underpinned by another memorable and often-copied Mick Jones riff. All in all, a great rock record full of inspired singing, top production, and nary a bad tune.

Secured Their Footing
Foreigner second album in 1978 including their major hits such as HOT BLOODED, BLUE MORNING, BLUE DAY, and DOUBLE VISION is an excellent example of late 70 melodic rock. They made a sensatiojal debut in 1977 and this follow-up consequently secured their status in American pop scene. In addition this album should be noted as the work that helped propell the melodic rock genre into prosperity. Their crisp, catchy, palpable pop rock style caught wide attention and eventually influenced a number of rock-stars-to-be that followed including Survivor and 38 Special. Magic of songwriting might have come from Mick Jones (an archirival of Jim Peterik) who had previously worked with top-level musicians including Gary Wright.
This album has a number of mid-tempo power ballads such as YOU ARE ALL I AM (lyrics are wonderful!) BACK WHERE YOU BELONG, LOVE HAS TAKEN ITS TOLL as well as an instrumental TRAMONTANE that alone can be the reason to buy this album.
Highly recommended for late 70 pop rock fans and Survivor, Journey, TOTO, and Kansas fans. 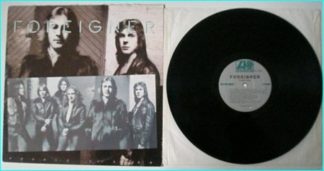