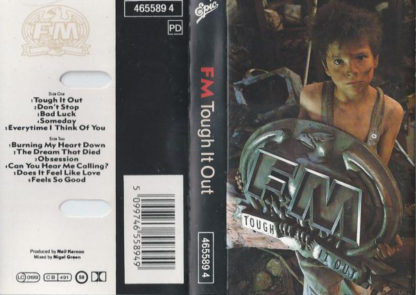 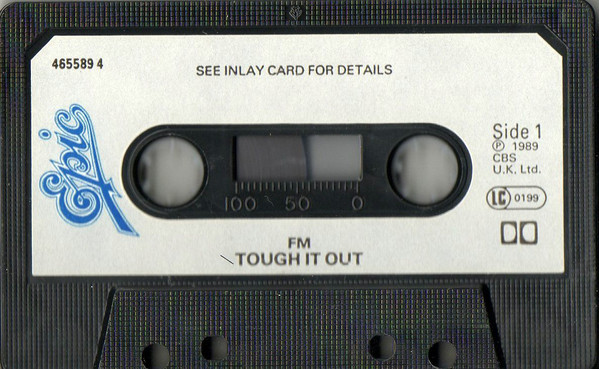 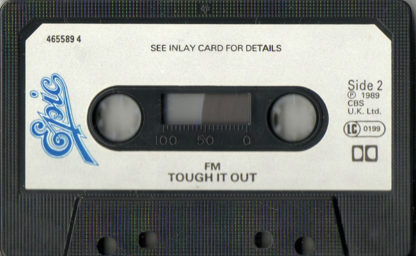 FM deserves to be up with the best ie: bon jovi, Aerosmith, Bryan Adams. etc, etc, Steve Overland has one of the best voices in rock music ever!

In 1989, the glorious year for Melodic Rock / AOR music, “Tough It Out” was the second album by FM.
Their debut album, ‘Indiscreet’, set the scene perfectly. This was a British band with their eyes set firmly on the American market, playing music equal to, if not superior, than masters of the craft such as Foreigner, Journey and Survivor.

That they had not earned a significant sales foothold was shocking but it only fueled their resolve to come back out swinging with their sophomore album, the stoically titled “Tough It Out”.
This time around they were taking no chances. Arming themselves with new management (REO Speedwagon’s representative) a top notch producer in Neil Kernon and topping off their determination by collaborating with some of the best songwriters of the day (including Desmond Child) they constructed an album of serious potential. Tough It Out” takes all the excitement of their first album and infuses it with top class production and an energy that suggested they weren’t going to take any prisoners.
Mixed by Nigel Green (Def Leppard), the album contains eleven stunning slices of melodic AOR including such crowd pleasers as “Don’t Stop”, “Bad Luck”, “Burning My Heart Down” and “Someday (You’ll Come Running)”.
As always, Steve Overland must be credited for his superlative performance – outstanding vocals that turn quality songs into exploding supernovas of melody and sophistication.
The end result is truly, one of the greatest AOR albums of all time.
A Must Have