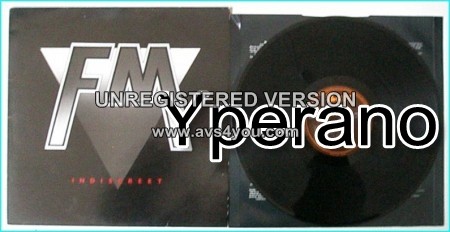 Indiscreet is the debut album from British AOR/hard rock band FM. Indiscreet was originally released in 1986 on the Portrait Records label, a sister label of Epic Records. The song “”Frozen Heart”” became a moderately successful single. The song “”That Girl”” was covered by Iron Maiden as a Bide to their single “”Stranger in a Strange Land””. This is likely because future FM member Andy Barnett (who was actually not a member of FM for this album) is a friend of Maiden guitarist Adrian Smith and they had written “”That Girl”” together. They would later play together again on Smith ASAP project.

Made In England,
With printed inner sleeve

This is a classic FM album, that also contains the song That Girl, that inspired IRON MAIDEN to cover it:

RON MAIDEN – THAT GIRL COVER (Originally a song by FM)

5.0 out of 5 stars Id love to hear this one more time!,
I used to have this on Vinyl when it came out but allas It went missing ages ago, but id love to hear this again, saw this band live a number of times, and they are still the best live band I ever saw, (and I’ve seen a lot) brilliant vocalist, and live show. I wonder what there doing now? If you like smooth rock you should love this classic album.

5.0 out of 5 stars Eighties melodic rock classic.,
I bought FM Indiscreet in 1988. It was a complete whim’ but when I got home and put the cassette in my Hi-Fi I was immediately entranced. It was extremely well produced with a rich, tight sound.
Musically it is excellent with some wonderful double bass drum and hi-hat riffs by Pete Jupp and great keyboards (Didge Digital. Don’t think that was his real name) and guitars (Chris Overland), solid bass work (Merv Goldsworthy) and Steve Overland vocals are perfect for the sound.
Every song is a gem, though some are rather cliched; but it 80, big perm rock was, right?

Be the first to review “FM: Indiscreet LP. Includes great songs like “That Girl” which was covered by IRON MAIDEN. Check VIDEOS” Cancel reply 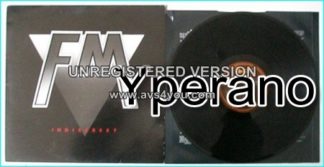 You're viewing: FM: Indiscreet LP. Includes great songs like “That Girl” which was covered by IRON MAIDEN. Check VIDEOS £4.99
Add to basket