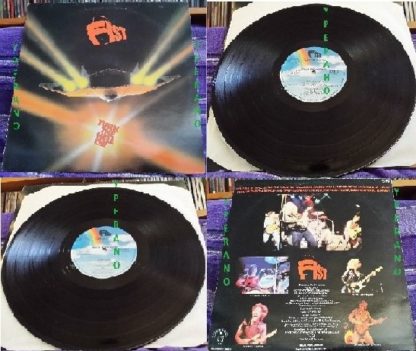 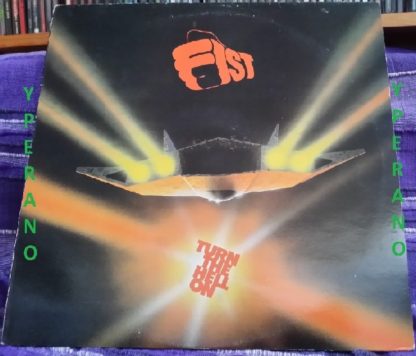 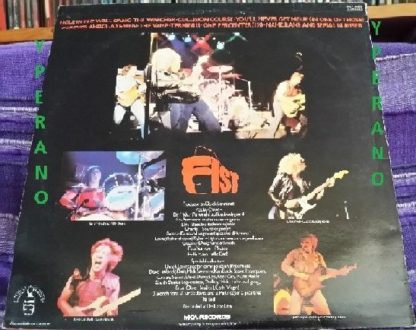 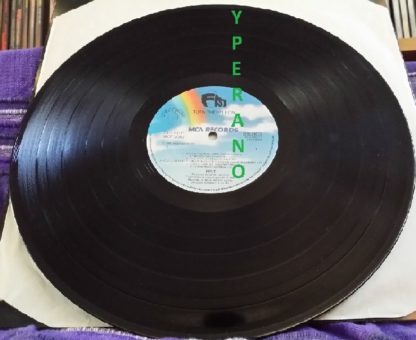 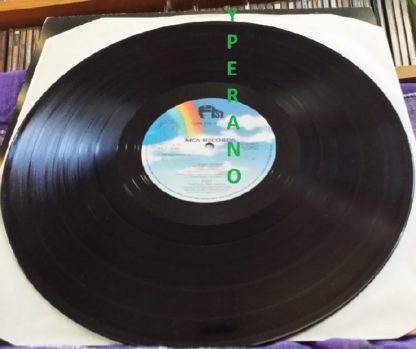 Diamond Head’s Brian Tatler on Fist’s – Name, Rank & Serial Number  I always liked this single. I think it was Sean Harris (Diamond Head vocalist) who bought this when it came out. We always liked to check out what the competition were up to. Usually, we’d sit there and play a record from any other NWOBHM act and slag it off! But this one, we really enjoyed. I listened to it again very recently, and it still sounds very good. They are still going, aren’t they? Good for them! This is the sort of song Metallica might have once covered. I suppose it’s part of a long list of NWOBHM tracks they could have done. And that might have made them more well known, giving this song the attention it deserves. I suppose it must annoy some bands that we had many songs covered by Metallica, and they had none. Not that I’m saying Fist think in that way, but you can understand why it would irritate some musicians. But that was a lucky break for us. Fist were on Neat Records, a small label in the North East of England, and the fact they were not with a bigger company might have hurt them. But it’s a fine song, worth anyone checking out.”. 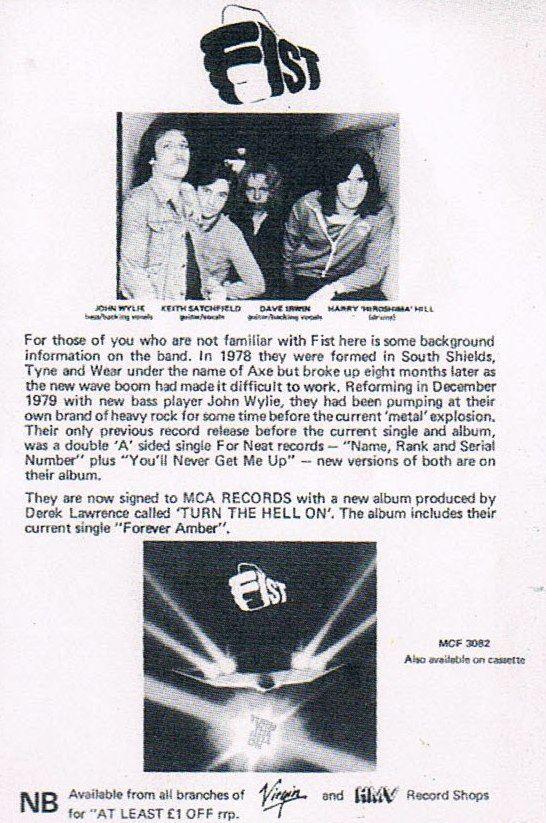 5.0 out of 5 stars First class NWOBHM
A lost gem of an album. I saw them support Iron Maiden in 1981 and can still remember how good they were. Not one bad track on the album, its a real shame they never had the luck that Maiden had. If you like old time metal with good tunes buy this…go on, you know you want to !!! 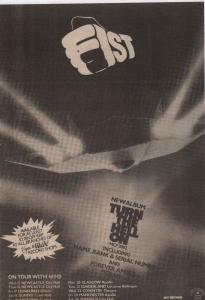 Classic NWBOHM turning the Hell on.     Fist is one of those often forgotten NWBOHM bands that put out a few albums in the early 80s before fading into obscurity, disbanding soon after. Their debut, Turn the Hell On, was released on MCA, but unfortunately MCA let Fist go after this album didn’t become as commercially viable as the company had hoped. What a shame!

The record has lovably tinny production and loose playing. It’s one of those rare instances in which the amateurish production and playing is required for the album to work. It would lose all its charm if it was flawlessly played and recorded. These guys were the “One Percenters” aching for freedom through rock and roll, and they do so by rocking hard. It feels as if they are playing live, and the album is all the better for it. These are great, early metal tracks; a lot of fun and not much more.

The riffs are cool, somewhat catchy and masculine. Solid as a rock, groovy and classic NWBOHM. Forever Amber (one of the band’s singles) has a truly great hard rock riff that carries the entire song. Forget hokey ballads: Forever Amber is how you write truly metal love songs. Axeman is effortlessly groovy and suave; One Percenter has a great speed riff. The bright rock guitar tone carries the album. There are even two guitarists to enjoy, the second one providing extra backing, which gives the album a more fleshed out sound. The singing is very energetic too. It’s far from technically proficient, but it’s so much.. fun! It’s a little scratchy, and relatively low for metal. He’s like a clearer Lemmy, with as much attitude. There’s a bit of an echo on it, which happens to only enhance it. It’s as solid as the guitar playing: just about right.

Time and time again the band pleases by making precisely the right decisions. The second track, The Watcher, starts as if it will be a dull ballad, until the bands decides: “No way, that’s for wimps” and plays a groovy rocker instead. There is a brief ballad interlude in the middle, but it serves to power the remainder of the song, especially as it’s followed up by a cool guitar solo, backed up by the second guitar and bass. And just when you might think the record may be a little monotonous, they throw something completely original at you, such as The Vamp.

Lyrically Fist had it just right too. You’ll Never Get Me Up is vintage speed metal – a brief burst of NWOBHM perfection, and it’s about the fear of flying, which apparently haunted one of the band members. There is no preposterous nonsense about the occult or Satan in the lyrics at all; just good ol’ rocking. Some songs are saved by the incredibly cool lyrics. There are believable, authentically rebellious lyrics: “Throw me in a line, and I’ll step right over / Can you see I just don’t care?”. The album is brief and filled with great hard rock like the final track is Name, Rank, and Serial Number, one of Neat Records’ most famous singles, and justly so.

This was a good start for a NWOBHM; it said: “Screw those 70s rock clichés, get out of the way; we’re gonna rock you in a new way – a metal way!” Everything was refined in their famous sophomore album, Back with a Vengeance, but Fist sure turned the hell on with their debut.

Be the first to review “FIST: Turn the Hell on LP Vinyl is near mint. NWOBHM perfection. Check samples” Cancel reply 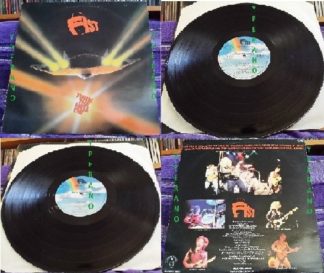 You're viewing: FIST: Turn the Hell on LP Vinyl is near mint. NWOBHM perfection. Check samples £10.00
Add to basket