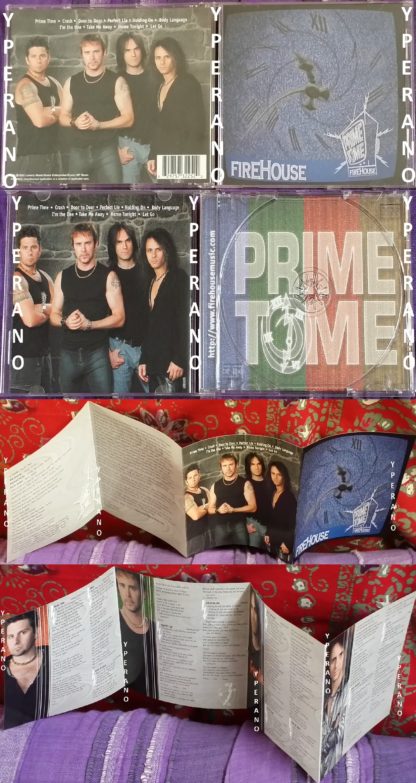 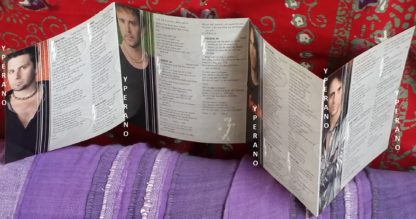 5.0 out of 5 stars Long Live REAL Rock ‘n’ Roll!,
Often times I don’t know what to expect from a rock act that enjoyed success in years gone by. The need and desire to feel contemporary often leads to just plain poor albums. See Metallicas “St. Anger.” There is $20 I’ll never get back. But, I knew what to expect from Firehouse. A solid hard rock album.
And thats what Prime Time is!

From Prime Time to Let Go, I was legitimately impressed. They made no efforts to sound alternative, boring, or rap. The three elements that most bands thrive for today producing the very worst era in rock history. They sound like the Firehouse I know and love. And I do love!

Some songs to check out are Let Go, which is perhaps the best ballad I’ve heard in at least a few years. Crash, which has a definite AC/DC vibe. Door to Door, which is both a good song chorus wise and a fantastic guitar jam. Home Tonight, which is very “old school” Firehouse sounding. I’m the One, a pure blues rock tune. Holding On, pure melody. and Perfect Lies, my personal favorite song off the album. Metal riffs mixed with Foreigner sound. Way cool!

So, if you get past the fact that the hair is a little shorter, the music is still rock and roll. Its frightening to me that an album that is both heavy but stays true to a melody is now called “Melodic Rock.” I mean, shouldn’t all songs have a melody? Isn’t that part of what makes it a song? It annoys me that this album gets next to no air play. It is a hundred times better than the pure unadulterated crap that is on the radio today. All I can hope is that the rumors of a rock revolution are true. Firehouse belong at the top of the list of bands to enjoy that revolution!

If you like real rock and roll or are or ever have considered yourself a Firehouse fan, pick up the album. Whatever price you pay, its well worth it!
———————————————————-
5.0 out of 5 stars Still putting out great music!,
This continues on the Firehouse legacy. Another top studio CD from a great hard rock band. These guys have never stopped (unlike many of their other contemporaries) and there is good reason why. This is some solid music and a great live band.
———————————————————-
5.0 out of 5 stars STILL ROCKIN’,
You thought Firehouse was just one of those early ’90s pop metal bands, just holding onto hard rock and trying to milk it for all its worth before the world went grunge. Everyone remembers “Love of a Lifetime” and “All She Wrote”. Man, those were great songs. You probably thought that Firehouse might’ve had another album or two before fading off into obscurity. Well, guess what? They never went away. Firehouse has been putting out the hits every since their first album and they just won’t quit. Every album is greater than the last one.
They really found their roots again with this album and they sound like they’re having a blast. Guitarist Bill Leverty even lends lead vocals to several tracks. The sound quality, performance, and production are top-notch. CJ Snare still hits every high note, just like back in the good ol’ days. Drummer Michael Foster hasn’t lost a beat in the years since the band formed. He hits ’em HARD. If you are a fan of any pop metal act from the late ’80s or early ’90s, this is the pinnacle of all they strived for – rockin’ guitars, screamin’ high vocals, pounding drums, thundering bass, a little bit of emotion, and a whole lot of fun. BUY IT TODAY.
———————————————————-
5.0 out of 5 stars Prime Time: By far their Best CD so far!,
As an avid Firehouse fan, out of all the albums that I have ever bought, PRIMETIME by far is their best!
from the opening title song to their last Let It Go, I can’t describe in words how awesome this whole cd is!
My favorite songs on this cd are:
1. DOOR TO DOOR – which is their song about NASCAR, and racing on Sunday,Drummer Michael Foster sings this song. Now if NASCAR would replace METALLICAs “FUEL” with Door to Door that would be great!
2. PERFECT LIE 3. CRASH 4. PRIME TIME 5. HOME TONIGHT.. Actually there is not a BAD song at all on this cd. This is totally worth buying
In my opinion, I think that this is their heaviest cd they have ever made. It has that ‘dark’ feel to it, but still has the rock feel to it. They still have the classic ‘harmony’ thing going, although not as much as their other cds. I definitely give this cd a 5 stars!
———————————————————-
5.0 out of 5 stars FireHouse Prime Time,
I think that this is really a cool album by the band to have in your collection if your a big fan of the bands music,all the songs sound really cool.
———————————————————-
5.0 out of 5 stars Great Album,
This is a great album from firehouse, which always makes awesome music. i got into firehouse cuz my favorite band is def leppard. That would be awesome if an 80s rock revolution did happen.. and those songs were on top of the billboard. I heard the band ‘The Darkness’ is trying to bring back hair metal, which i hope happens! My favorite songs on Prime Time are Let Go, and Crash. I
———————————————————-
5.0 out of 5 stars Strong return from Firehouse…,
Over the past 13 years that Firehouse has been together its nice to see that they haven’t changed to fit in todays music scene.
With Prime Time the band returns to the vibe of their earlier albums and with this release the band is in ‘Prime’ form, from start to finish Firehouse rocks hard.

Album highlights include the funky title track the hard edged Crash (which reminds me alot of Shake and Tumble off of Firehouses debut) the bluesy rockers of Holding On and I’m The One and my two personal favs. (that if the band had the right promotion would be singles) Body Langauge and Perfect Lie. Finally to close out the album is the ballad Let Go which is one of the bands best written songs in recent years.

This is a must for any Firehouse fan but it will surprise any fan of melodic/hard rock. Prime Time is vintage Firehouse with a bit of a modern twist, the band stays true to themselves as well as their fans. So pick this one up its definitely worth a listen!
———————————————————-
5.0 out of 5 stars Excellent , perfect , super , hyper , ultra , mega etc.,
Thats a MUST HAVE album . What more can I say? Six stars over five . Its good.
———————————————————-
5.0 out of 5 stars #1 Band in the World,
There is no doubt about it that FireHouse is the best band around these days, no one can match them other than perhaps Tesla. This is a great album overall, really good stuff, give it a listen a couple of times. I agree with the other review, they should just let CJ Snare do the singing, he sings flat out better, and is amazing. But overall great job FireHouse! 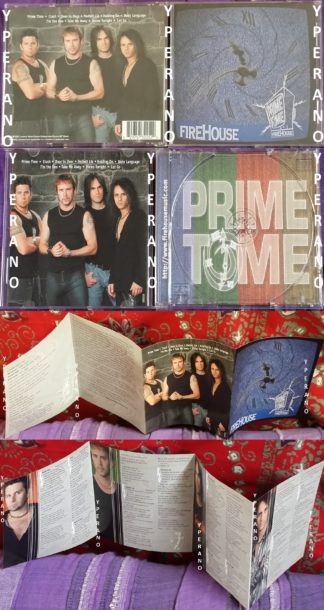