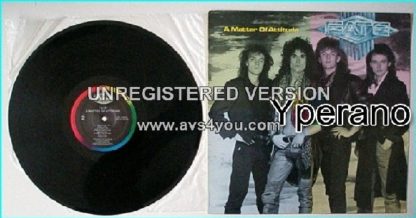 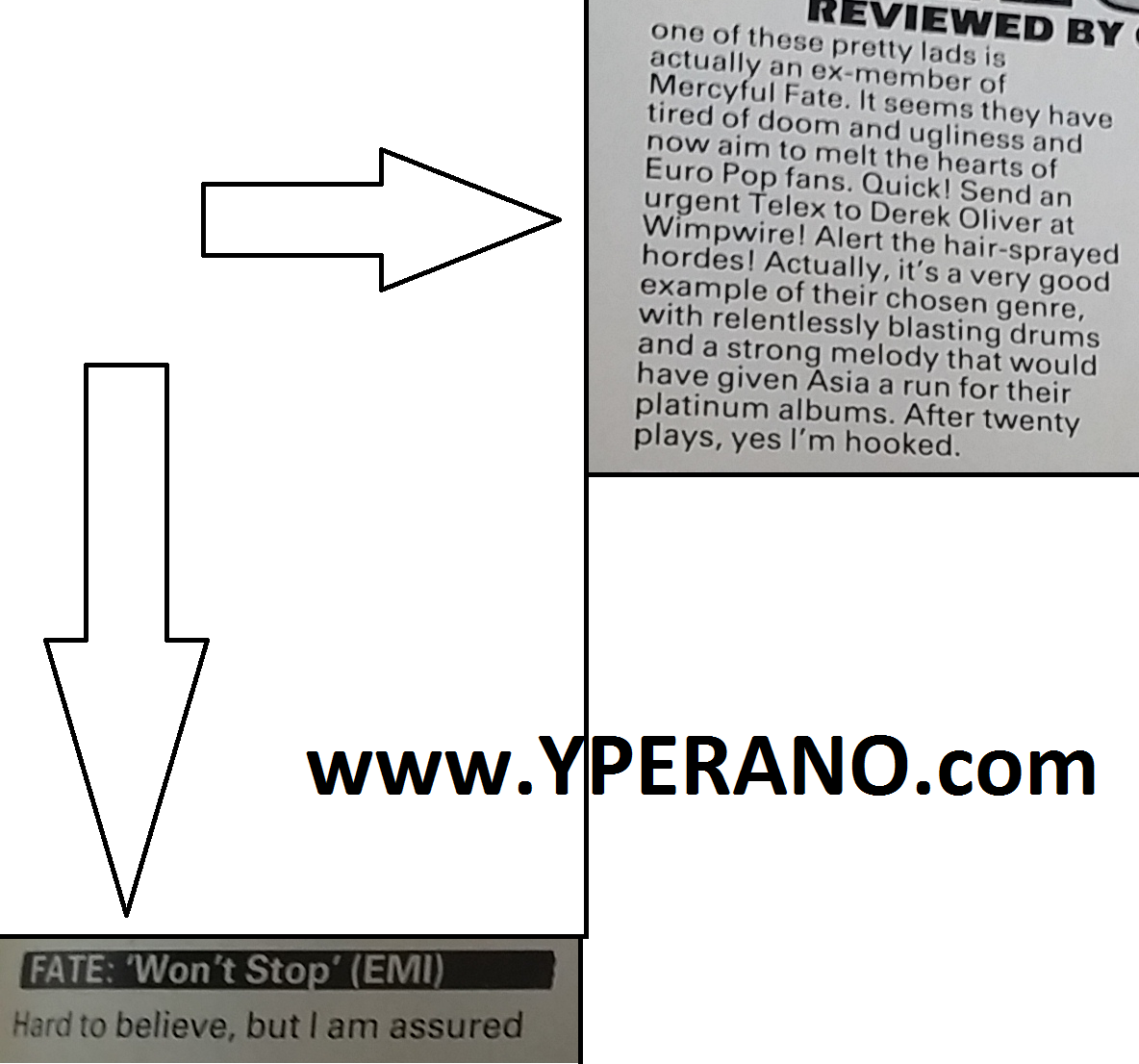 Danish hard rockers Fate was formed back in 1985 by Hank Sherman (Mercyful Fate), Peter Steincke, Bjarne Holm (Mercyful Fate) and Jeff Limbo. They released their self-titled debut album in 1985 with great success; the second album A Matter of Attitude released in 1986 was also a superb piece of hard rock.
Most MERCYFUL FATE fans are aware that the mighty Mercyful Fate broke up because guitarist Hank Sherman started writing more commercial material and King Diamond decided to dissolve the band rather than sully its reputation.

Fantastische AOR/melodieuze rock! Een echte aanrader.
——————————————————-
The best FATE album out there..If you like bands like Treat, Da Vinci and Dalton this is the one!! The best LP from Denmark…MELODIC METAL masterpiece.
——————————————————–
I used to love this cd back in ’88. I’m feeling so nostalgic. I remember that the singer had a really great voice.
Fantastic AOR album and great AOR hit ‘I Can’t Stand Losing You’!!
———————————————————
Yeahh the singer Jeff Limbo really had a great voice! American sounding…COOL! Point of no return is a killer track. AOR classic…this wonderful full of great melodies album….
———————————————————–
The opening trio of songs in ‘I Won’t Stop’, ‘Hard As A Rock’, and the totally brilliant ‘Can’t Stand Losing You’ will leave you breathless. ‘Point Of No Return’ is full of bombastic keyboards and hi-octane guitar from the ex King Diamond axe king Hank Sherman. ‘Hunter’ sounds very much like prime time Shy, while summerlove’ is a glorious hooky affair with a sublime chorus. AND what about ‘Limbo a Go Go’? What a chorus… If you love Dalton/Da Vinci/Treat this is essential. An awesome slice of AOR.
—————————————————-
These catchy, hook laiden songs will grow on u like algae… if u like AOR then highly recommended… a word of warning these songs WILL get stuck in your head, b warned… A Must have if you’re a Scandie rock fan – up there with the best of them.

If you’re into the classic 80s AOR bands then this Fate album is certainly recommended. ‘Hunter’ is a perfect AOR monster (best song on the album IMO) and ‘Hard as a Rock,’ ‘I Can’t Stand Losing You,’ and ‘Point of No Return’ are very solid offerings. The entire album is consistently catchy and well-played until the very end. A certain hit for fans of Shy, Dalton, or Treat
———————————————————–
This 80s classic still holds up brilliantly.HARD/AOR to put a massive smile on your face,and dream of poodle-perms and spandex. Anyway, DO IT DO IT DO IT 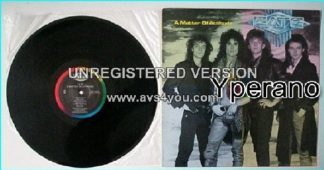