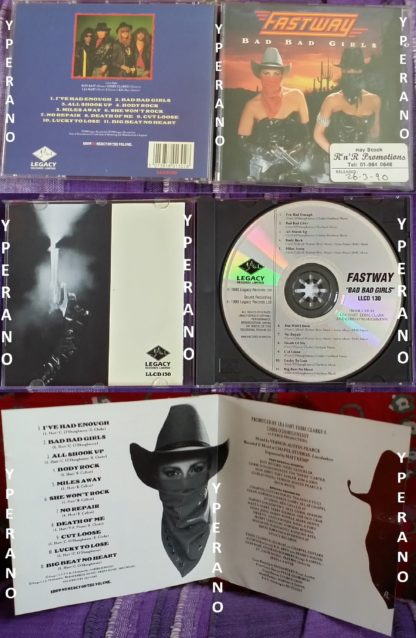 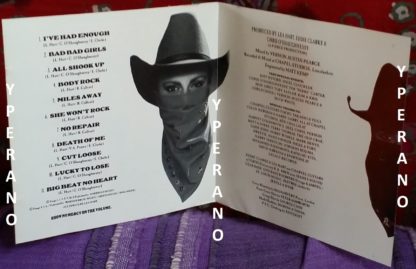 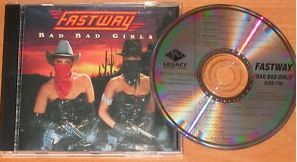 Fastway is a British heavy metal band formed by guitarist, “Fast” Eddie Clarke, formerly of Motörhead, and bassist, Pete Way, formerly of UFO. This was a restart for Fastway using vocalist Lea Hart and session musicians. In 1990 this duo released Bad Bad Girls, employing various session musicians including members of Girlschool. It was widely ignored and sold poorly, so now it is hard to find and a collectors item on CD. 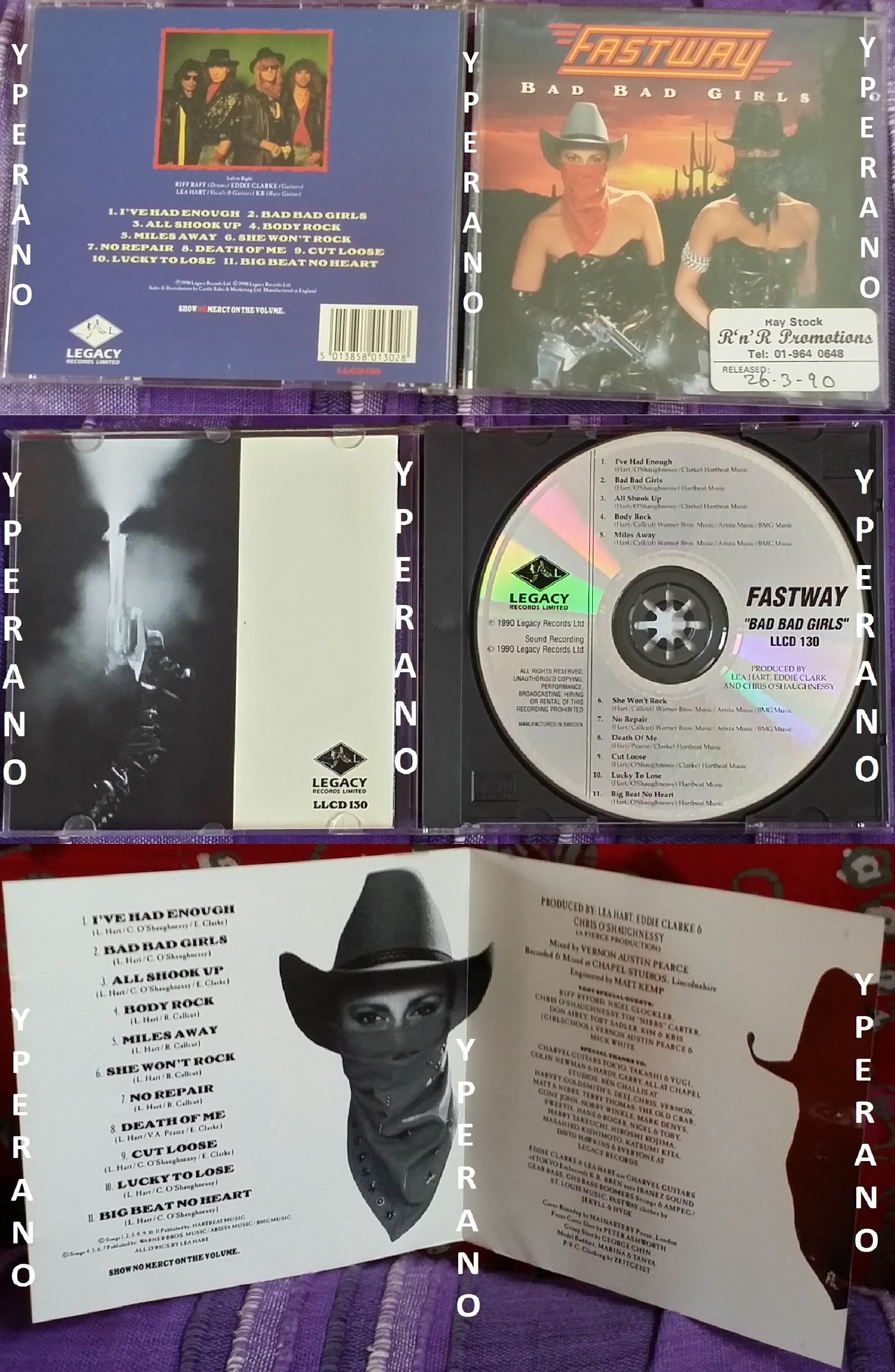 5.0 out of 5 stars Music wins out,
Much maligned effort because it doesn’t have original Fastway lead singer. Not sure which singer I like better. Both are fine, but lets get real they aren’t legends like Ozzy Osbourne, Sammy Hagar, Paul Stanley Kiss, Halford, or Bon Scott for a reason.

Anyway the deal with this one is not the singing voice (which is fine) or the lyrics (who honestly listens to this kind of music and cares about them anyway), it is the guitars and drums which are awesome. Far and away the best pedal to the metal work in their career from that standpoint. I usually think it is the only album that lives up to their name. Still not sure why I have every Fastway album as I don’t love them anywhere near that much. But this one and the Trick or Treat LP are good from start to finish (although Trick or Treat has a slight lull in it) while the others are spotty.

Anyway, musically every song is catchy and fast (sometimes breath-takingly fast and you gotta give a prop to the lead singer for keeping up). I especially like She Won’t Rock, but honestly if you get over the fact that it isn’t the “great” Dave King singing and as a Fastway fan give it a chance then I can imagine if I asked just 25 people that did that which song is their favorite, all of the songs would get listed at least once. Thankfully there are no (and I really mean no) slow songs or ballads.
————————————————————-
Bad Bad Girls is an awesome song. I’ve had Enough No Repair,& Big Beat no Heart are also solid tracks. Just about all the songs on this were later recorded by Paul Di’Anno(Fastway singer Lea Hart is now his manager).
————————————————————-
A great hard rock album. their songs are aggressive and powerful, good guitars & drums. “She won’t Rock” & “Bad Bad Girls” are the best.
————————————————————-
There seems to be 2 kinds of Fastway fans. The ones who love the early stuff and the ones who love the later stuff. This is not “on target” as it rocks harder and here are some catchy tracks on this release in my opinion. This is definitely not an early 80s sounding release.
————————————————————-
Very Good Melodic Hard Rock, otro album de buenisimo nivel y como que te gusta el Hard Melodico con ritmo y para meterse un baile como en “Body Rock” este tema es para mover el cuerpo Wow! como estoy bailando conmigo mismo tipo Billy Idol Auuuuuuuu!!! la mayoria de cortes cumplen de buenos para arriba un album bien parejo 8.5/10.
————————————————————-
Great album!!! …without understimating David Kings singing period in the band(nowadays he is back!)i think that Lea Hart gave Fastway a special touch..somehow an underrated vocalist and very humble as a person(had the chance to chat with him recently)..Leas tone of voice (quite unique to be honest)made the bands Melodic Rock/AOR songs sound marvellous!!!…”Body Rock”,”Miles Away”,”She Won’t Rock”,”No Repair” & “Big Beat No Heart” are fabulous 4 sure…get it!…95/100 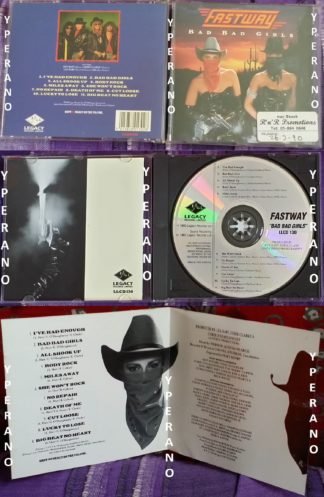