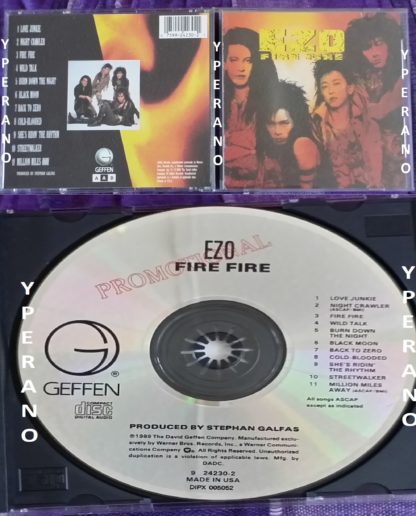 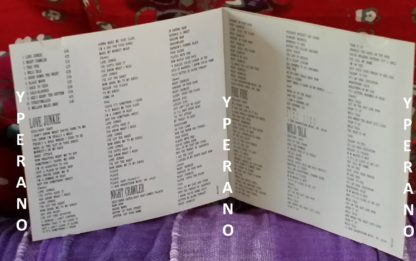 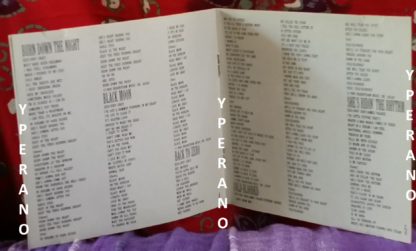 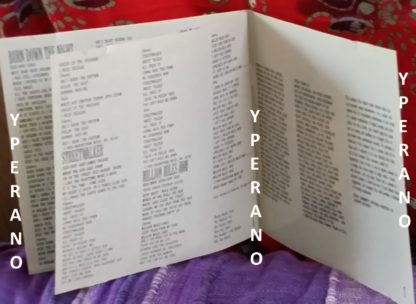 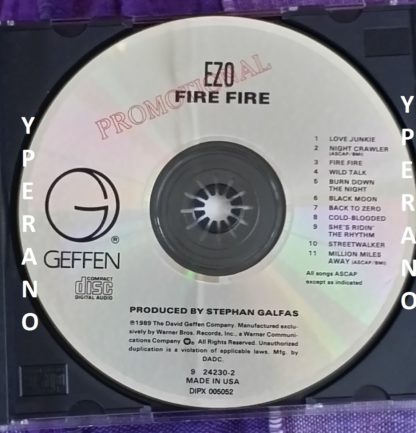 5.0 out of 5 stars Omigod, Japan has a really good rock band!,
Fire Fire came out around the time of GNRs Appetite for Destruction and reminded me of the time when alot of bands wanted to capture the sounds that were similar to Appetite for Destruction. If you missed that sound of the late ’80s and early ’90s before grunge took over, then Fire Fire is a great CD. No, they’re not a hair band. They actually have talent. They hailed from Japan and was part of a late 80s, early 90s movement by Japanese Heavy Metal bands that released albums in English.
EZO was a band that caught the eyes of Kisss Gene Simmons. They also toured as an opening band for GNR at one point.
This CD captured the sounds of 1989 as this was the era of hard rock before grunge took over. Great rough vocals that sounds like it was raked over gravel. I loved the guitars as it reminds me of true hard rock before the feedback noise of grunge became popular. EZO had the looks of a hair band but their music surpasses the fluff of Enuff-Z-Nuff, Poison, Warrant. Thankfully EZO had talent. It has that angry sound that made GNRs Appetite for Destruction a great CD.
Internal dissection and poor label support broke up the band after this CD.
The lead singer and drummer left to join legendary Japanese hard rock band Loudness.
EZO was actually the only Japanese Heavy Metal band that I loved….
They will be missed….
————————————————————-
5.0 out of 5 stars Great !!!
Second album of the japanese band EZO!! The songs are energetic and powerfull!!!
You’ll love it!!!
————————————————————-
5.0 out of 5 stars Great album
Lyrics and the melodies are all really good. Playing and vocals are great. These guys had talent. Much more then they got credit for if sales speak for it. EZO was much better then Loudness in my opinion.
————————————————————-
5.0 out of 5 stars EZO – ‘Fire Fire’
Fantastic late ’80s Japanese metal release.Just happen to come across my own personal copy of this CD,which I plan to keep. Check the high-energy opening rocker “Love Junkie”, “Night Crawler”(this tune has special meaning to me), “Burn Down The Night”, the awesome “Shes Ridin’ The Rhythm” and “Million Miles Away”. Also seem to recall “Streetwalker” from(maybe I think)being played on the old Z-Rock. Should appeal to fans of Kix,fellow Jap metal merchants Loudness,Cinderella,the first two Motley Crue albums and maybe Poison. A should-have.
————————————————————-
5.0 out of 5 stars Japanese metal at its best
It took me 8 years to locate theis album. I searched for it constantly. It is in one of my top 10 all time metal album list. I love the title track, and all the songs ROCK!
————————————————————-
5.0 out of 5 stars EZO Forever
I have always laughed at Japan rock. Lets face it. Its hilariously silly stuff. It makes Poison look and sound legit. But, these guys made one incredible record back in the day and this is it. I have always loved this cd even though Gene Simmons had a big hand in getting this recording made and released. It sounds great and it is both heavy and melodic. It rocks hard ! I would say that they were Dio like just to give those who have never heard it an example of their style. 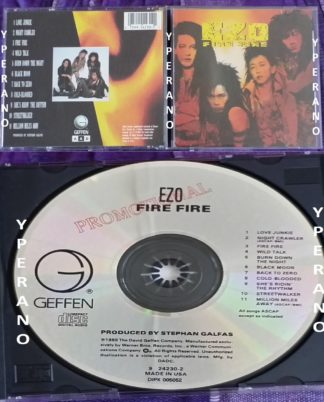