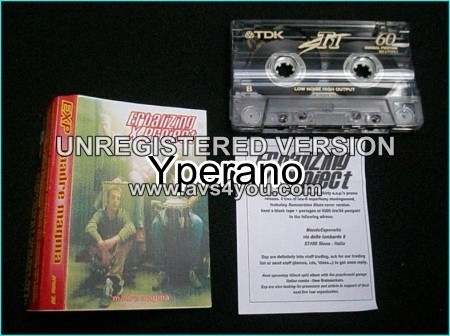 There is something like a heavy rock explosion in Italy. One of these bands that had been spitting out by this heavy volcano are E.X.P. Groove-laden, heavy like a bulldozer and psychedelic like the early 70, that are only a few words to describe their fuzz-driven Rock

What is stoner! Black Sabbath, Kyuss and Fu Manchu main influences for EXP, who put heart and energy on three tracks definitely convincing. Nothing new under the sun (but the rest is the stoner genre as to be derived by definition), but some interesting ideas, some decompression of sound (a bit ‘in the manner of Earthlings? For instance) make the least pleasant all ( “”……”” Kosmopojetic Elephant stands on all why). Low granite fuzz solos at will and “”desert”” intertwine and mingle in the overgroove EXP which are also produced in the good blues “”Sabbath”” of “”Sex Beatific Night?”” that showcases some creativity. Remaining in Italy, not yet at the Acajou, but the foundations are there. ”

Since a few years there something like a heavy rock explosion in Italy. One of these bands that had been spitting out by this heavy vulcano are E.X.P. Lysergic and groove-laden, heavy like a bulldozer and psychedelic like the early 70’s, that are only a few words to describe their fuzz-driven Rock. Their “3tx” promo was also very entertaining and so I contacted Nico (guitar) to get more informations about the past, present and future of the mysterious E.X.P.

And what a stoner it is! Black Sabbath, Kyuss and Fu Manchu are the main influences for EXP, which with heart and energy put on three decidedly convincing tracks. Nothing new under the sun (but for the rest it is the stoner as a genre that is derivative by definition), but some interesting ideas, some decompressions of the sound (a little in the manner of the Earthlings? To be clear) make everything at least pleasant ( “Kosmopojetic Elephant ……” stands out above all for this reason). Granitic bass, at will fuzz and “desert” solos intertwine and mingle in the EXP overgrooves which are also produced in the great “sabbathic” blues of “Sex Beatific Night?” which showcases a certain creativity. Staying in Italy, not yet at the level of the Acajou, but the premises are there.

Welcome, to Nico of E. X. P.!  Like in so many interviews. I like to start with the usual opening question. When did you started with the band and is it still the original line-up today ?

OK Klaus, this is Nico. First of all I’m really proud to join Cosmic Lava right now! E.X.P. was born with the universe a very long time ago, its something like a sort of supafuzzous interference transmitted on planet Earth directely from the supa planet. E.X.P. revealed its presence in late 1998. It was represented by a human delegation featuring the most supafuzzous men of the planet. The line up keeps on changin’ on & on since that era, just like this planet keeps on rollin’ on itself. I can’t remember all the faces of E.X.P., anyway I can say u that me and my brother Luca are in the band since the beginning, Jacopo did join one year ago.

Since the beginning days of E. X. P. , you’ve released some demos, split-CD’s and split-7″‘s and one (?) mini-CD. Please, give us an insight in your discography. Are all of the releases still available today?

The mini cd u’r talkin about is “Madre Magma” and it did introduce the band into the so-called stoner rock scene. U gotta know that each E.X.P.’s release contains a secret key openin; a secret door hidden throughout the universe. Unfortunally just a limited number of human beings did can get that old E.X.P. stuff. Unfortunally a more limited number recognized the key I was talkin about. In this moment, just promo ’01 is still available.

You describe the band as an open up supafuzzous psychedelic rock’n’ roll project. What does “open up” means for the band? Are you open up for different music styles and / or instruments, like for example the track “Koala’s Sleep” from the “3tx” promo, where you have integrated a short free-jazz part into the song ?

“Open up” psychedelic/blablabla project means both E.X.P. keeps on changing; line up – as I said – and E.X.P. represents a sort of musical influences caleydoscope. For example: when we recorded “Koala’s Sleep”, we jammed this song with a jazz musician – mr Romano Pratesi who did put a free jazz sax interference on the track. One week late, we did play live the same song with moog synthetizers and teramine players on the stage, “Koala’s Sleep” remained the same, the rifframa remained the same, but, honestely, I can`t remember any jazz influences that night, I just remember that I was playin a total brainstormin tune, y know what i mean?

What does E. X. P. means ? Somewhere I’ve read ERBALIZING X PROJECT, so it’s obvious to see that you are love to smoke weed. Please, give us some explanations about the name and are substances like THC important for your musical creativity ?

No, they aren’t in the way I consider my natural soul alterations much more usefull than dopes for my songwriting. Anyway, i know that anybody uses dopes to write music. This is ok for them. I think that dopes are a good for takin, articificial fun and artificial state of cousciousness and I don’t think that what is artificial is bad. About the name, E.X.P. is a magicmysthickeyword, if u repeat it in a circular way – as a mantra -, a secret meanin’ of the universe will be revealed.  Let`s try!!

One thing, I was really curiosed about is the length of the tracks from the “3tx” promo. Two of the songs are only two minutes long and one track is three minutes long. Is this typical for E. X.P. or are these songs only fragments from longer tracks?

Definitely so few things are typical with E.X.P. and this is not one of that things. Those songs are so short just ‘coz they need to be short, we didn’t chose it, but it was useful for a promo release. New stuff features very short songs (“Hierbalarga 4 ex”) and 6/7 minutes tunes too. We don’t care about how many minutes is a song long, we just mind it got to sound fuckin nice.

You have recorded “3tx” in your practice space and therefore  I must say,  the sound quality is very  good. After that you have mixed the recordings in a studio. Are you satisfied with the result?

The sound is quite good for a promo cd release. Ya, we are.

What means the band for all members? Is it only something like a hobby or is it a full-time project? Do you practice a lot ?

I’m living my life just studyin’ philsophy and playin’ guitar in my band; Luca and Jacopo work at a radiostation and they play bass and voice at E.X.P. We’re livin’ our lifes just to play r’n’r, to expande our knowledge and to love’ women….seriously we’re just messangers, we’re delegated by the supa planet. We got a mission: to let mankind know that there’s a better way for livin’ right now, more happy and satisfyin.

The “3tx” promo shows, that you are a well-oiled fuzz rock machine. I´ve read somewhere that you are playin a lot of gigs all around Italy. How important are live-shows for the band  and have you ever played outside of Italy ?

The new E. X. P. mini-cd will be available in early Febuary 2002. Are there any great musical differences to older material and why haven’t you recorded a whole full-length album

The title of the new mini cd is “Pachamama” (it means Mother Earth in Mapuge lenguage). It`ll come out attached to  Vincebus Eruptum mag issue #7. It will be available for free in a 500 copies limited etition. “Pachamama” contains 8 tx: 5 brand new songs,”Tripscapes” and “Sex”, “Beatific Night”, “Magma Mother Lights the Yawnin”, “Tar Planes”; extract from “Madre Magma” (new arrangement and new lyrics) and the E.X.P. cover version of the MC5 classic “Kick Out the Jams” The sound of instruments is the same elephant stompcrushin noise of ever, but the songs are more blues oriented to Detroit sounds of the end of the 60’s. About a full lenght album release, we’ll just record it next springtime.

Like you already know, the Italian underground scene has been grown very large during the last three years with bands that are playing different heavy styles (from Doom to Spacerock) . Are there a lot of gigs, tours or maybe festivals in Italy and how big is the interest of Italians in heavy 70´s influenced Rock ? Do you receive a lot of responses for your work with E.X.P.?

Hhhuuummm, Italians are interested in soccer and discos over all. Anyway, there are a lot of good heavy rock bands here, it’s true. I appreciate  a lot of them for their sound and attitude. The problem is that it`s very difficult to find good deals for live shows. There’re few good clubs for heavy music and they don`t pay the bands enough.

Thanks a lot, Nico!  I know it’s a general question, but any last words that you would like to state here?

Hey man, i love this kind of general question!!! So….let me add:

1st – I love all the girls readin’ Cosmic Lava…u’r so wonderfull and so pretty, lovely and sexy!!!

2nd – I hope to meet u everybody (sisters and brothers) during E.X.P.s next European tour.

5th – a vorticousupafuzzous kiss to my brother Federico ‘shroomaster from Dragonauta…the ‘shroom wisdom will awake and save Argentina, brother!!

6th – anybody in Europe take care with the fuckin’ ripp-offers during the next Euro courrency upcomin’!!!

9th – Let’s wait for a brand new better supafuzzous world, it is soon to come

10th – Love and peace for my sisters and brothers right now! 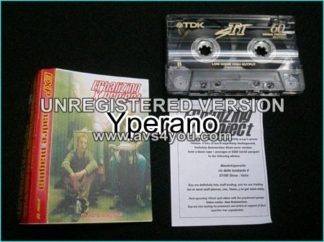